Most people think January and February are the best times to plan a ski trip, but it may come to a surprise for some that March is just as good a time to go skiing, if not better in some ways. Here are the top 5 reasons you should consider planning your next winter vacation in March.

1. Fewer people in the resort

During March there are much fewer visitors in Bansko than during the rest of the season. Once the February mid-term school holidays in the UK are over, as well as most other countries’ winter school holidays, things in Bansko quite down. The slopes are emptier, the queue for the gondola is shorter, the restaurants aren’t full and so on. Another benefit of the smaller crowds is that the slopes deteriorate much slower.

As is tradition, the ski lift prices drop by 20% around the middle of March, but that’s not the only thing that’s cheaper. Most hotel rates are lower than during the peak of the season and many shops start their “Season Ending” sales and you can find some great deals on equipment. While savings might not seem that much at first, when you add up the numbers for a full ski week for a family, it can make a difference. 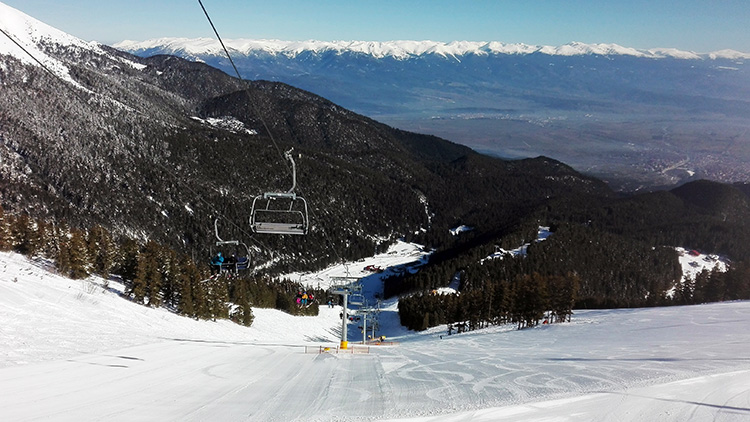 3. The most snow of the season

The snow cover doesn’t start to diminish noticeably until around the end of March and there is always at least one big snow dump at the beginning of the month. Conditions off-piste are very good around this time most years and are perfect for big mountain adventures. You probably won’t be skiing waist-deep powder in the woods around the lifts like in January, but you could easily hire a guide to take you higher in the mountains, which is even cooler. The slopes themselves are also great, in the morning you have perfect conditions with a nice corduroy finish of the slopes. While later in the day the snow softens up and is perfect for goofing around. 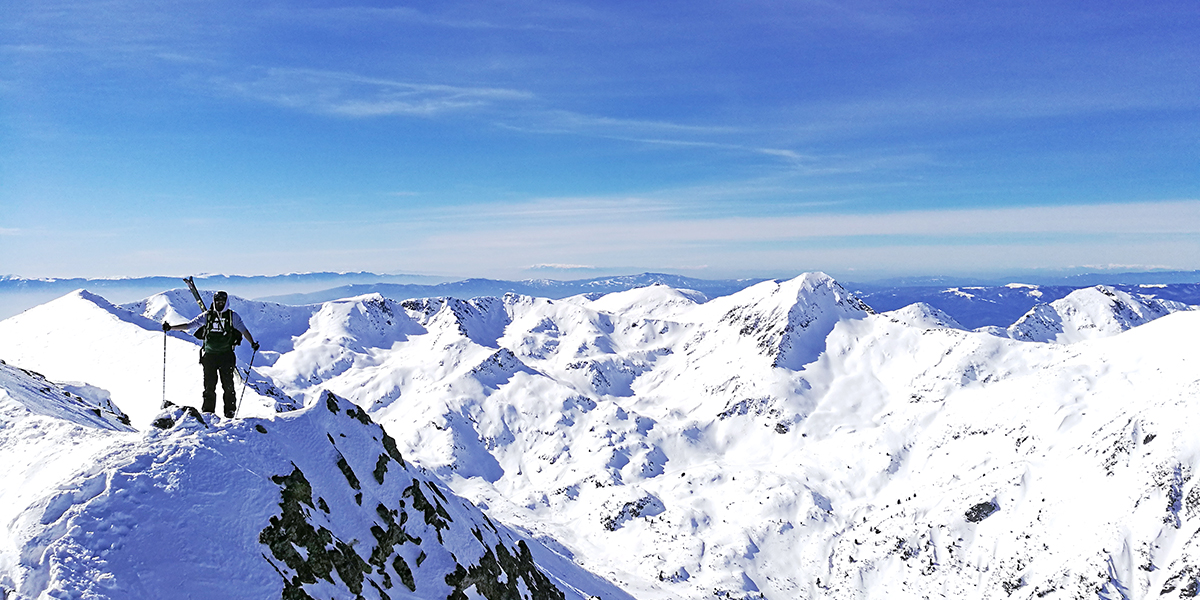 During March you’ll have the best chance to get good big mountain conditions.

The average temperature is slightly higher in March than earlier in the season (what a surprise…) and this makes a full day on the slopes less tiring. When you’re not battling the cold and trying to stay warm most of the day you’ll find you have much more energy and motivation to ski till the end. And there’s nothing like ordering a beer on the slopes while wearing just a t-shirt and sunglasses and working on your facial tan. Also, going out in the evening is much better as there probably won’t be any ice and snow on the sidewalks in Bansko. 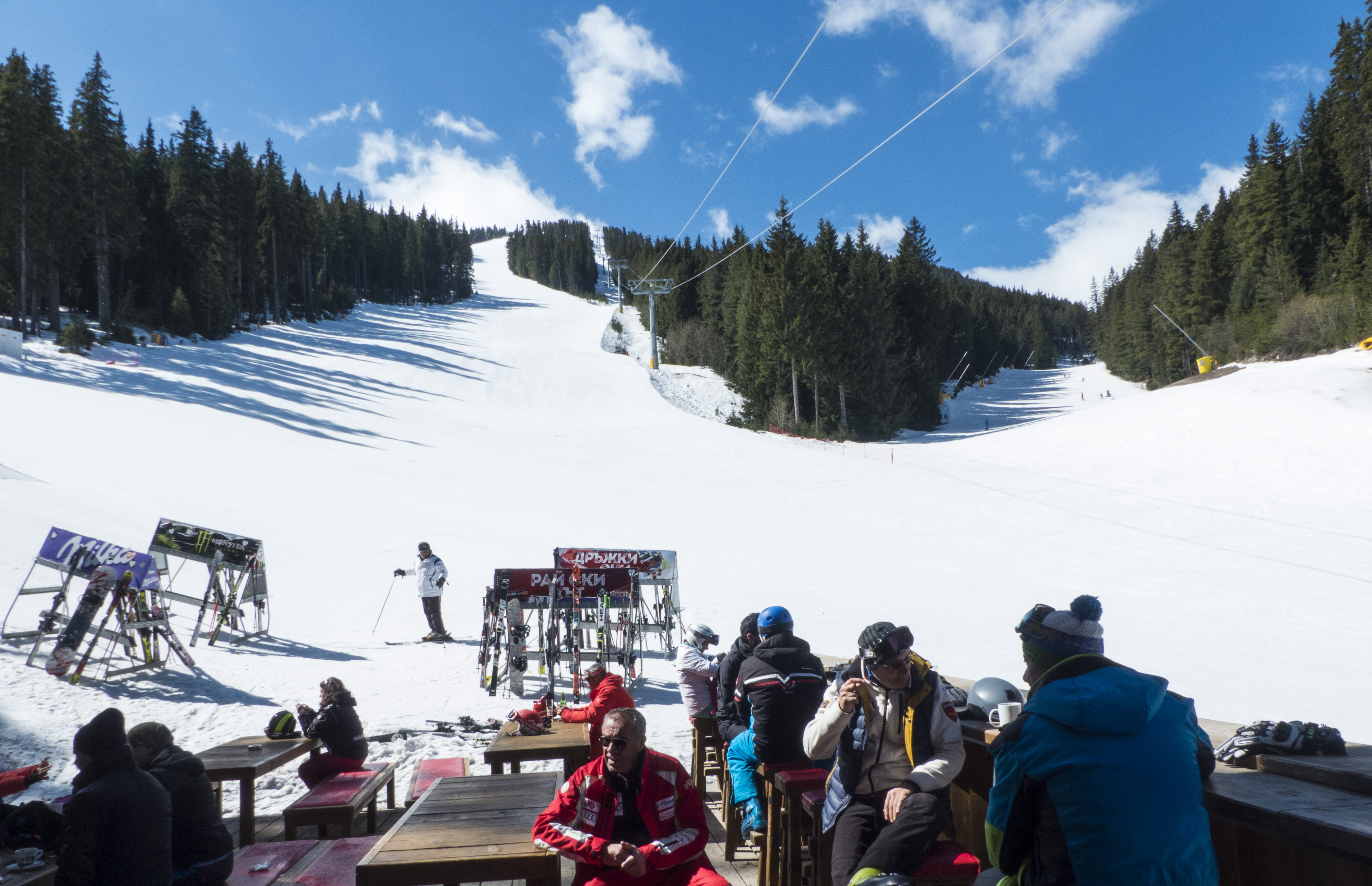 The 180 bar is a good place for a hot drink on the slopes.

5. More things to do other than skiing

During the peak of the season in January and mostly February there isn’t much to do other than go skiing. In March on the other hand, as there is no snow in the valley below the ski area you can choose from a wider selection of other activities. Such as horseback riding, taking a walk around Bansko or even renting a bike for a day. But one of the best non-ski activities is taking a full day to go to a hot mineral spring and relaxing. During late March, temperatures during the day can reach 15°C and are perfect for the pool. 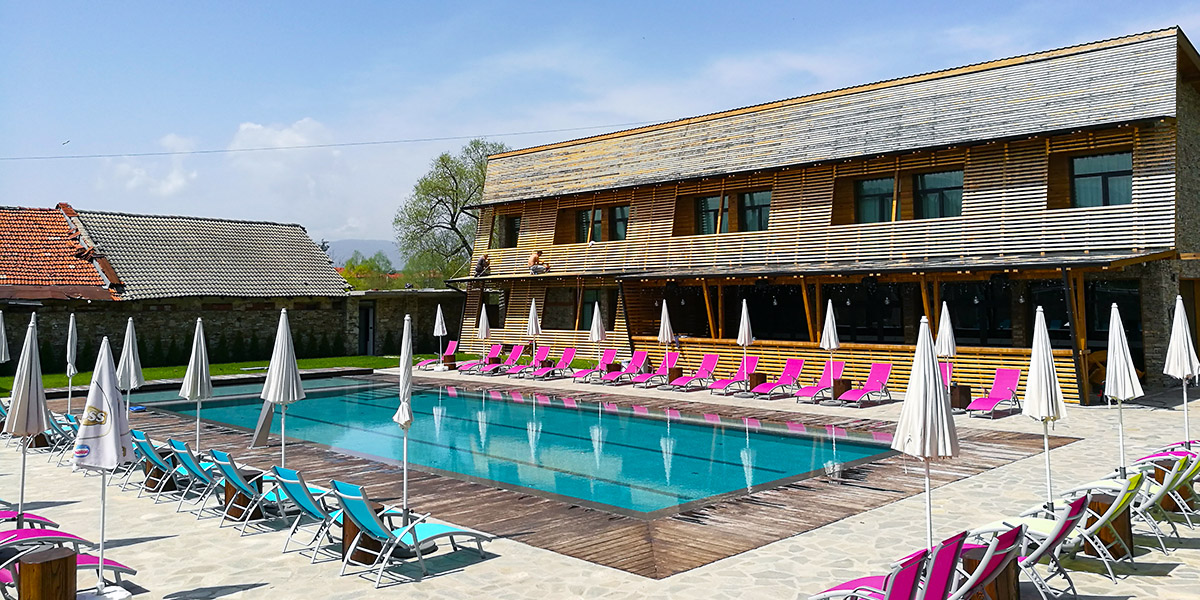