Hello March and happy Baba Marta. On this day in Bulgaria, we celebrate Baba Marta, a traditional holiday in which people gift each other handwoven bracelets in red and white for good health and luck throughout the year. It also marks the end of winter and the beginning of spring. With the start of March, we also mark the end of the peak season here in Bansko, which is good news for everyone who has yet to come skiing this winter. 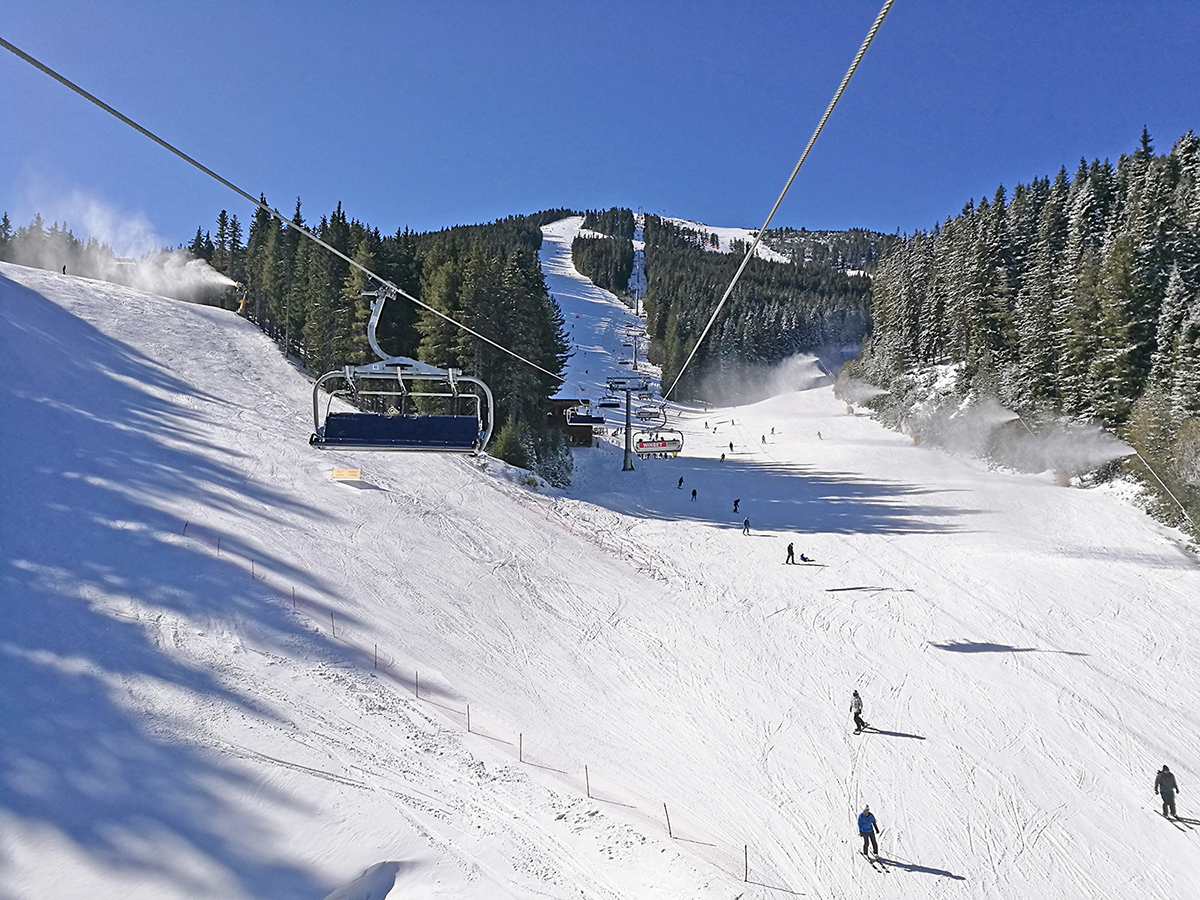 There are still many people in the resort, but those numbers are starting to go down. The queue for the gondola in the morning is very small at 8:30 AM, but by 9-9:30 AM there is already a long line outside of the gondola station. It’s not as long as during the winter holidays and much shorter than this time last year, but it can still be around 45 minutes to an hour long. By noon there is almost no line and one can quickly get up to mountain and ski until 4:30 PM. On the mountain, the lift lines aren’t bad in general. Some lifts have queues, others don’t, but the wait is no more than 5 minutes on the busiest lift. 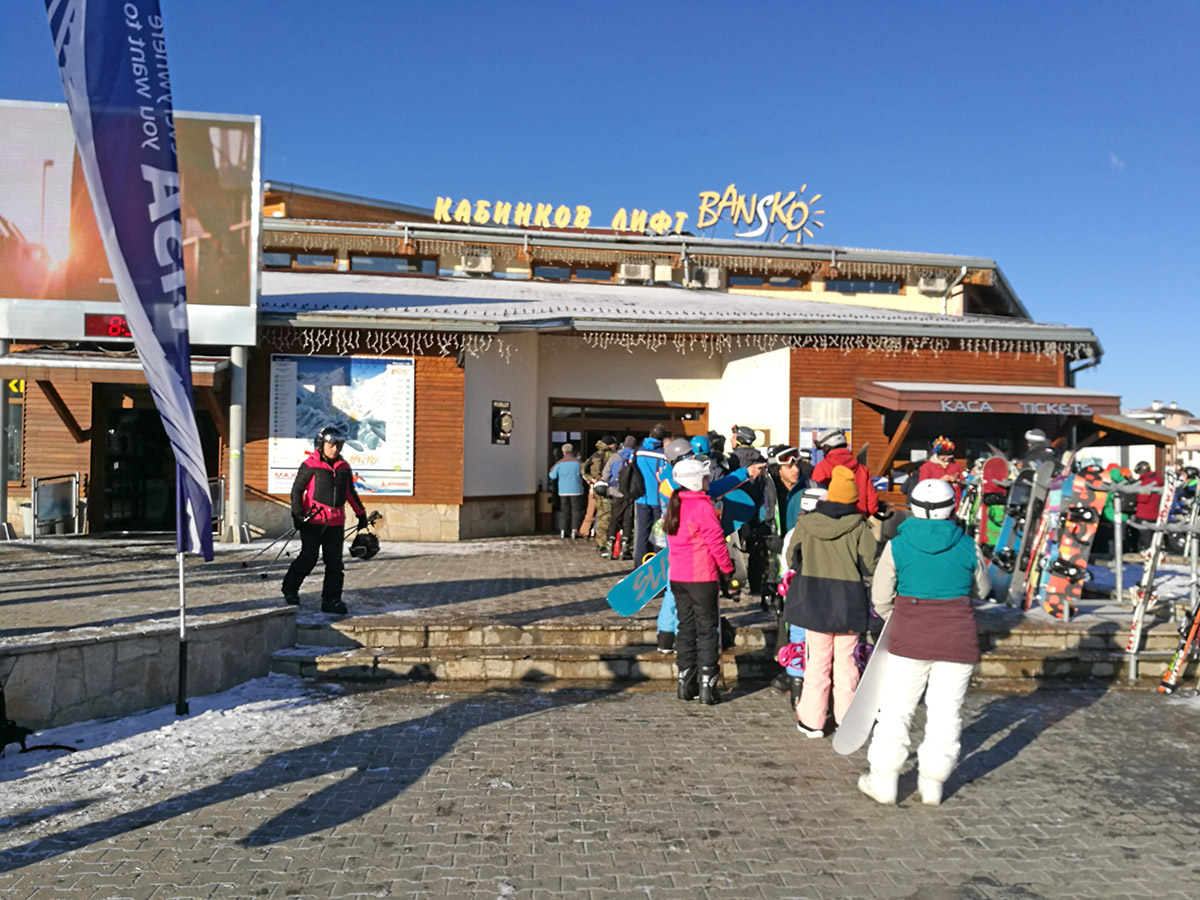 The queue at the gondola base station at 8:30 AM. Even though it looks long, it’ll take you only 20-30 minutes to get on the lift.

Over the last week we got around 20-25cm more snow on Thursday and Friday, which has made the slopes feel much more natural, rather than artificial. There were heavy winds though, which have made conditions off-piste not so great, even with the extra snow. The forecast for the next week is showing a few more sunny days like today, followed by some snow dustings in the middle of the week. 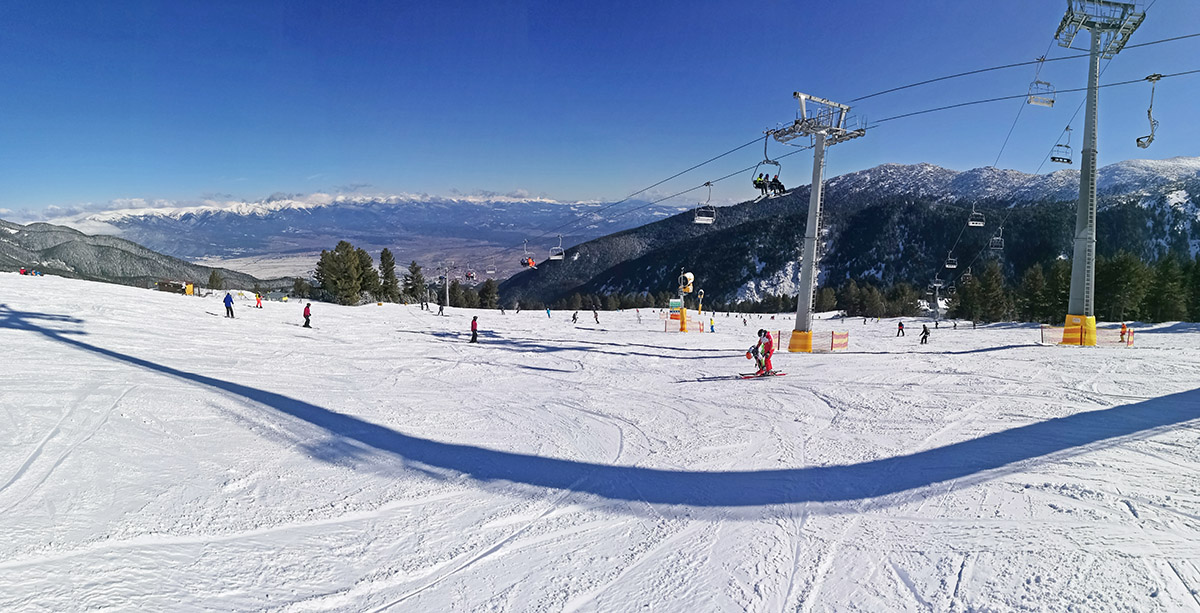 Piste conditions are perfect in the morning. If you’re an advanced skier who likes to carve down the mountain at high speeds, then get up as early as possible. You’ll be greeted with groomed slopes with a nice corduroy finish and few people. Later in the day the slopes start to deteriorate and get a bit crowded after 11 AM. By the end of the day, most of the slopes are covered in bumps, except for the Todorka and Tomba runs, which remain nice and firm. Those are also the two best slopes for advanced skiers, along with the Chalin Valog ski area. Intermediate skiers will find the N.5 and N.10 Shiligarnika runs most to their liking, as well as the Plato. The problem with the Plato is that the snow cover is entirely natural and thus softer (no snow cannons=no artificial snow), so it deteriorates much faster. The fact that it’s the slope that gets the most sunshine in the day doesn’t help keep it firm either. 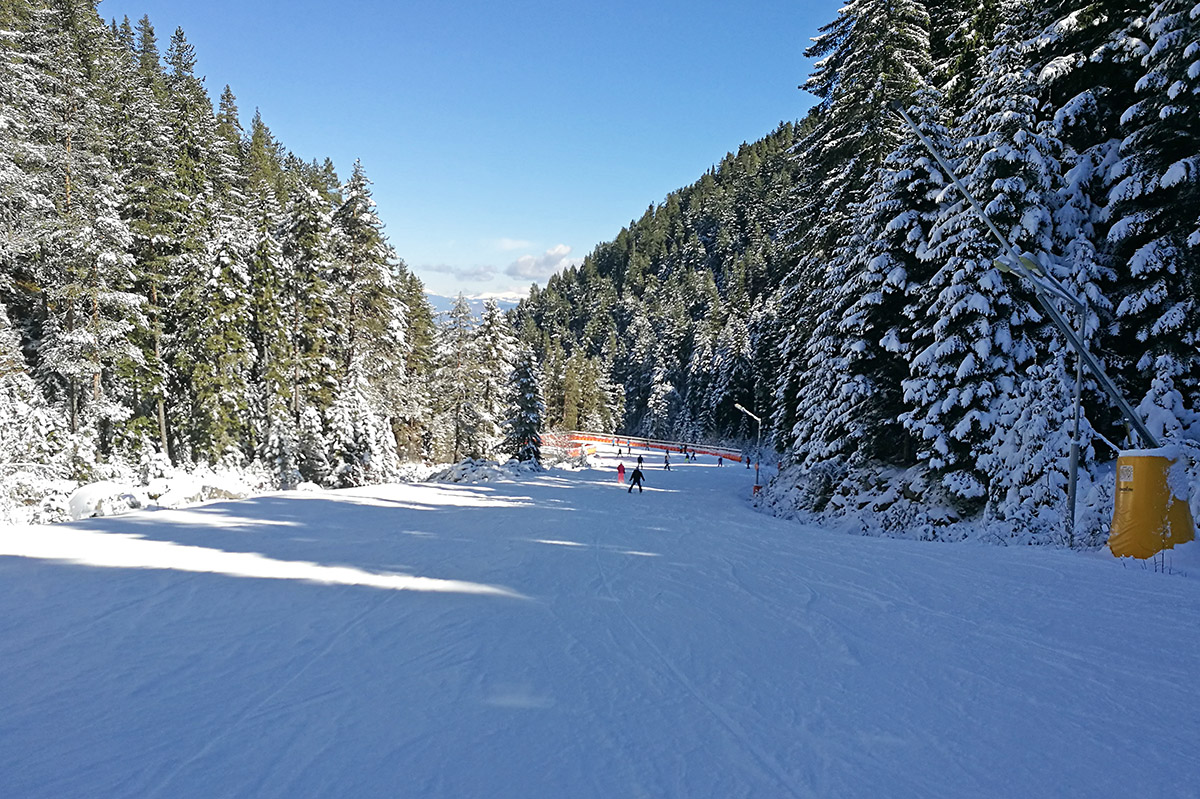 The Ski Road is also in good condition all the way to the base gondola station.

Good news for the freestylers, the snow park is being worked on and soon we’ll even have a few jumps. For now, only a few rails and boxes have been set up, but it’s still better than nothing. Conditions off-piste are bad, except for a few places above the top gondola station. There was even an avalanche around the ski area where two Russian tourists were caught, but they made it out all right with the help of the mountain rescue service. Keep it safe and stay within the ski area!

The Snow Park is located at the end of the Plato ski run.