With temperatures dropping and the first snowfall up in the mountain, I can not help but ask: When will I be able to hit the slopes this year? Which will be the opening date for season 22/23? Of course, only the resort management of Bansko Ski Area could answer this question with complete accuracy. And of course, they will share the answer last minute as always. But I hope this article will be helpful for anyone planning to ski as soon as possible. 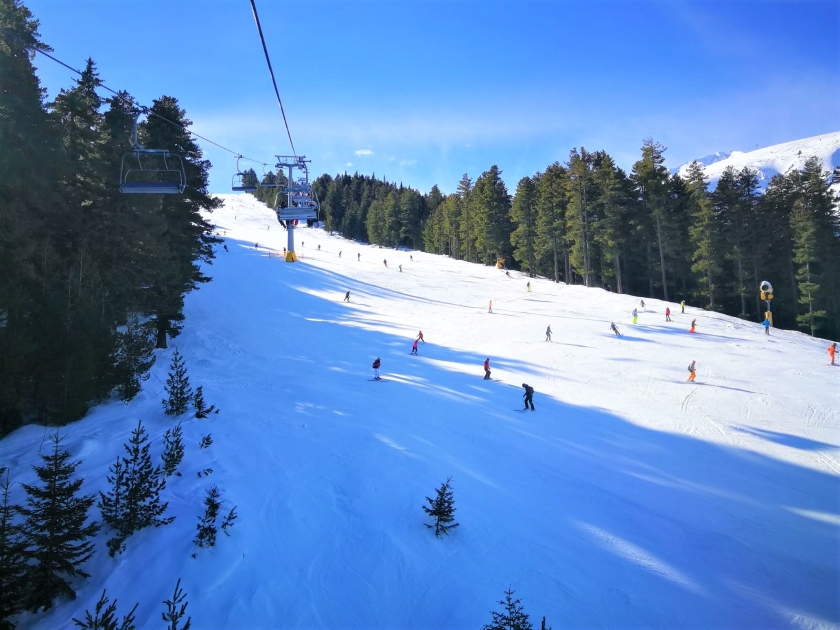 The view I am missing all summer long

Have you heard that old adage? Bansko Ski Area relies on extensive snowmaking in order to produce the amount of snow needed to kick off the season. But luckily, last season there was a lot of snow falling right at the end of November and the first days of December so we enjoyed a lot of ready slopes right at the start of the season. This year October used to be very hot, but November brought us some coldness. In order to produce fake snow on the slopes, the temperatures should be under 0°C for a few days, so we are praying for a continuous temperature drop.

The opening date everyone is rumoring about is Saturday, the 10th of December. It’s right after the university students’ holiday which means there will be many people in Bansko. The forecast looks promising. The resort is already getting ready, as well as the team of Traventuria.

A timeshift from snowpak.com that shows which is the opening date in the last 4 years

To get an even more detailed picture of what we are talking about at the beginning of the season, I have prepared a few of the snow reports from the start of the last few seasons: Season 21/22, Season 19/20, and Season 18/19.

Important information for those who have never been to Bansko before

Here I have collected some important clarifications regarding the opening of the season. If you have already been to Bansko, especially at the beginning of the season, you are probably aware of them. I am sure that there are many skiers still exploring Bansko as an opportunity for their winter vacation.

The official opening is on a specific date when important guests such as ex-skiing champions, the sports minister, and the mayor visit the top station in Bansko. They hold short speeches. Usually, the official opening it’s on Saturday. There are many games for the visitors and the resort management gives to the best prizes such as seasonal lift passes. This year Maria Riesch is expected to be at the opening ceremony. 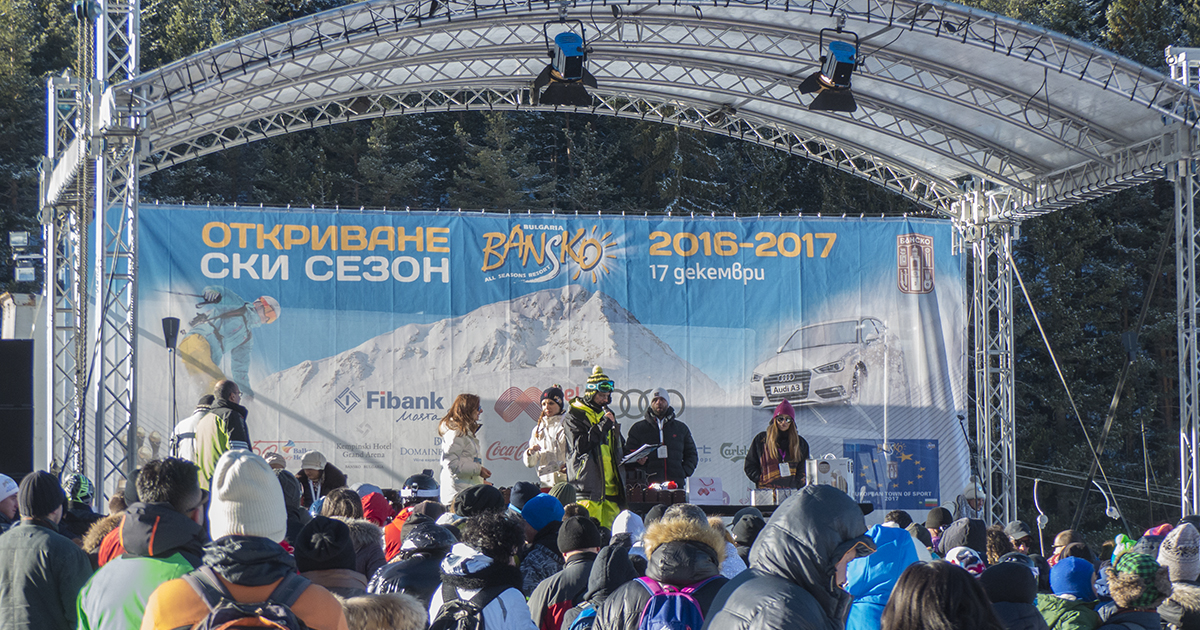 Open chairlifts and open slopes. The snow in the mountain is usually not enough for all slopes to open at the start of the season. In the lower part of the mountain, the temperatures are higher so artificial snow can not be produced. Slopes such as the ski road do not open earlier than Mid-January in most cases. However, once there are slopes ready for skiers, the resort is open. It’s possible that some slopes and chairlifts can be opened before the official opening of the season.

Ski equipment can be booked always. Ski & Board Traventuria Bansko has some brand new ski touring sets, therefore you can ski whenever there is snow in the mountain. Don’t forget that Dobrinishte Ski Resort is also a very good option. It’s 20 minutes away from Bansko and the lift is already operating with a winter working time!

I’ll be looking forward to the news from the Resort Management and I promise to keep you updated. I have already prepared my ski equipment by maintaining it at Traventuria Ski Shop in order to be ready for the 10th of December. However, I will keep my finger crossed for the temperatures to drop faster, for snow to fall sooner and for the resort to open earlier.

I've been born by the sea, but since I moved to Bansko, I fell in love with the mountains and the beauty of winter! I'm working for Traventuria for 5 years now and they've been the most amazing time in my life! I love skiing, meeting new people, and I am always happy to infect with emotions about the love of travel. It's a pleasure for me to share with you on this blog what's new and how to save money on ski packages and ski experiences but get the most of your time in Bansko and Borovets. I'll be happy to read your comments under my articles so we can share ideas about what's more to be said for the biggest Bulgarian winter resorts!