The sun has been shining all week and all of the slopes are open and well groomed. Great ski conditions and not so many people on the harder slopes. All of this sounds great, but it came with a price. The average temperature was below -10C most of the time.

The snow park is in it’s usual place at the bottom of the Plato run.

Probably the best news is that the Snow Park is starting to take shape. Currently the set-up is a big jump, followed by a smaller one, then a flat-down box to a set of two more boxes. It finishes off with a hand rail. These next few picture should give you a better idea. 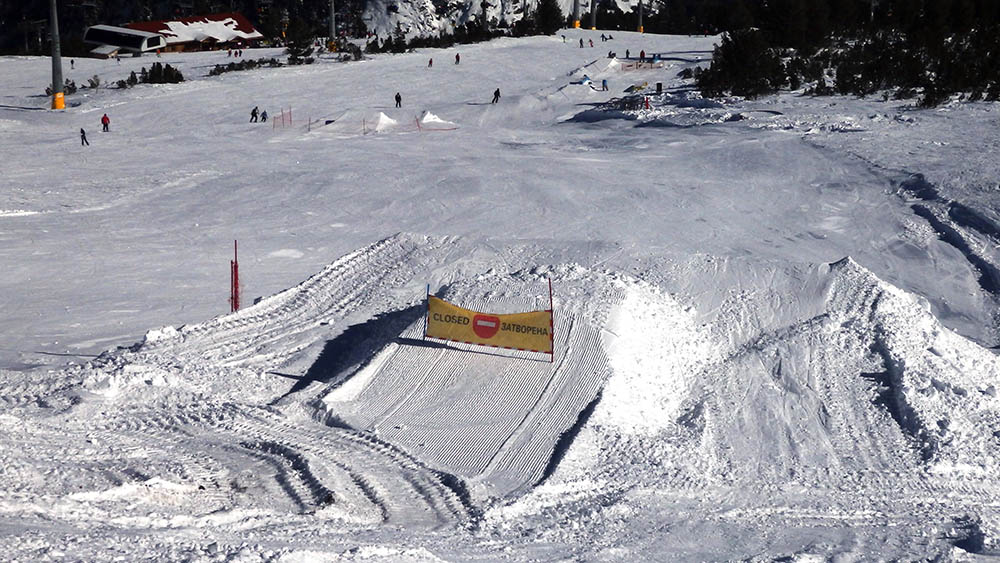 The first jump is going to be the biggest. 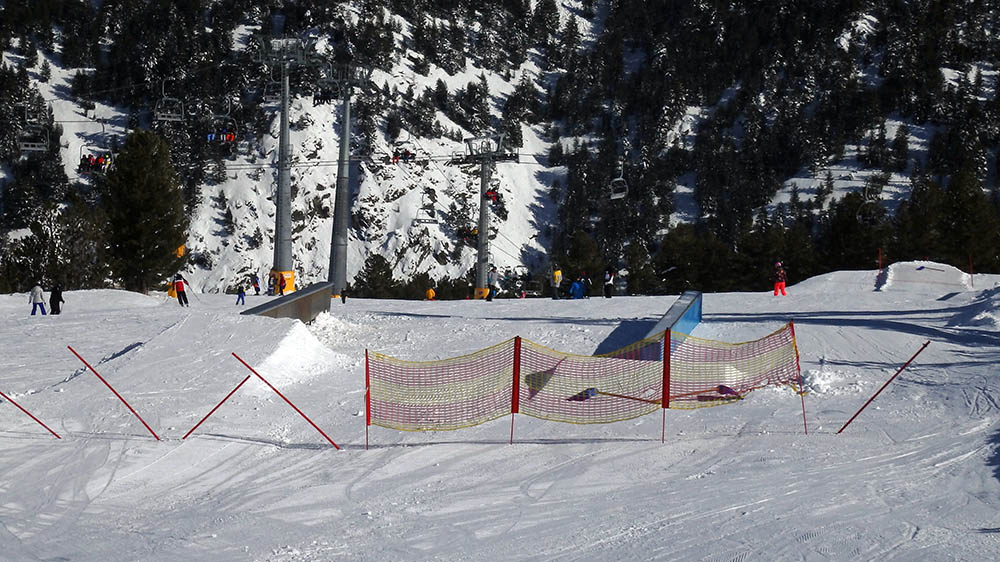 The second feature in the rail line is these two easy boxes.

The smaller of the two jumps. The flat part is only a few meters.

I got to talk with Bobi, the head shaper and he told me more about what they want to build. 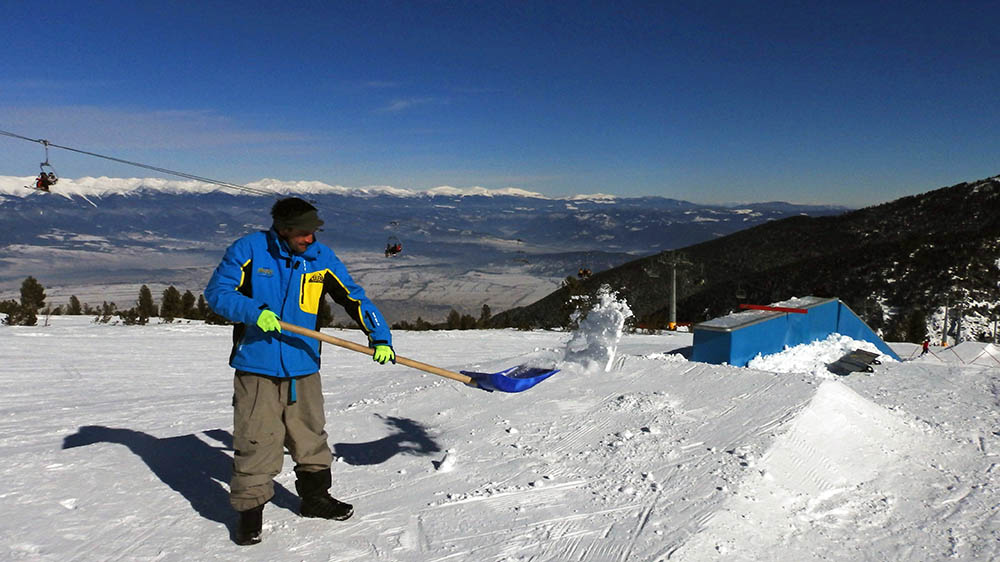 Bobi ha been the head shaper in Bansko for a long time.

The Plan is to build one more jump and finish laying out all of the rails and boxes. In the end there should be 3 jumps in a row (currently there are only two), followed by over 10 other features. The netting around the park also needs t be placed before it can fully open. 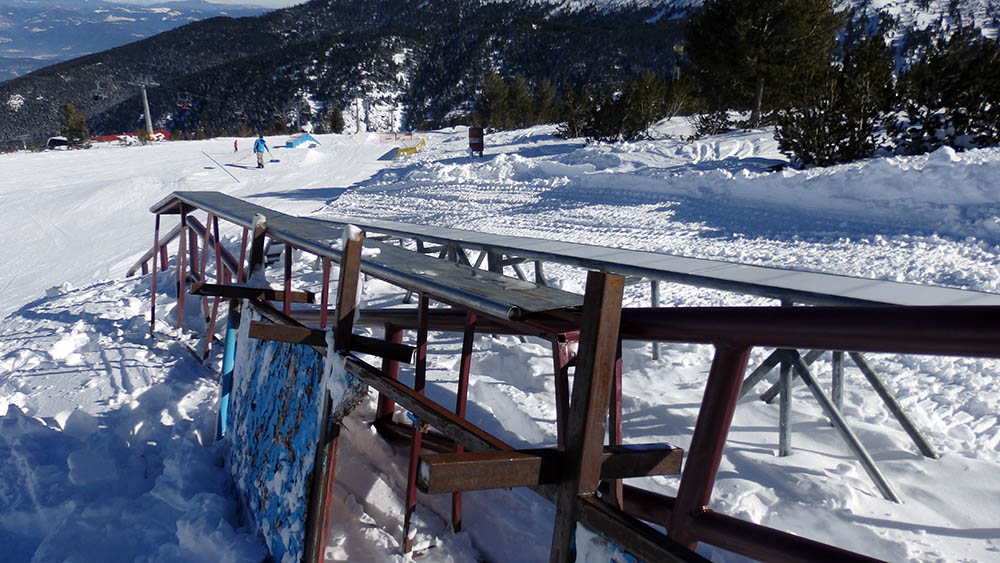 There are still a bunch more rails to be placed.