So you wake up in the morning, only to find a thick fog in the sky, what do you do? You can either sleep in and miss a day of skiing, or you can go up the mountain and hope for the best. I personally find that staying at home is rarely the better option and have missed out on some really epic days due to my laziness. The same was true for the 28th of February this year and anyone who was thrown off by the cloudy weather actually missed out on a nice sunny day up top in Bansko. 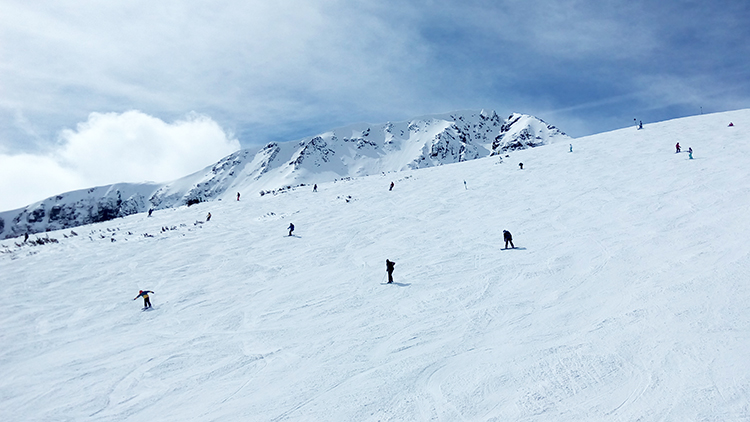 Great conditions on the Plato

The snow conditions are much better than last week. Partly due to the new snow that fell on the evening of the 26th, partly to the smaller numbers of skiers that went up.  But I do admit that I was a little skeptic while riding the lift up, whether or not skiing was going to be any good. The thick fog on Tomba had me wishing I was in a nice, warm mineral pool. The snow cover is still going strong and I doubt the season will end early. 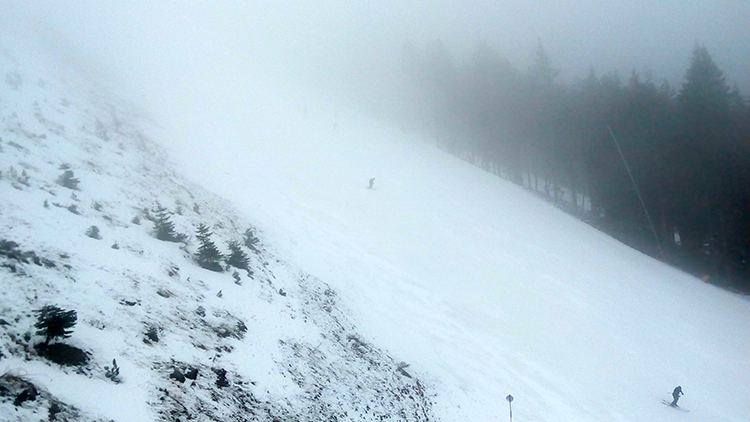 Оnce I was above the mid-way point on the mountain, the skies opened up and the sun was shining. This actually happens often in Bansko and the view of the mist filled valley is quite impressive from the sunny slopes. A good thing to keep in mind is that it is almost impossible for it to be foggy in the town and at the top of the mountain at the same time. So if you can’t see 5m in front of you in town, it’s probably a good idea to look for the sun on the slopes.

Kinda makes you feel sorry for everyone who didn’t want to go skiing.

Great news from the Bansko Snow Park! The jumps are open again and perfectly shaped and there are a few new features. One is a new Rocket Box that sends you into the stratosphere and the other is the C-Box. The wide, flat, beginner box is also open to anyone who wants to try. 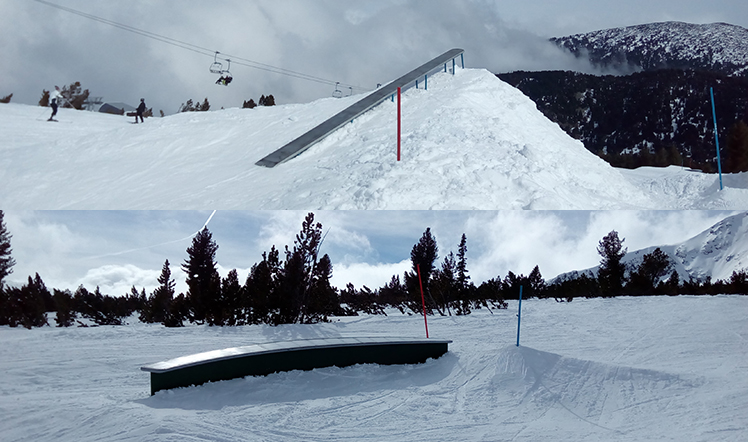