This is the last snow report for this season. Unfortunately Bansko resort closed on the 10th of April. Writing this report in our thoughts we are still up the mountain where we had such an amazing time this winter.

At the beginning of the week we had great weather. Up the mountain it was mostly sunny, temperatures were above 0°C and they stayed like that till the end of the week. On Thursday the weather started to get worse and in the afternoon we had heavy rain, only above 2200m it was snow, but wet snow. Friday the skies cleared up and the sun showed again, unfortunately it was quite windy and the upper part of the resort stayed closed. 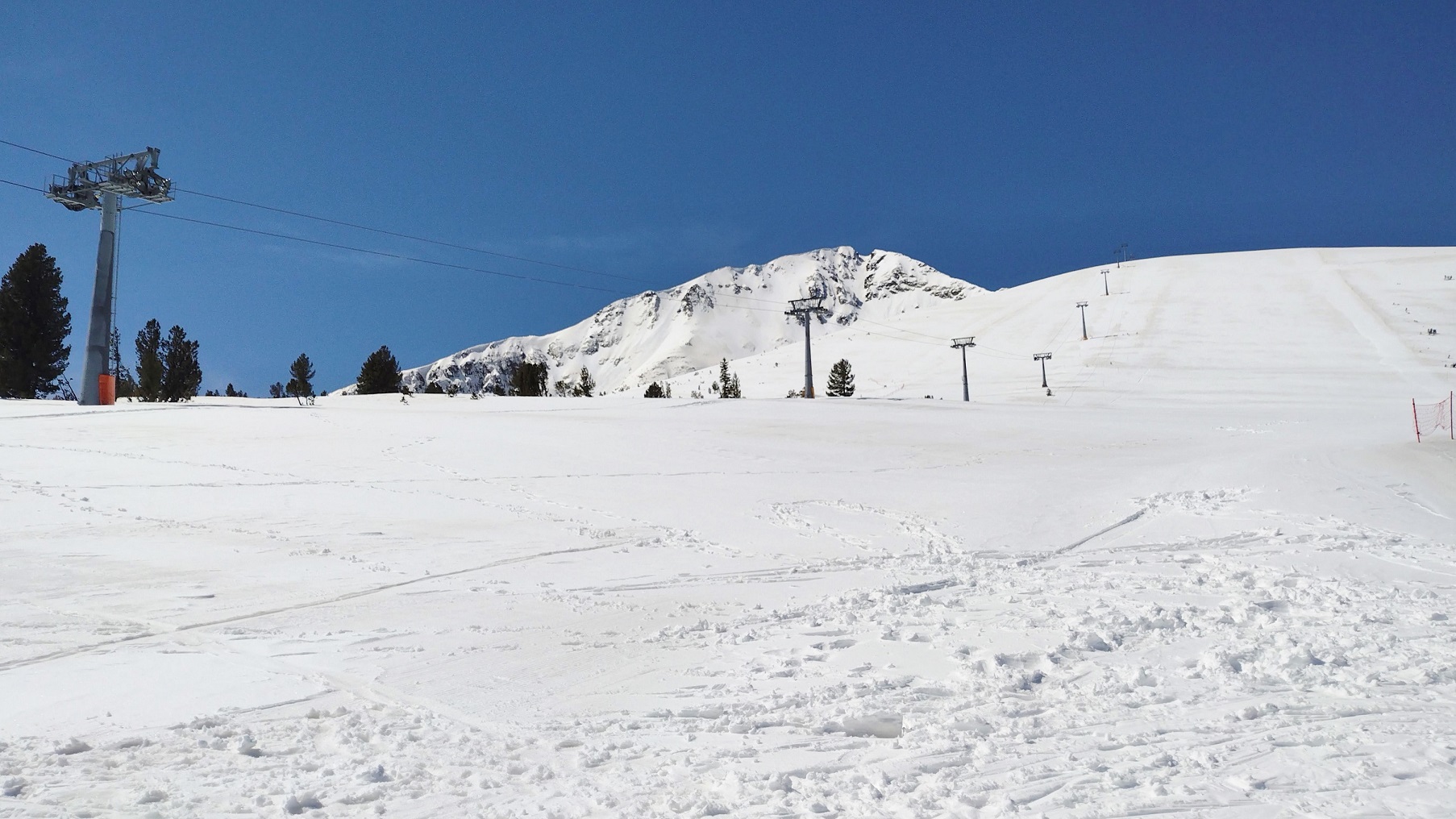 Saturday was the last bluebird day with almost no wind and great conditions for skiing and snowboarding. Then it came Sunday and the mountain changed completely. The rain in the morning slowly graduated into snow and the temperatures decreased significantly. We had – 5 °C at the top and even -10°C on Monday 11th of April. By the end of the day on Sunday we had new 20cm above 2100m.

Sunday snowfall was unexpected, but it brought new 20cm of snow

The forecast predicts cold sunny days up the mountain with temperatures below and around 0°C. On Monday it will be a bit windy, but the days after the wind will drop down and it all shows we will have a great week for ski touring. Friday we expect another snowfall.

This last week of the season started with great snow conditions and so much snow up the mountain. It is rare to have snow cover of 180cm and even more for the last days of the season. All slopes were covered with snow and it was a pleasure to ride them. In the mornings the snow was hard and in the afternoons we had “spring snow conditions” – sometimes slow snow, but very pleasant to ride, especially for snowboarders. 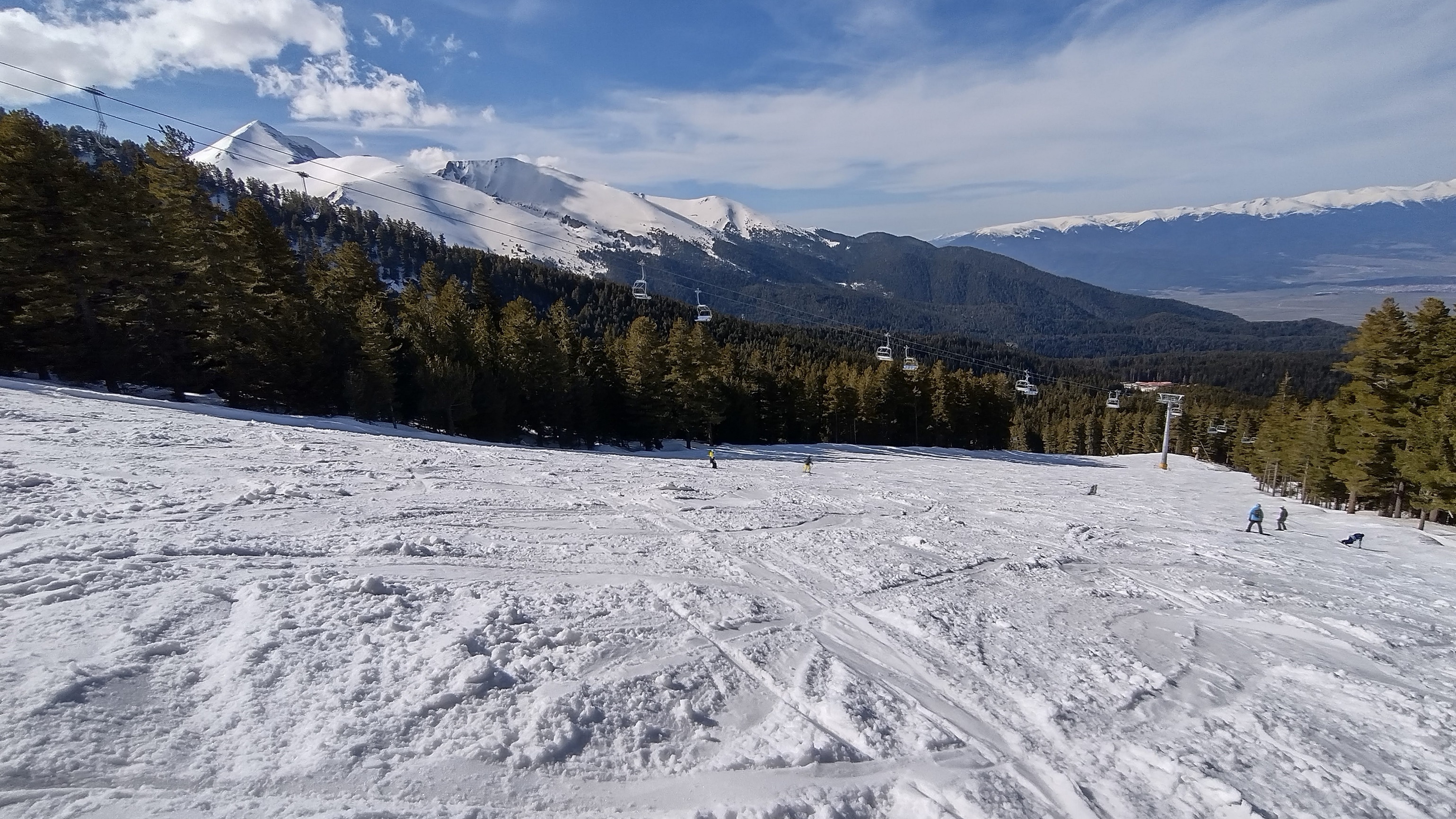 Slopes were a bit busy during Friday and Saturday, but this was also due to some ski competitions that took places on slope number 5 and on Tomba slope and also because of the wind. On Friday afternoon the chairlift of Plato and Banderitsa 2 weren’t working.

Between 2250 m and 2100 m we had mostly from snowfall, but below this altitude it was rain so it melted the snow cover significantly. After the rain on Thursday on some parts of the resort, below 1500 m – Chalin valog, we already had some black spots on the slopes. Despite this the ski road was rideable till the very end.

The ski road is still in a very good condition

The snow cover now, after the snow that felt this Sunday, is again around 200 cm at the top of the mountain. and the conditions for ski touring as we wrote above are great, so if you are keen on trying you can contact our shop in Bansko for more details.

This report is dedicated to the great TEAM of Ski & Board Traventuria – Bansko. Thank you for your hard work and for always bringing smiles on the faces of our customers.

Part of the team of Ski & Board Traventuria – Bansko