Who doesn’t love spending a day in the great outdoors with perfect sunshine? If you were in Bansko this last week you probably spent quite a few days like that. The forecast is currently for a little new snow over the weekend and then more sunshine starting next week. 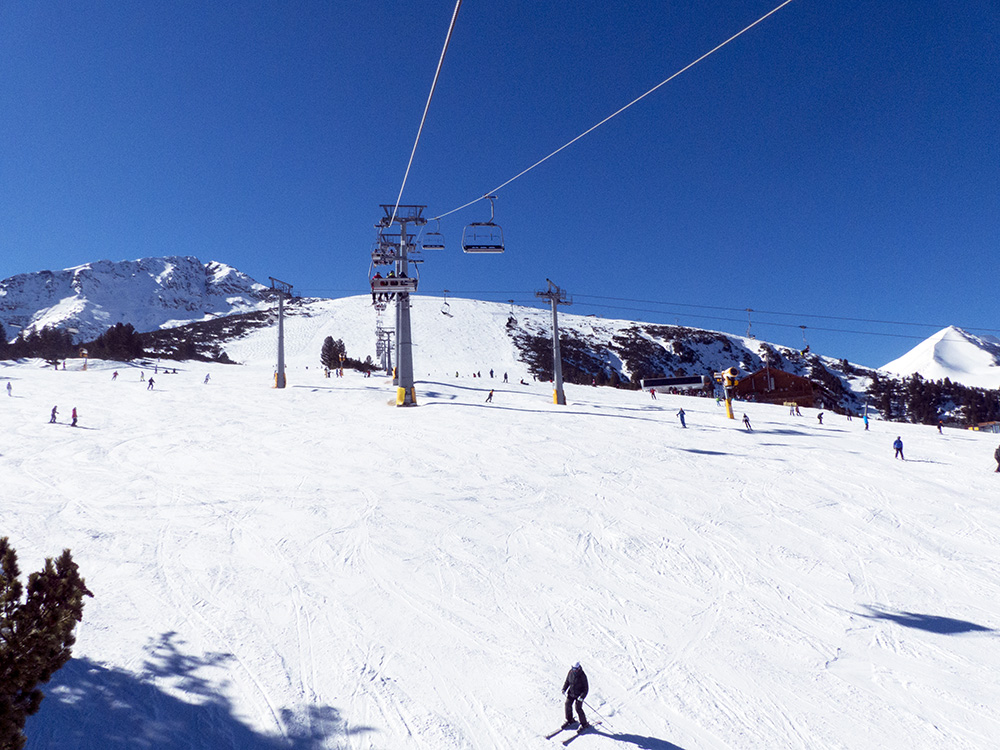 Slope conditions are good, but have been better. Low temperatures allow for the snow cannons to work, but these sometimes leave massive bumps in the middle of the slopes. Our guess is that the snow cat grooms the slope before 10PM (you can see their lights going up and down the mountain from Bansko) and they leave the snow cannons on all night. You may ask yourself why they don’t just groom them in the morning? The reason is that the slope is very soft just after grooming and needs the whole night to stiffen and become hard. If they groom them just before opening the ski runs will be so soft, that by 10AM they will be much worse than they are now at the end of the day. But honestly, many skiers love these smooth bumps as they are fun to jump off or just ski over. The downside is they bottleneck the slope to some degree and also have a speed bump function for those that want to ski a little faster. Today there were almost none on the slopes. 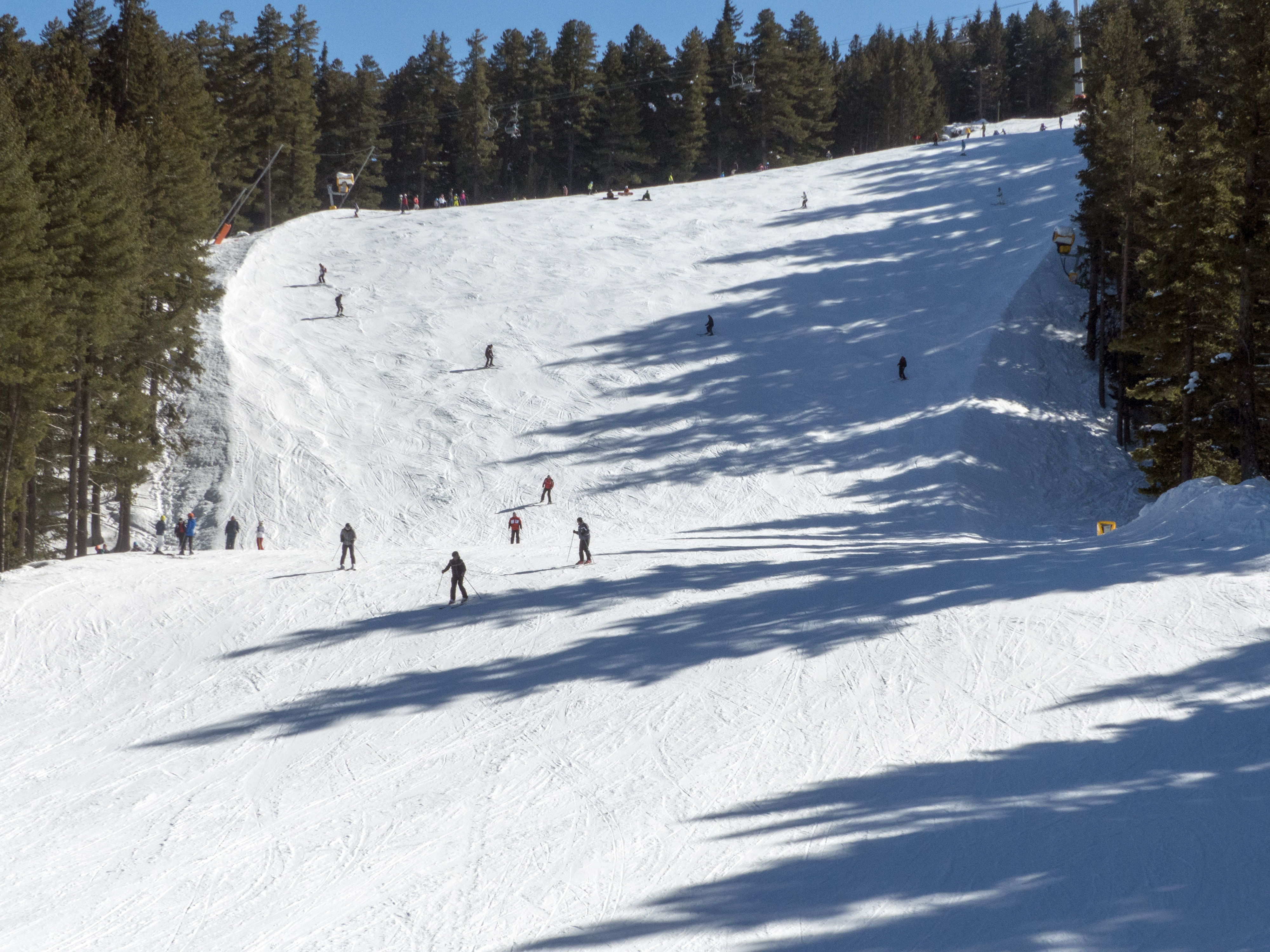 The N.2 Bunderiza run has been left ungroomed as well as the red part of the Tomba ski run, which runs under the Bunderiza 1 lift. Other than that the rest of the slopes are working. The reason these haven’t been groomed is that there isn’t enough snow on them. The N.2 is located on a spot on the mountain where there is often wind which blows the snow cover away. So this makes keeping it groomed even more difficult, but it is still skiable. 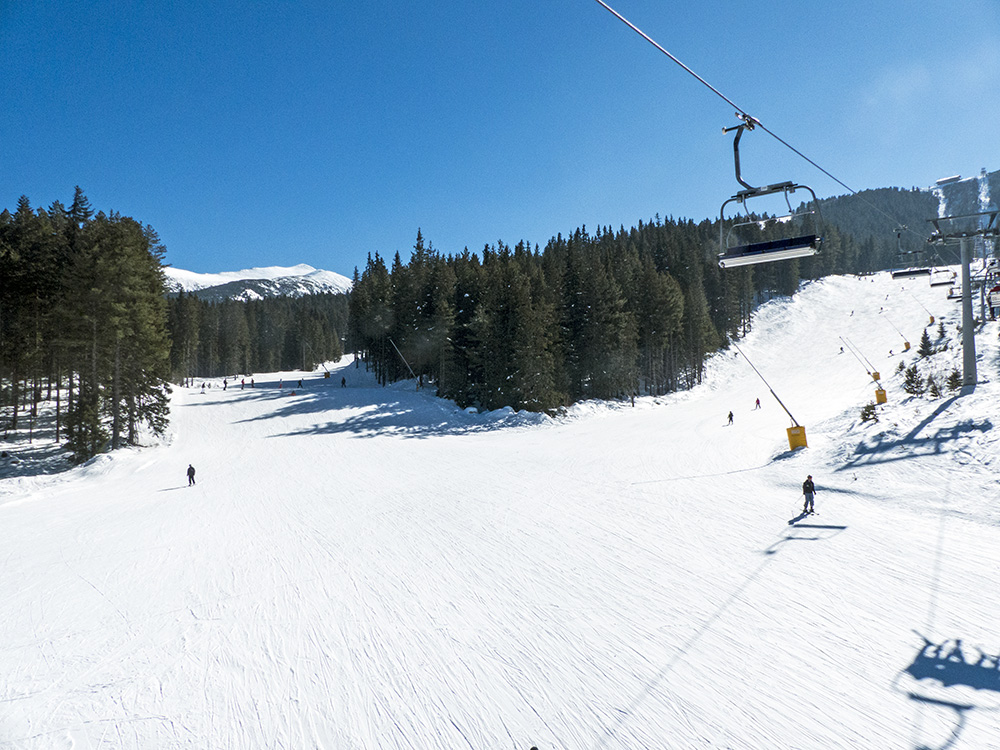 The snow base on the slopes is mostly artificial snow on top. This means that it’s very hardpacked, so it stays flat throughout the day. There are still not many ice patches on the pistes, but sharp edges are very beneficial. The snow is not slushy, so it’s easy to carry speed on the flat sections of slope. The Chalin Valog ski area is superb for advanced skiers armed with race skis. 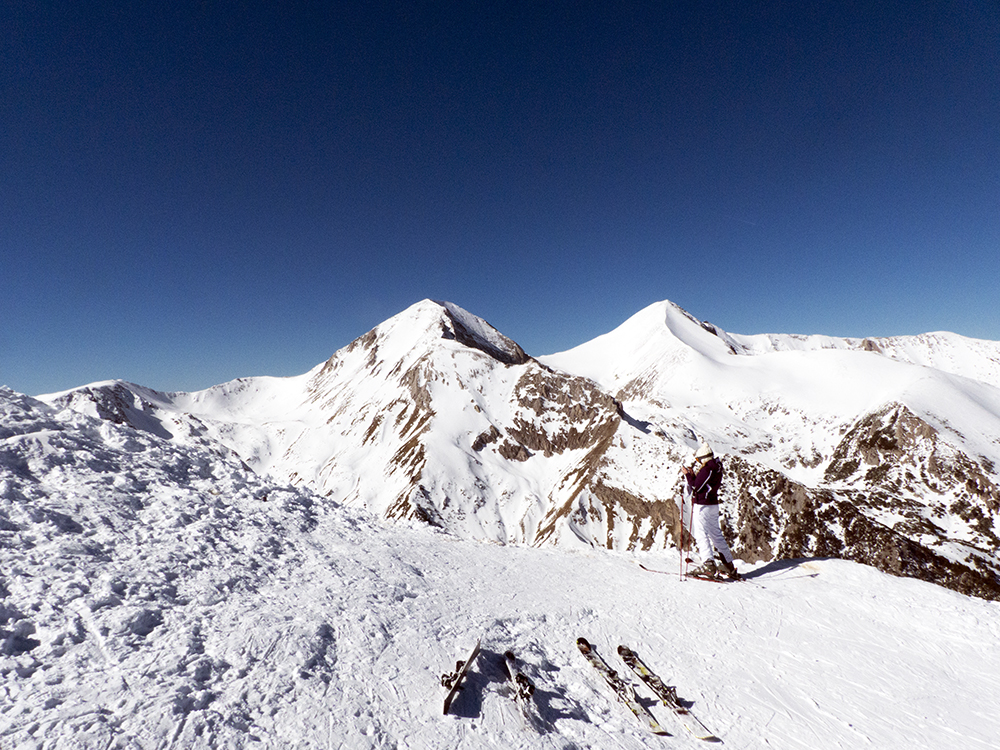 To the side of the ski area, you can see Mt. Vihren (left side), the 3rd highest peek on the Balkans.