February is more than half-way through, as well as most of the school holidays for this winter. After next week, the peak of the season here in Bansko will be over and the crowds on the slopes and lifts will disappear. If you haven’t organized your ski trip for this season, keep in mind that the slopes will be open at least until the 12th of April and that March is the best month for visiting Bulgaria to ski.

Lift queues this winter aren’t as long as they were during the last few mid-term school holidays. The wait for the gondola is still significant during the peak time of the day, but much shorter than previous years. There aren’t many long queues on the slopes either and some lifts barely had more than 5 people waiting to get on them at any given time today. The biggest lift queue of the weekend was at the Plato lift, but even there the waiting time was usually around 5-7 minutes, at most 10 minutes. The forecast for the next week is for softer weather until Wednesday, followed by a cold front and some more fresh snow on Thursday. Next weekend it’ll be partly cloudy, but Sunday could be windy higher up in the mountain. Keep in mind that the forecasts aren’t too accurate more than a few days ahead. 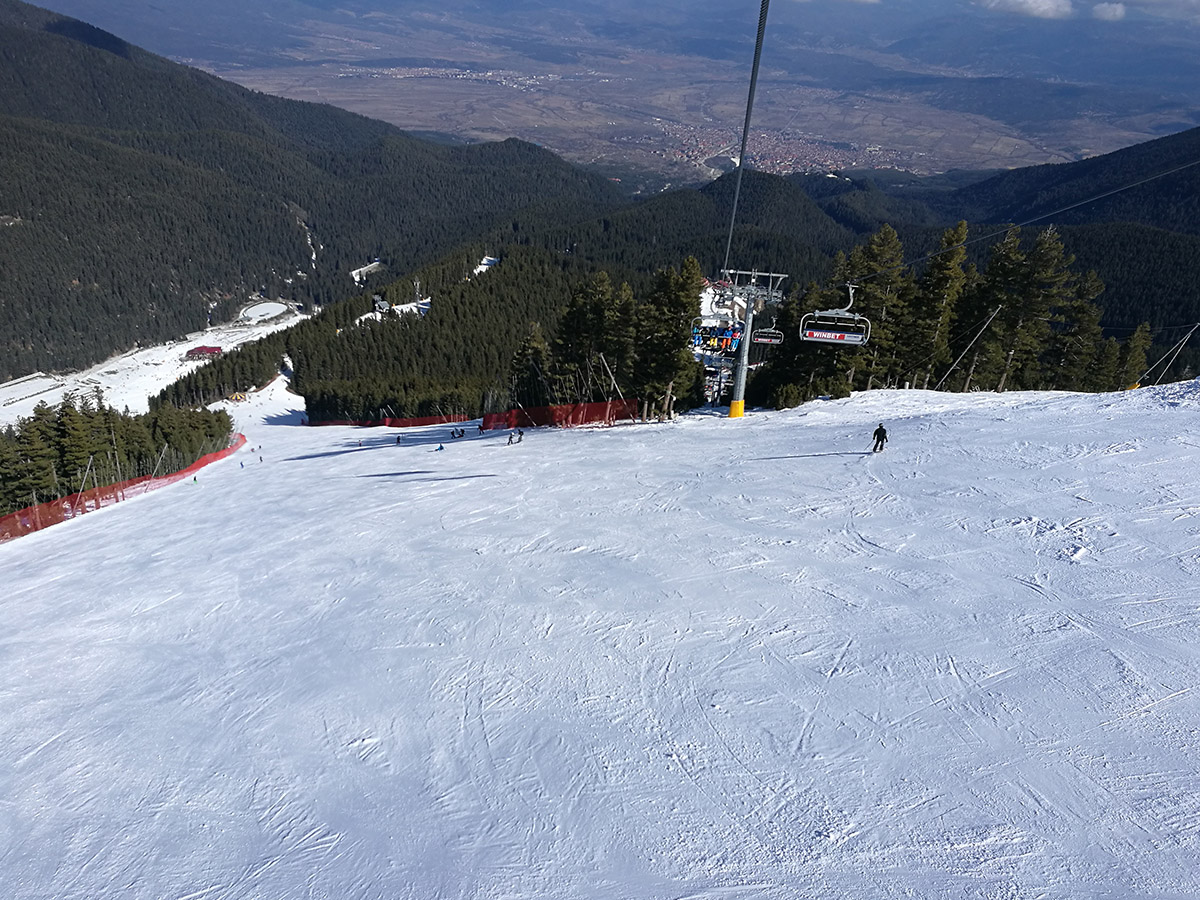 Slope conditions are very good in the morning when the slopes are still freshly groomed and with a nice corduroy finish and all of the open slopes are groomed each evening, even the Plato. Sadly, as there hasn’t been enough natural snow this season so the snowpack consists mostly of artificial snow. This results in icy patches appearing on the slopes after the first few hours of the ski day, as the softer top layer of snow is pushed away with each skier’s turn. Hopefully, we’ll get more snowfalls during March and the slopes will be even better! 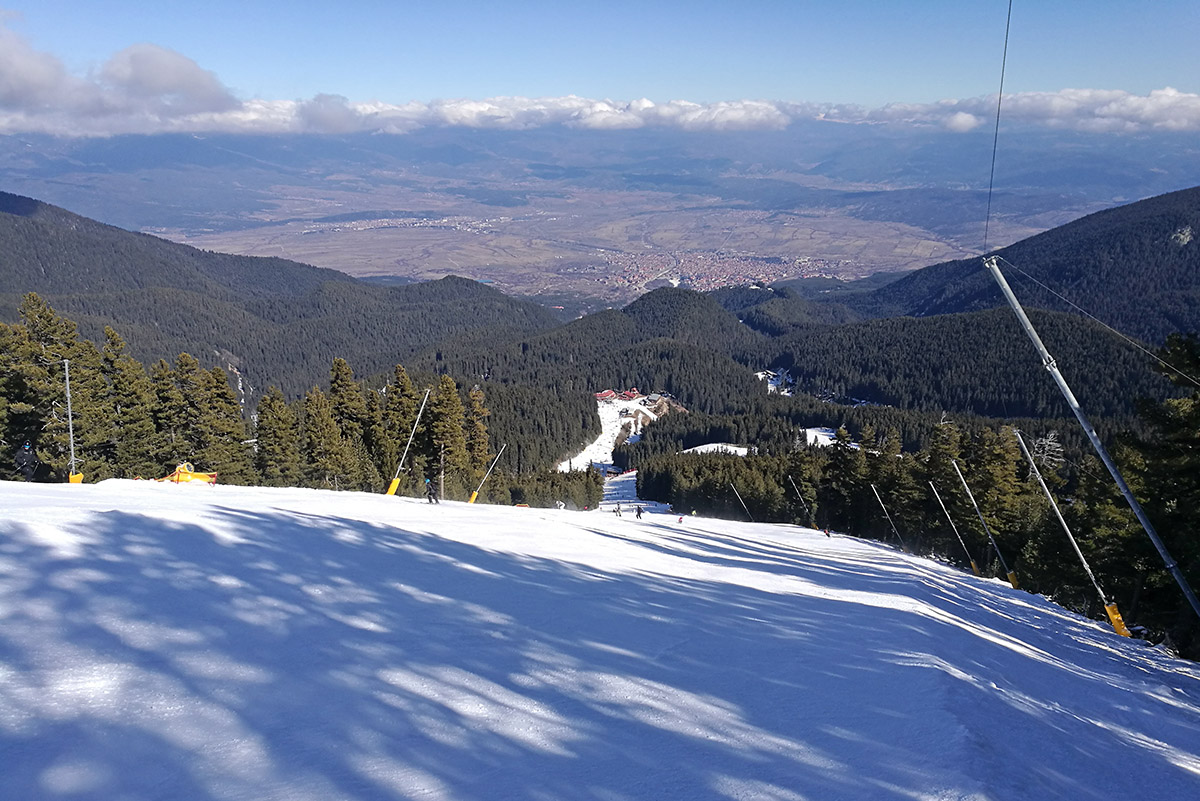 The best ski runs for intermediate and advanced skiers are definitely the Todorka and Balkaniada runs, as most people prefer the easier slopes, thus leaving these two much less crowded. The best skiers will most likely want to test their skills on the black Tomba ski run also but should be careful as some spots of the slope are pure ice and can easily throw you off balance and out of the steep slope. If you’re not at that level of skiing or snowboarding yet, you will probably find the N.5 and N.10 ski runs the best, but even there you’ll find some icy patches on the slopes. Only on the Plato you won’t be able to find icy patches, but that’s due to the lack of snow cannons there, to begin with. If you do ski the Plato, make sure to stick to the skiers left to avoid small rocks. 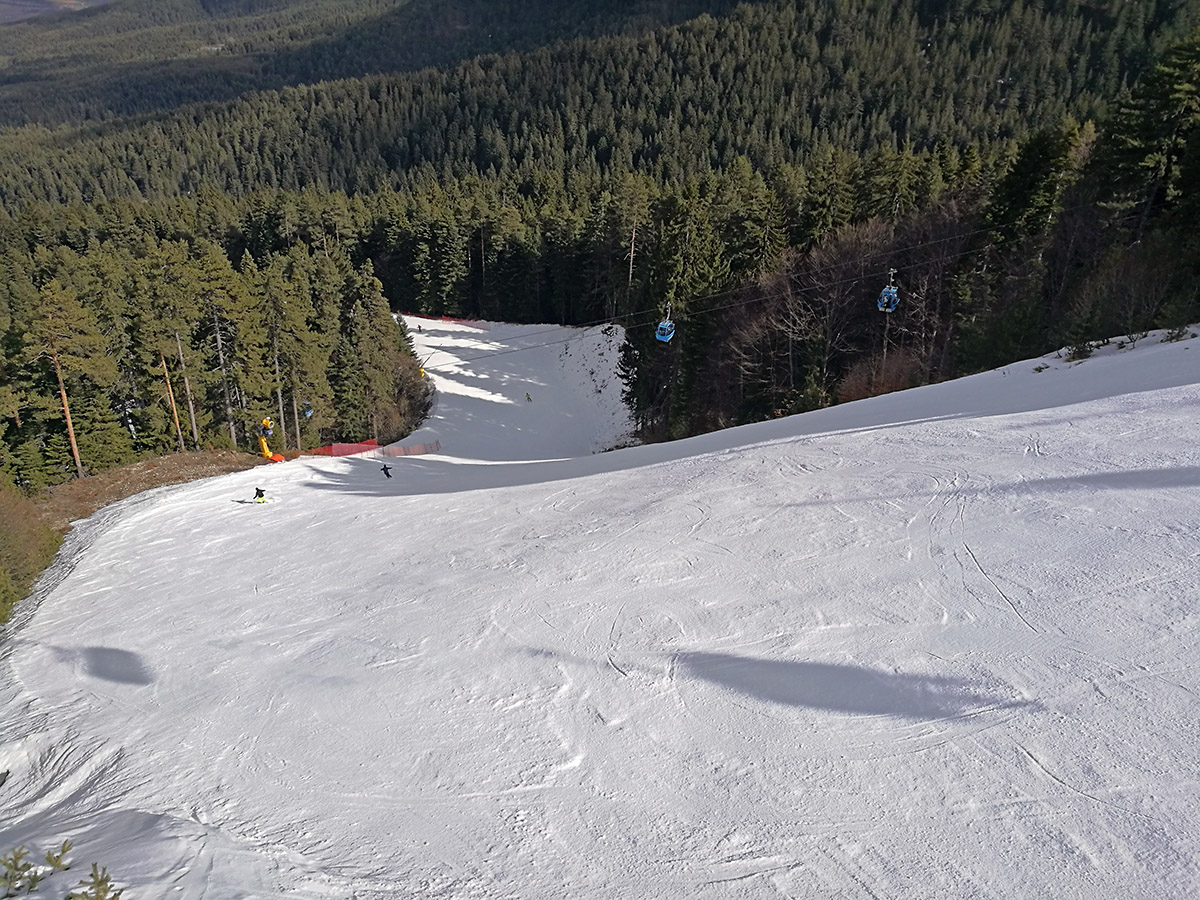 Conditions in Chalin Valog are perfect in the afternoon, once the snow has softened up.

We also finally got to do some off-piste skiing, but you’ll find snow only in the highest places on the mountain. The good news is that the terrain for the Freeride World Tour Qualifier is now skiable, so the competition will almost certainly take place at the end of March. Work has also started on the snow park, the lower half is even finished an open. Currently, there are only a few boxes and rails, but that should be expanded by the beginning of next month.