February has come to an end here in Bansko, but the season is still going strong. The season is expected to last until the middle of April, but before that we can enjoy the whole month of March on the slopes. And if tradition keeps up, there’s bound to be at least a few big snowfalls next month. 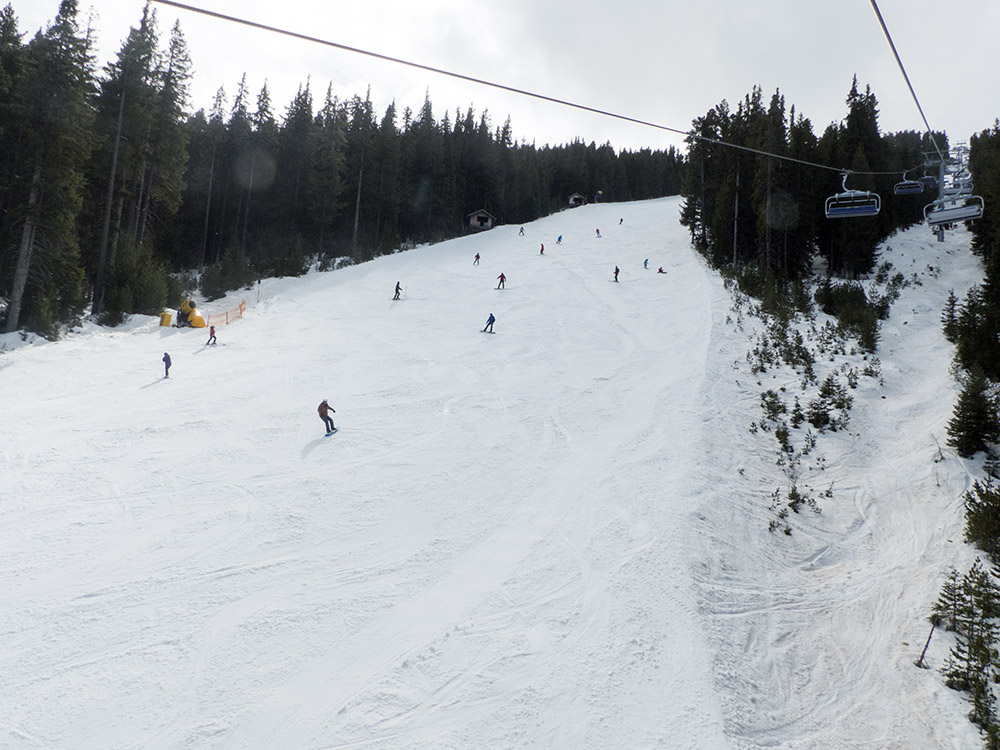 There was a big mix of weather conditions the last week. We got everything from sunshine, to clouds, some new snow and a little bit of rain in town. The forecast for next week is for fresh snow Wednesday evening and hopefully a powder day on Thursday. Slope conditions are good throughout the day, however some of the more popular slopes do get slushy by noon. These are mostly the easier slopes, while black and red runs like Tomba are nice and flat all day. The temperature during the day is above 5°C on the pistes so dress accordingly. In such conditions slightly wider skis are more suitable.

Everybody’s favorite Plato ski runs are in need of some new snow. The Plato is the only place to not have artificial snow coverage, so the base layer is much much smaller than the rest of the mountain. Thankfully it’s higher up and gets a bit more natural snow. If you’re looking to ski fast and carve, then the Plato is not for you. 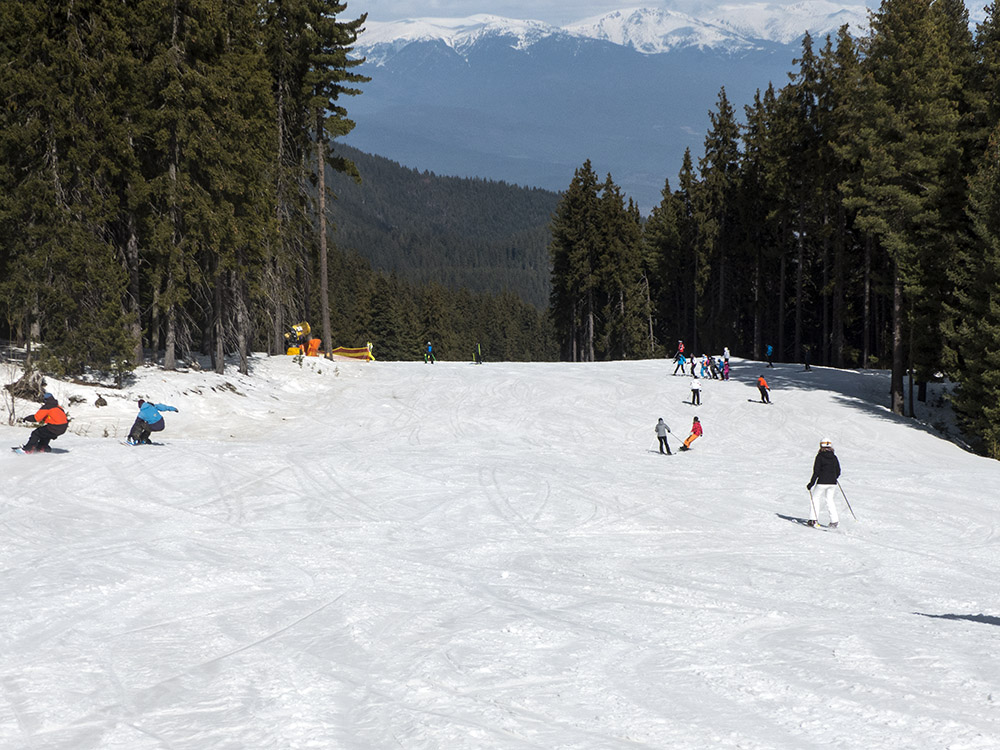 The conditions on the Shiligarnik ski runs are good, with almost no lift lines. On the sides of both slopes little jumps have started to shape, which are a fun way to mix things up while skiing. You just have to be very careful not to jump into someones path. The best slopes for advanced skiers are the Todorka and Tomba runs, which can be both skied by taking the Banderitza 1 lift. 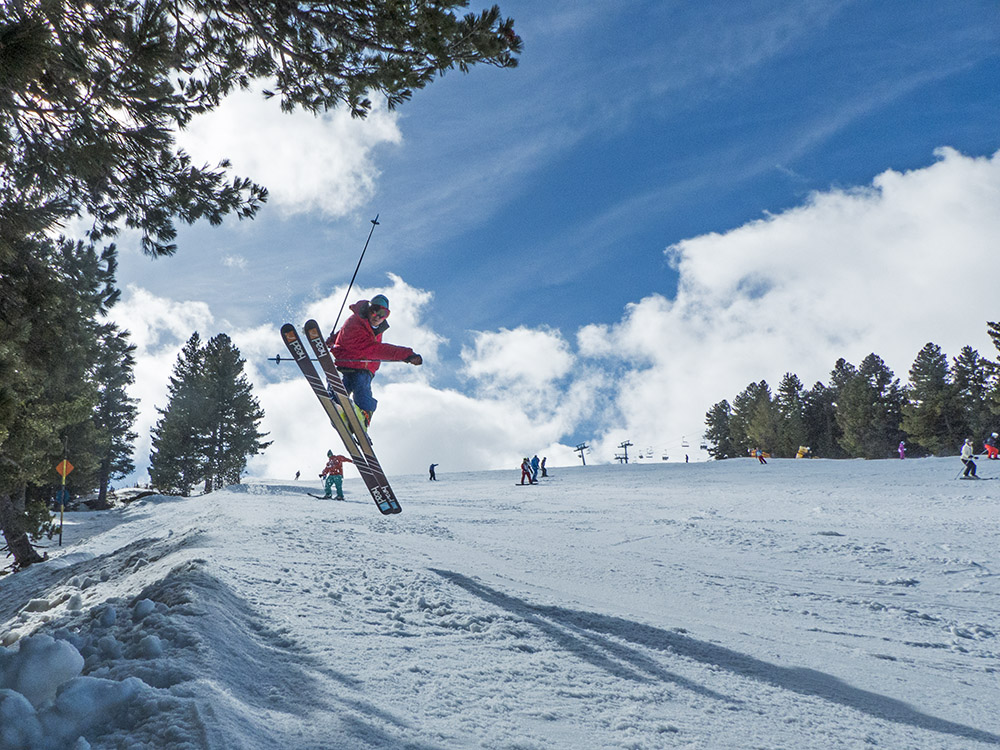 Chalin Valog is also a great place to ski at the moment, as there are almost no people there. Contrary to what most people think, the ski slopes down there don’t deteriorate as fast as up top. Chalin Valog is in the shade for the better part of the morning, so the sun starts warming up the slopes at around noonish. 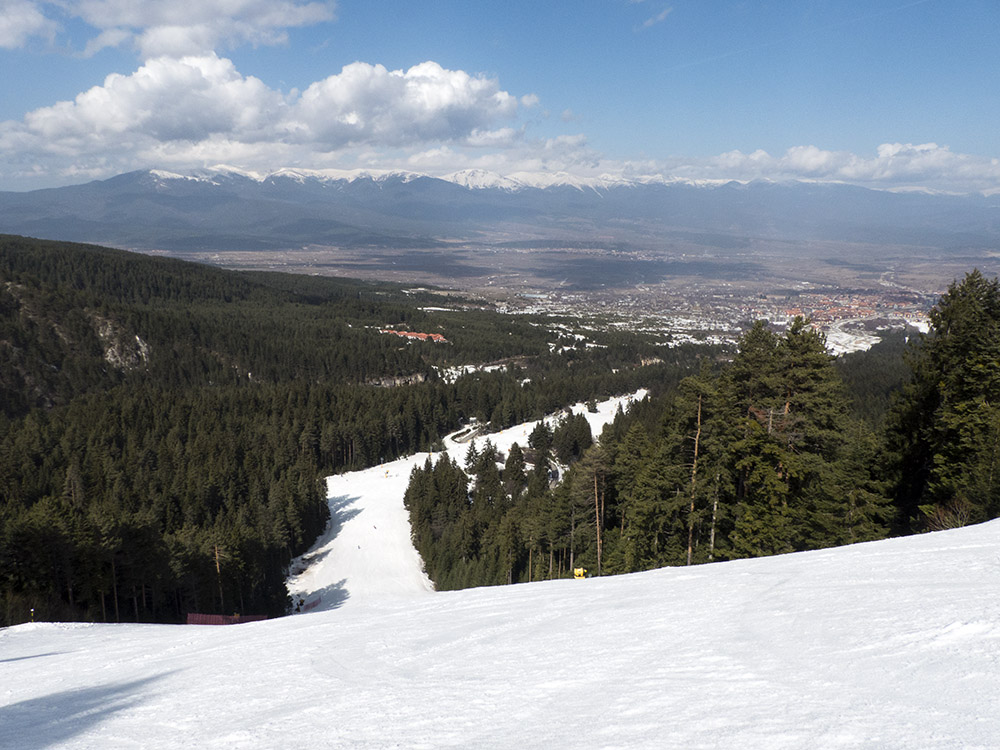