This is the last snow report for February, summing up the most exciting week for the season so far! We had a lot of emotions because of the World Cup races in men GS during the weekend and we had the chance to be close to some of the world’s best skiers! 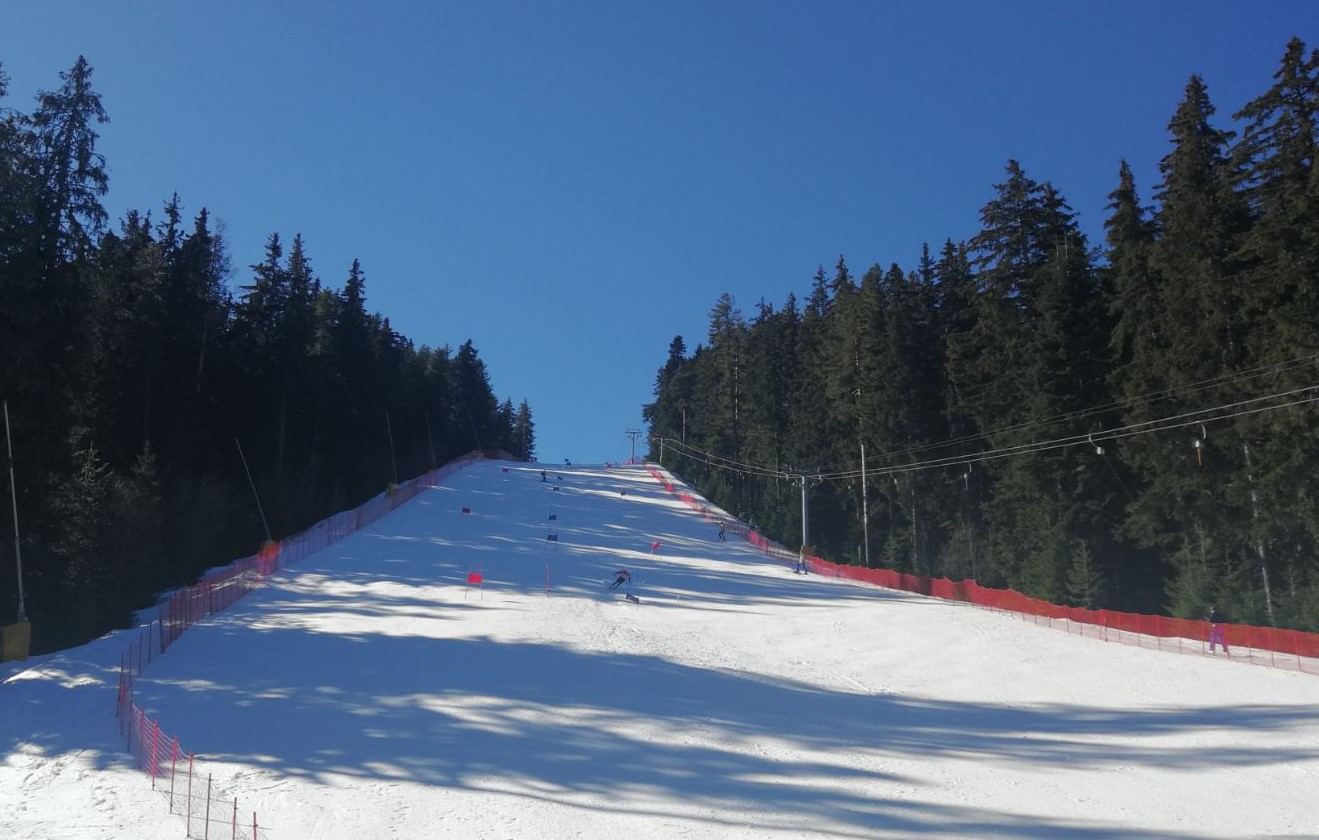 Learning from the best- a close look to world number ones!

This week we welcomed spring with temperatures of around 15°C. It was very sunny every day. This resulted in icy slopes in the morning that turned into squishy runs in the afternoon. Today, on Sunday the weather tried to go back to winter: the temperature throughout the day was 7°C and now is less than 0°C. Some wind appeared also. 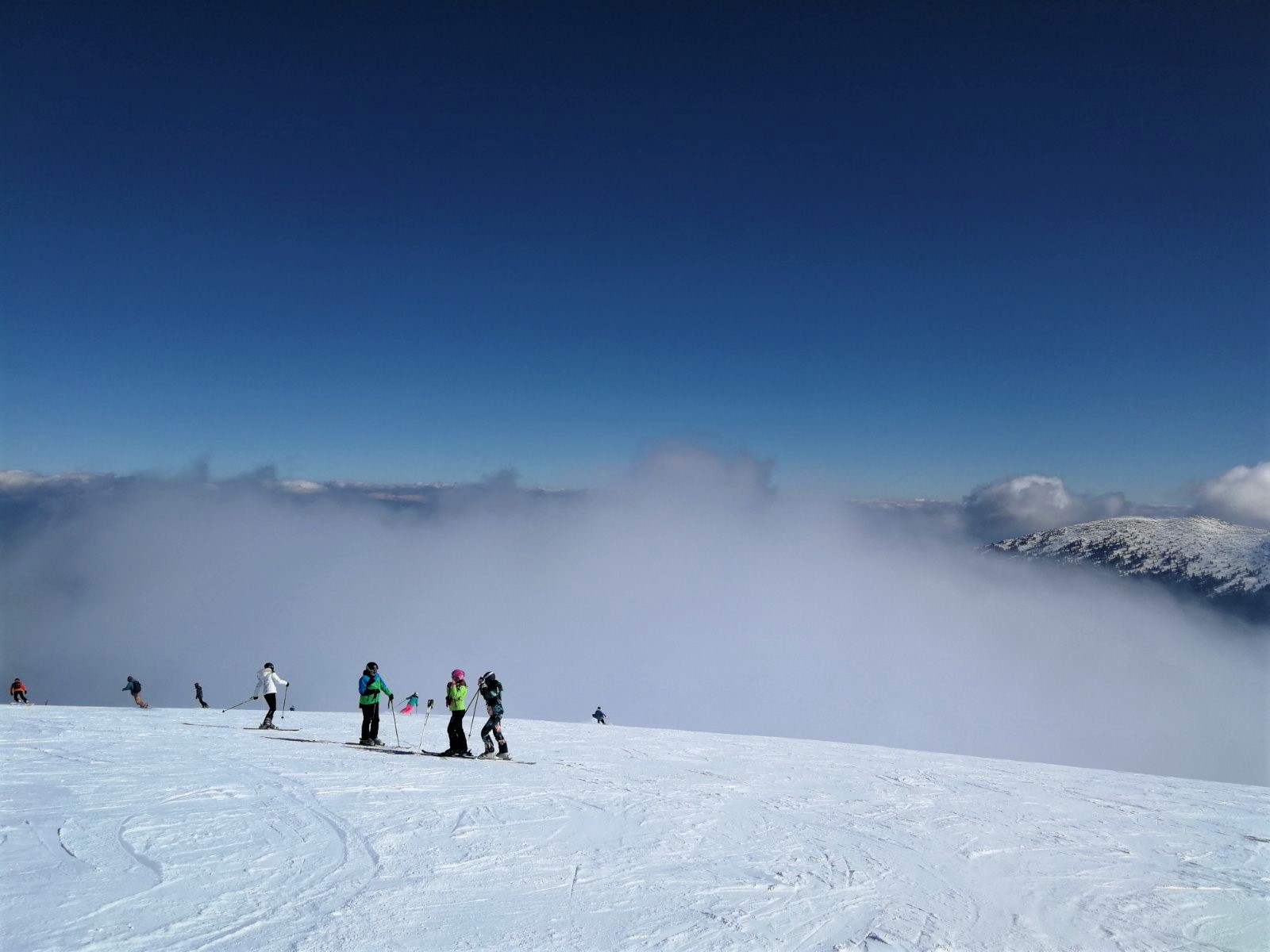 We captured one of the only clouds this week.

As usual, there were more people on the slopes during the weekend. However, more of them were watching the World Cup, so passionate skiers had a lot of time and free slopes to enjoy! The waiting time at the gondola in the morning was around 20-30 minutes. All competitors were taken to the slopes with the gondola, but they were not mixed with tourists. Skiers had to wait for them to get to the top before catching the gondola. At the chairlifts, the waiting time was not much, also around 5-10 minutes. As stated before, many stayed around Tomba Slope to watch the competition.

The zone looked busy, but it was perfect for skiing!

The starts in Bansko were very spectacular. The trace was difficult and unfortunately, Bulgarian star Albert Popov didn’t do very well. However, it was very exciting for young skiers to meet him! There was no audience at the end of the Run. COVID measures were followed very strictly, all people in the special competition zone had to be with masks and were not in touch with others. 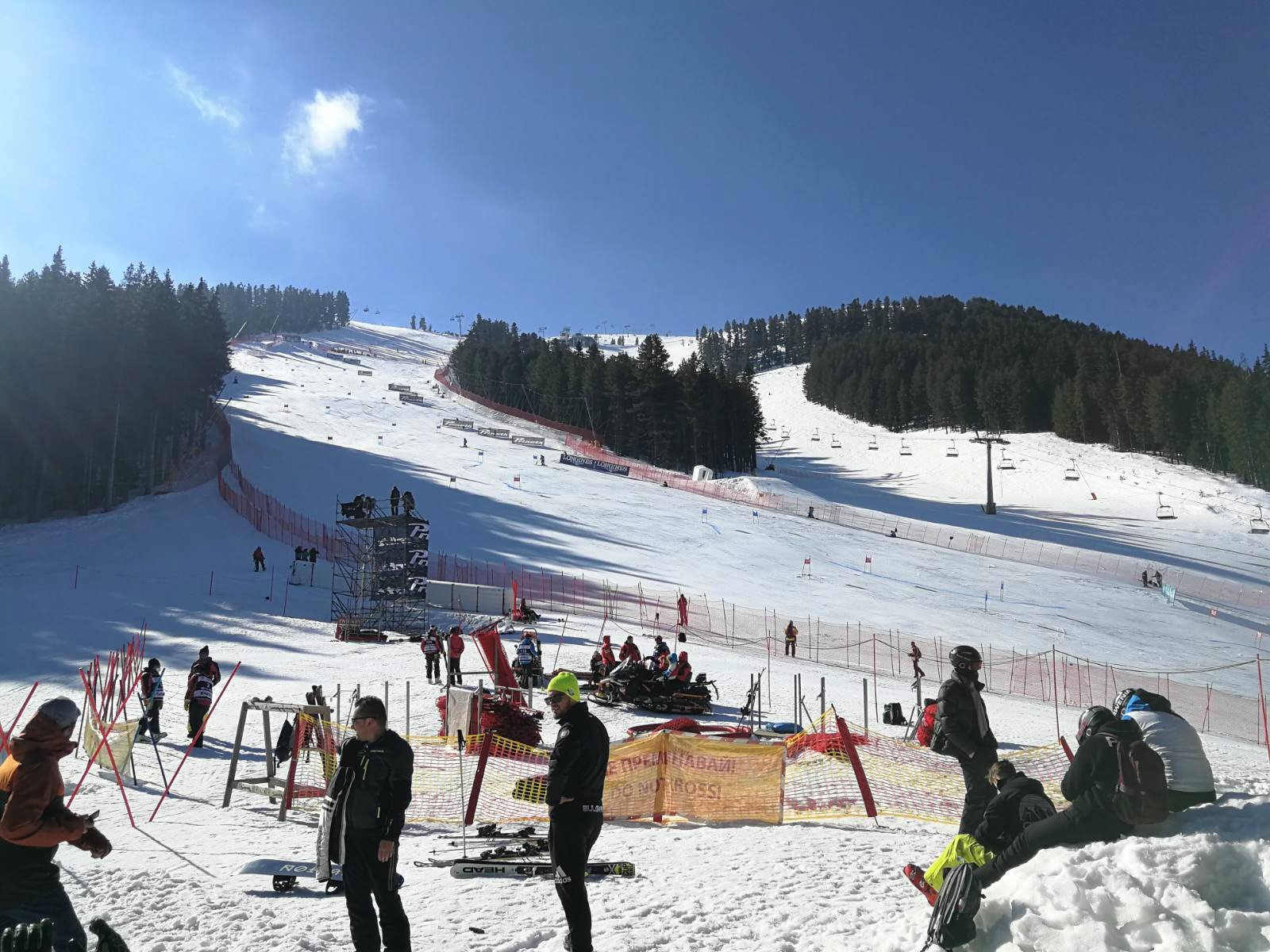 Skiers ski past the doors in seconds, but it’s still extremely exciting!

Todorka and Tomba Slopes remain closed by the end of the World Junior Championship, on the 10th of March. All of the other slopes and the ski road are running. The end of the ski road is not very good in the afternoon, so you better either finish skiing earlier or take the gondola. Also, parking at Banderishka Polyana won’t open so if you plan to go to the top by car, you can only go to Mosta Ski Lift or Shiligarnika Ski Lift. 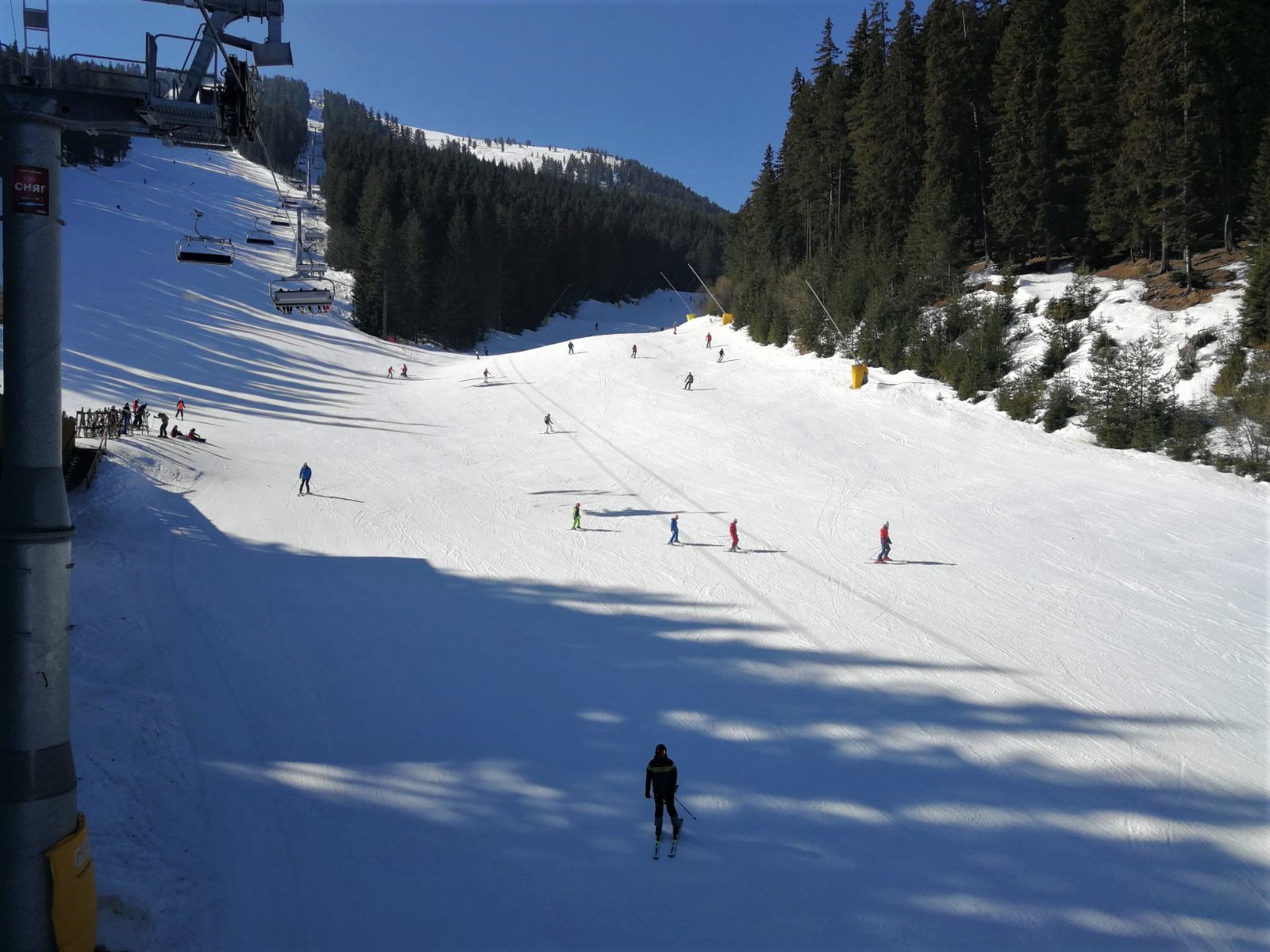 Next week the temperatures will vary from 0 to 7°C. Winds will be weak and clouds are not expected. It will be mostly sunny and it looks like it will be very good for skiing. Since the 3rd of March is a National Day in Bulgaria, many locals are expected. Starting tomorrow, all restaurants and cafes are allowed to finally reopen. This will definitely have its impact on people’s travel plans. 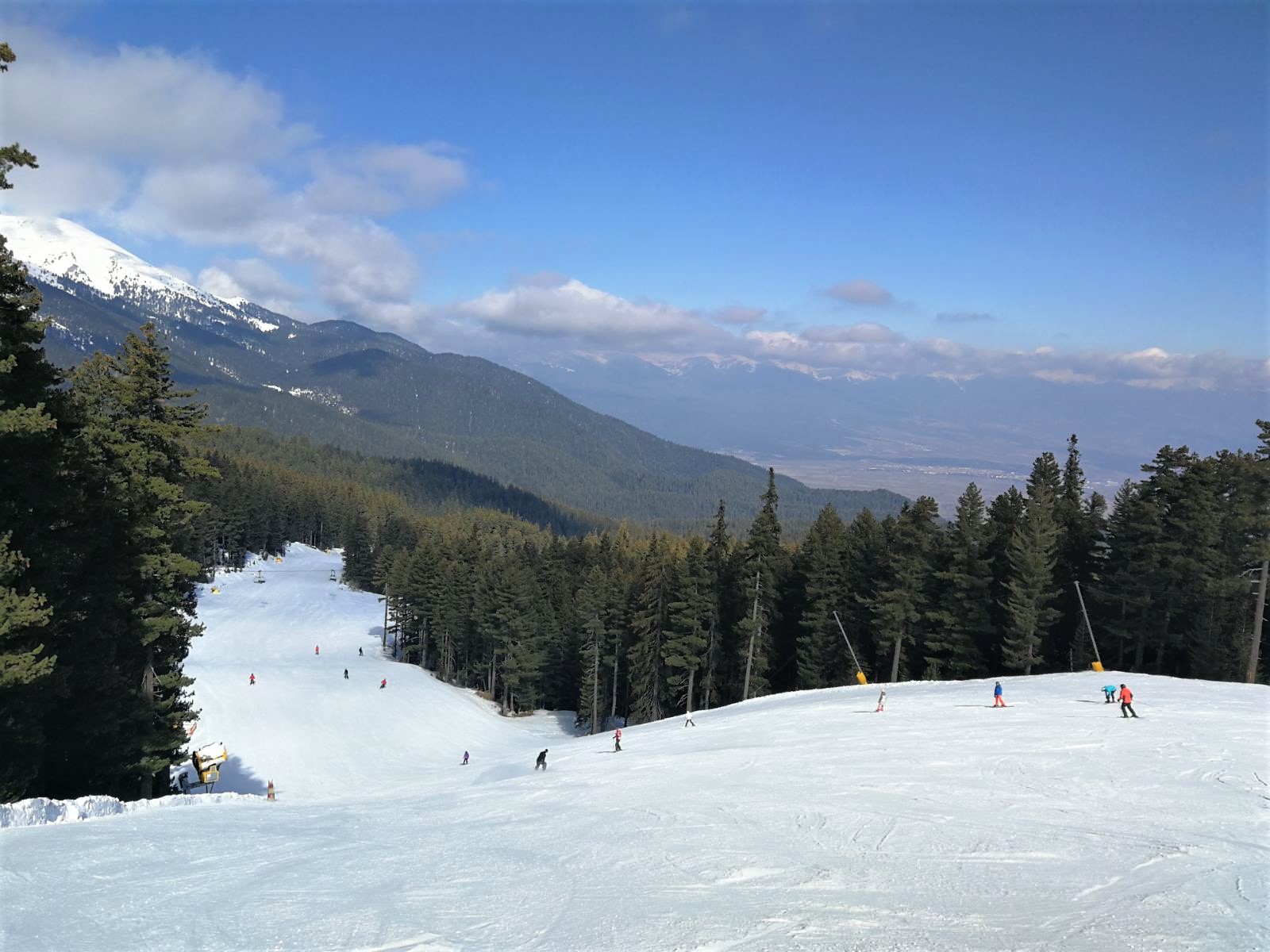