It’s now February and we all know what that means…the mid-term holidays are just about here. And along with them, many familiar and new faces will come through our rental shop to get some family skiing time in. But until the big crowds start rolling in, we have another week or two of the current low-season conditions and lack of people on the lift lines. 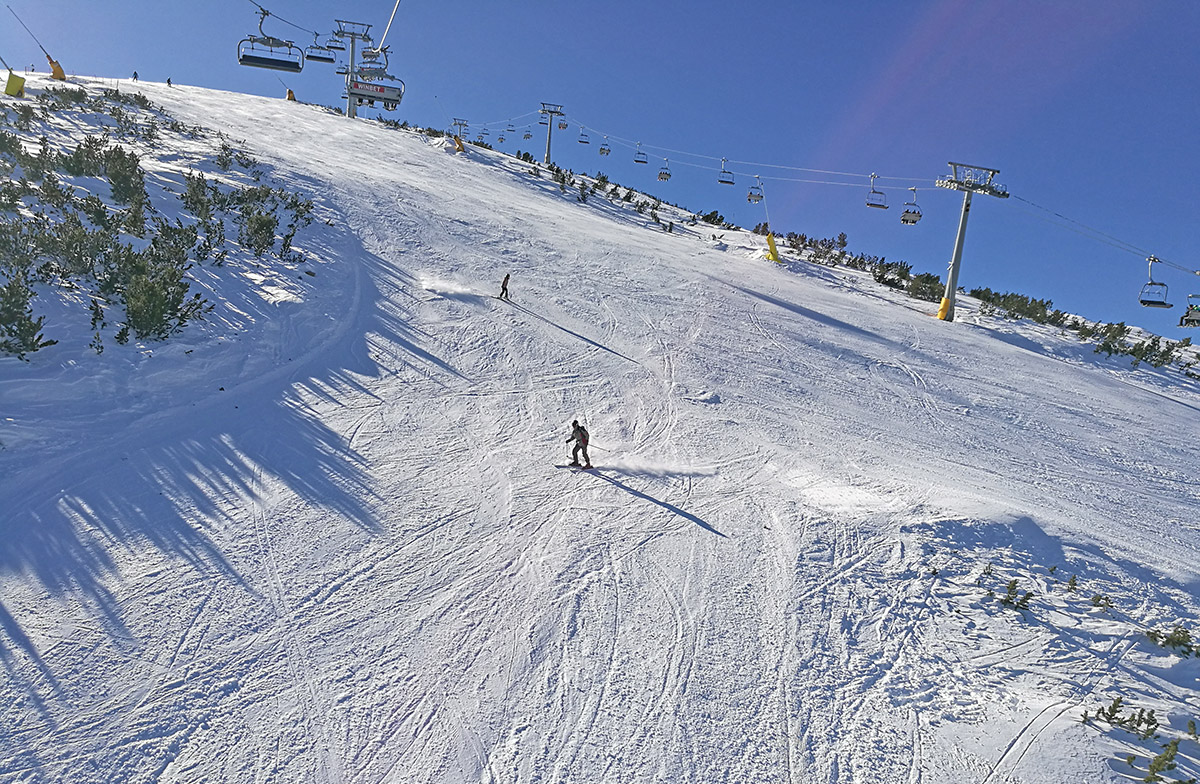 The queues for the lifts are starting to get steadily bigger, but they’re still much smaller than the typical February mid-term queues. Over the last 2-3 weeks, there were fewer people in the resort and often there would be only a handful of people waiting to get on the lift at any given time (except for the surface lift at Bunderishka Poliana and a few others). Now during the weekends, you may need to wait 2-3 minutes each run, but it won’t be each time. During the week there are even fewer people, but this won’t last until the end of February. As we all know, once the February mid-term school holidays start, Bansko gets very crowded for 2-3 weeks. But don’t worry, if you’re planning on coming then there is an easy way to skip the hour-long wait at the gondola in the morning, click on the link below to find out how:

How to skip the gondola queue for only €5 per person. 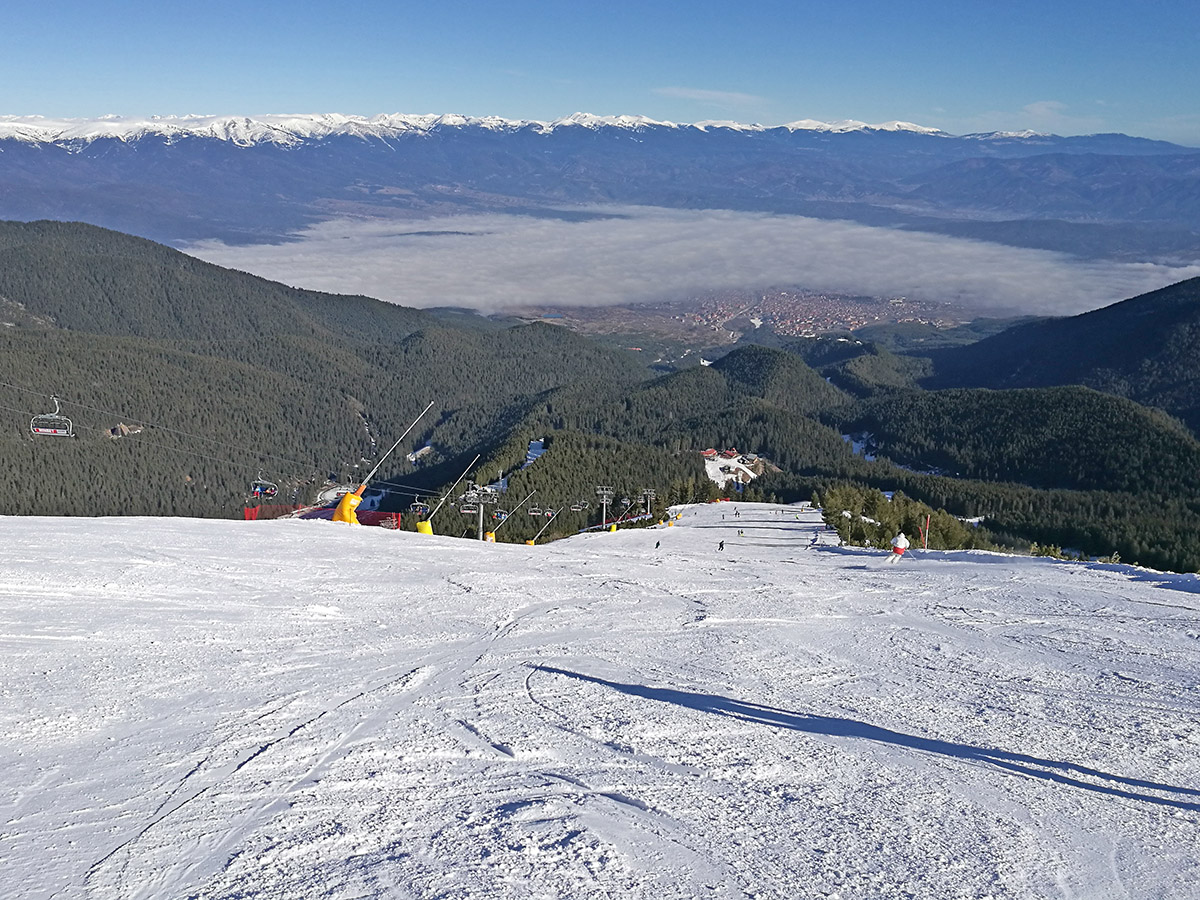 It was again sunny today, but we did get some more snow earlier in the week. The forecast at the moment is showing a few more warm days, before more snow Tuesday and Wednesday, when temperatures will also drop well below 0°C on the mountain. If you’re coming out to Bansko next week, make sure to bring some warm ski clothing. The next big snowfall is set for around the 10th, however, the forecast can’t be too sure that far ahead in time. 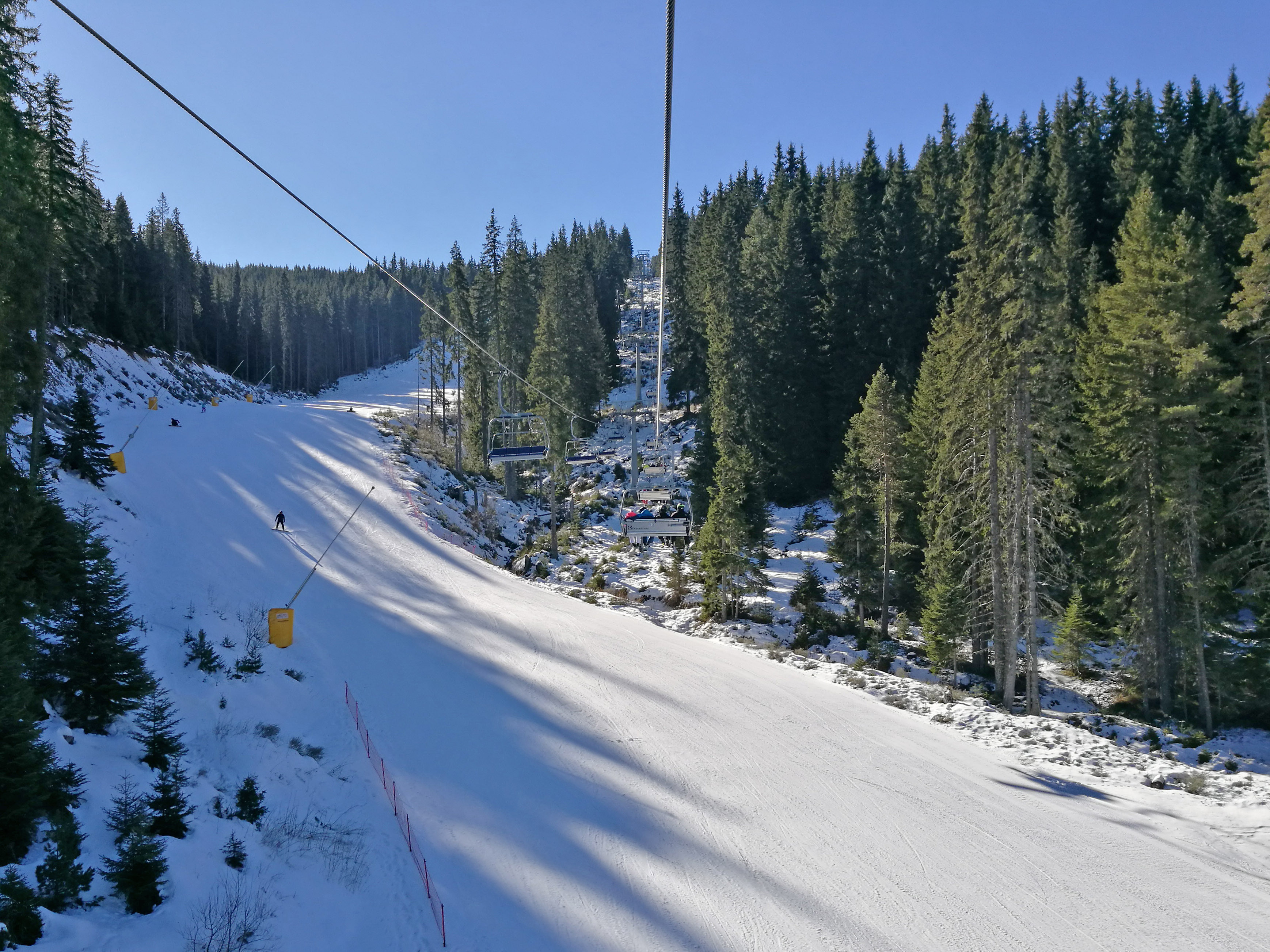 The slopes are in better condition than last week, thanks to the new snowfall. The Plato is no longer terrible and there are fewer icy patches on it (last week it was pure ice from top to bottom). The slope still hasn’t been groomed well, but if the machines come out and flatten the run many rocks will most likely surface, making it even worse. Conditions are much better on the other slopes, such as the N.5 and N.10 runs, which start at the end of the Plato slopes. There the snowcats groom the slopes well overnight and you’ll find a nice corduroy finish if you’re up early enough in the morning. But since it’s a little warm, the pistes deteriorate quicker and bumps start to form by noon.

The Todorka and Tomba runs have been open since the World Cup finished last week. They are the smoothest and best-kept slopes at the moment but are also some of the most difficult on the mountain. These were the best slopes today for advanced skiers, while intermediates would probably have enjoyed the N.5 most today. Regardless of skill level, make sure you have sharp edges when hitting the slopes if you want to pick up some speed. Conditions off-piste are still terrible and there is really nowhere you can ski powder at the moment. 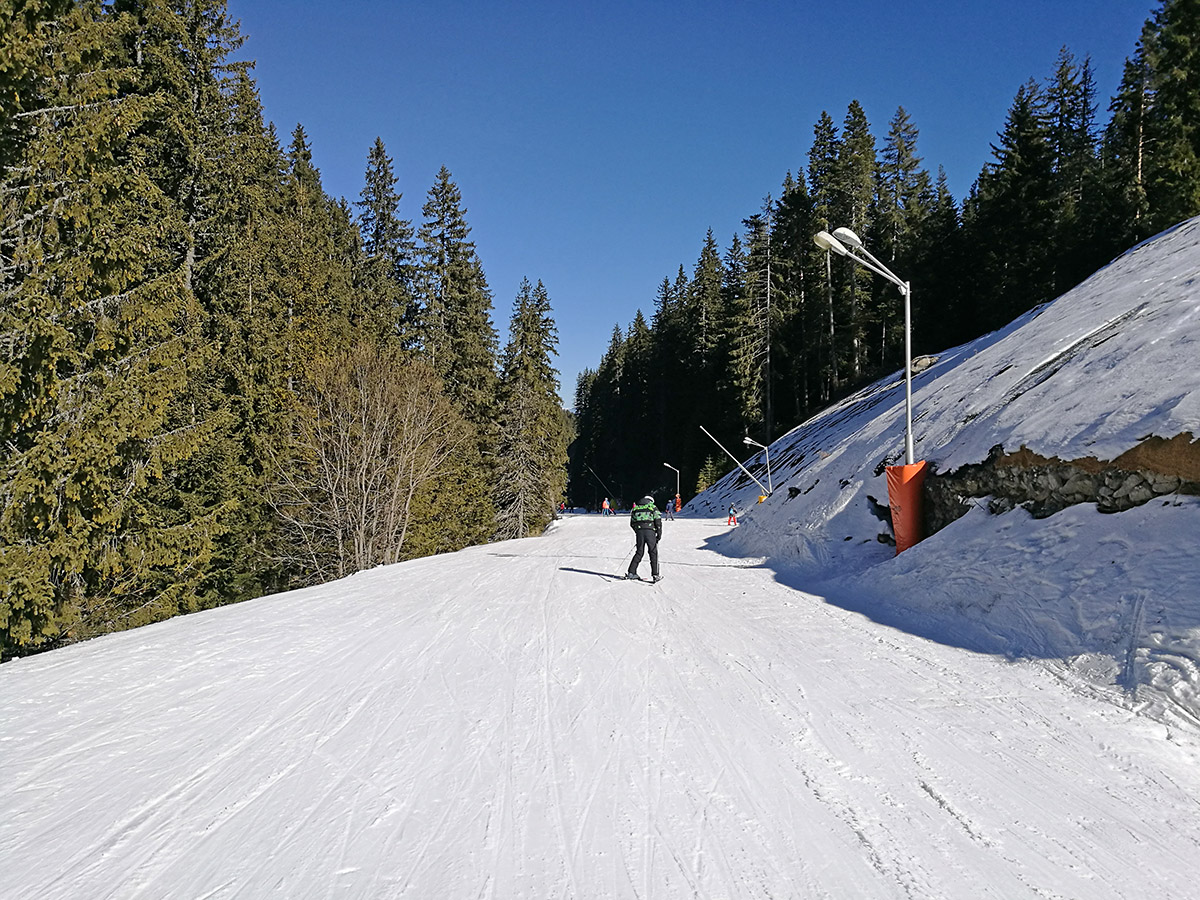 The Ski Road leading from the ski area to Bansko is in good condition.