We are welcoming February with a snow report from the busiest week for the season so far! Our team is providing such reports 4 times a month. Our goal is to keep you updated with the most recent information about the snow conditions. The last days were not as quiet as they used to be in December and January. The whole week was very warm with temperatures of more than 10° C. On top, however, it was very windy the whole week. 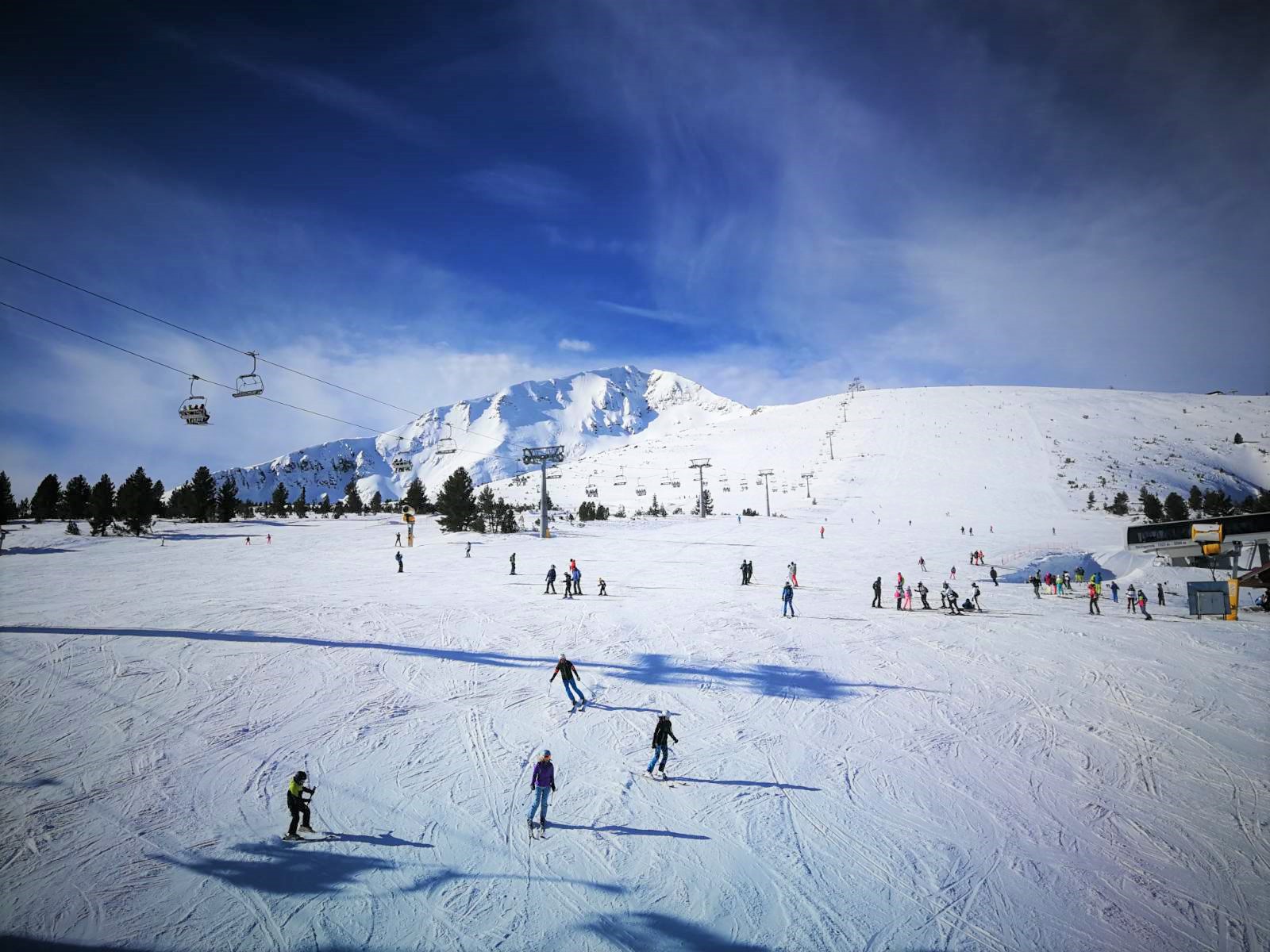 What a snow report would that be if there is no photo of the Plato Ski Run?

Many Bulgarians headed to Bansko for the weekend. As PCR tests are required for all travelers from the 29th of January, many Romanians cаme before that. This resulted in a kilometers long queue in front of the gondola building. The gondola management decided to start the lift earlier at 8 a.m every morning. That helped just a little bit and the waiting time between 9 and 11:30 a.m. was around 2 hours. Things are slowly going back to normal, but however, we would recommend getting up early and trying to be on the slopes as earlier as possible.

The police close the road for cars is at around 8:30-9 a.m. every weekend when the parking at the top is full. 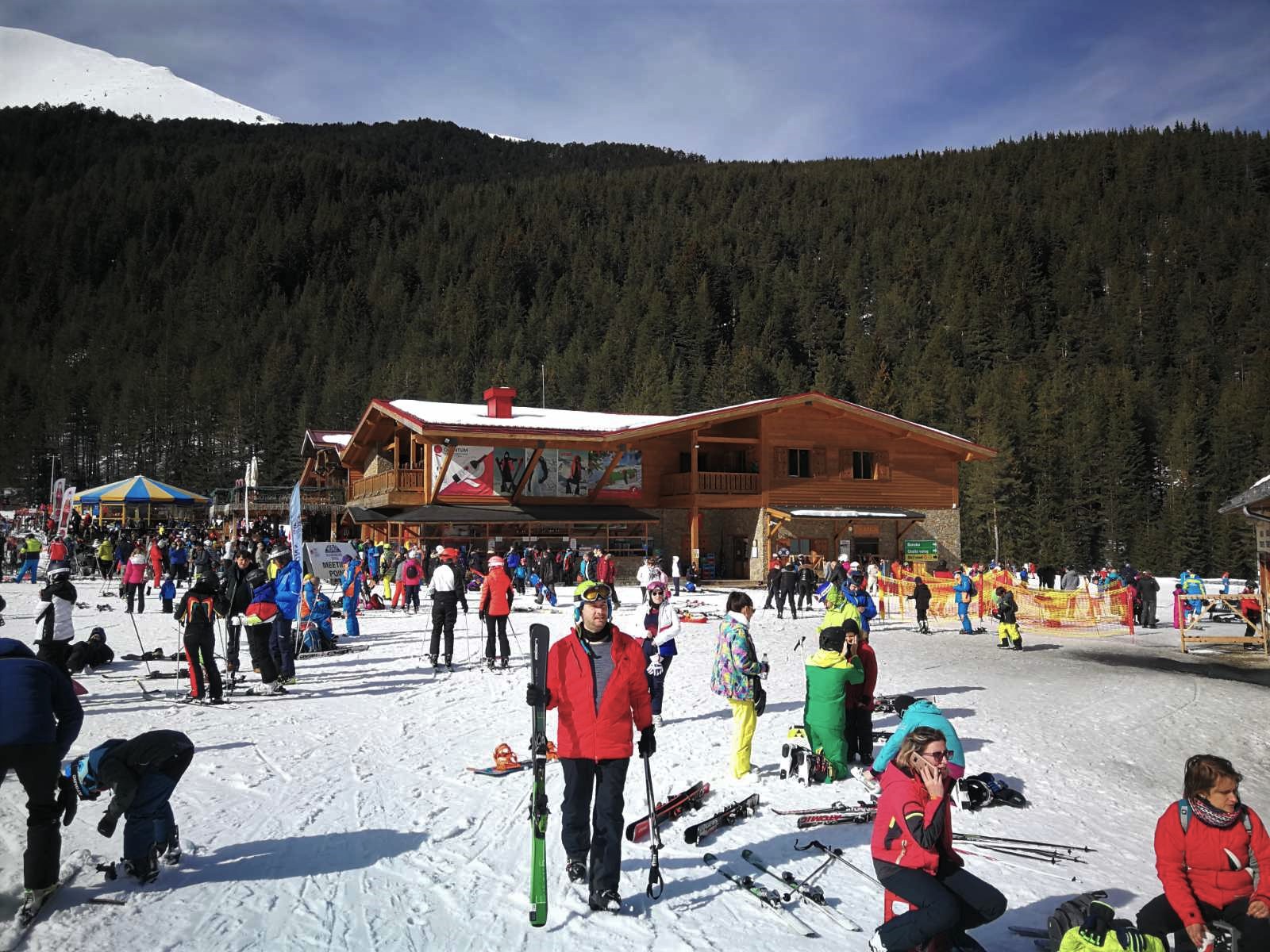 All slopes were working today, including Chalin Valog under the mid-gondola station. Attention: the temperature amplitude between the warm weather during the day and the cold nights resulted in very icy slopes. Beginners should be very careful. The slopes on top are not that icy as there is less artificial snow.

Ski Road is on thanks to artificial snow.

The area around the top gondola station Banderishka Polyana- the draglifts and the baby lifts are most occupied. Chalin Valog is the slope with the fewest people for the moment. You will for sure enjoy the ski road in the earliest hours of the day, but between 2 p.m and 5 p.m., it’s crowded. 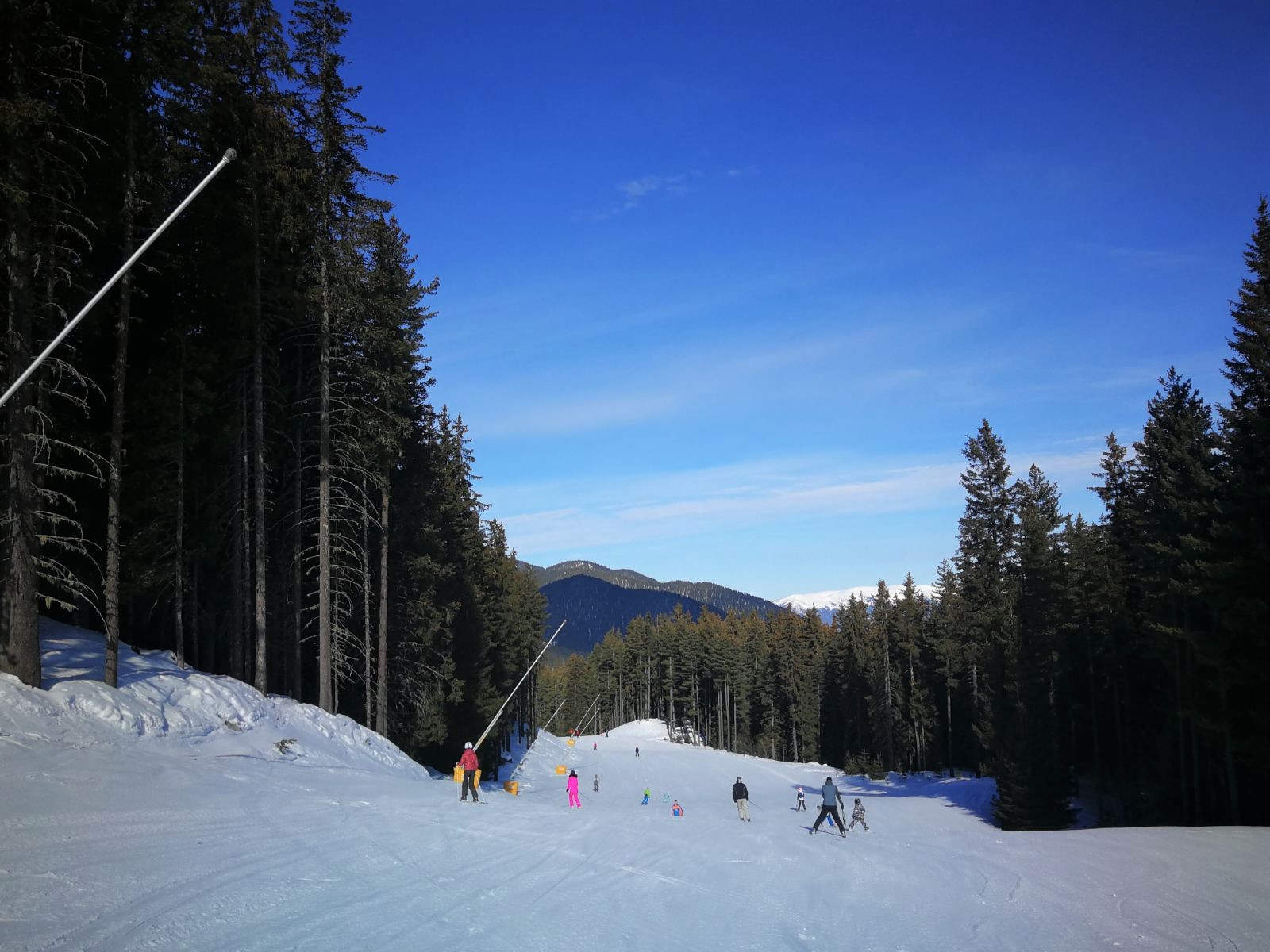 When there are many people on the slopes, the number of accidents is increasing fast. Wear a helmet and other protecting equipment! An accident- crash between two skiers, resulted in the death of a 68-years Bulgarian skier on Tuesday. Avalanche warning is still in force even though there was no snowfall since Sunday night. Don’t ski out of the marked ski areas!

There are many skiers at the moment!

The snow cover is 170 centimeters on Todorka, 100 centimeters on Banderishka Polyana, and 40 centimeters at the end of the ski road. We do not expect temperatures under 0° C for the upcoming 5 days. it will be raining on Monday and Tuesday.

Ski Road has its blue, reds, and green parts. What you think, which part is that?

Ski touring is very popular this season. There are many people who are climbing to the top with touring skis. You can rent a pair of ski touring skis in our shop!

The conditions are good for ski touring.