We’re getting ever closer to the February mid-term school holidays and we know many of you can’t wait to finally go skiing with the family! If you’ve planned a ski trip to Bansko, then you’re in luck as conditions are pretty good, considering it’s been one of the driest seasons in Europe recently.

We all know that during the mid-term school breaks the lift queues can get quite long, especially at the gondola, but for now, the waiting times for the lifts are still short. You’ll only find a big queue at the gondola in the morning, but it still passes by quicker than you think. If you want to skip the gondola queue you have a few options. The first option is to be there really early, the earlier the better. If you get to the gondola by 8 AM, you’ll probably be one of the first ones in line and will only wait till the staff starts letting people on the gondola at around 8:30. Your second option is to just skip the early morning skiing and head up at noon when the queue is again short. That way you’ll still get 4 hours of skiing in, without the hassle of waking up early. Your third and best option is to hire a shuttle for €5 per person and start skiing whenever you like. 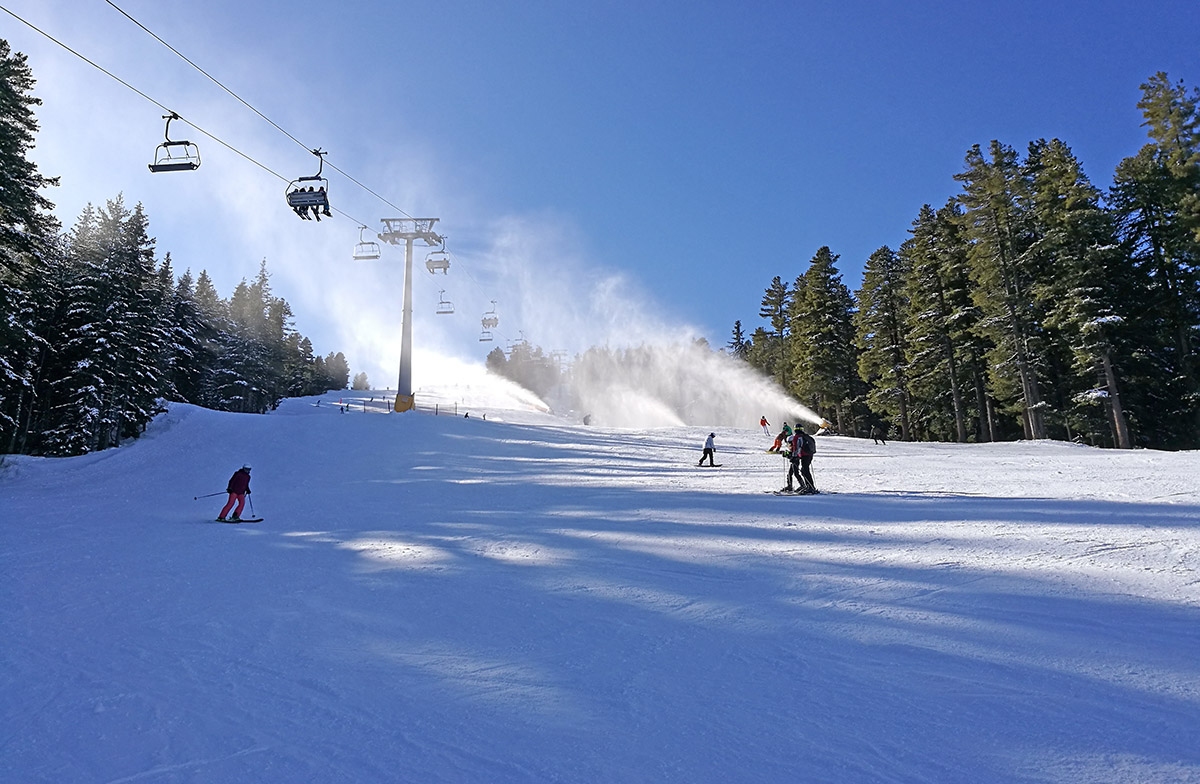 Over the last week in Bansko, we got all kinds of weather. Last Monday and Tuesday were partly cloudy and cold, followed by 20-30cm of fresh snow on Wednesday and Thursday and again below freezing temperatures until today. The forecast for the next 12 days is showing primarily sunny and partly cloudy days with a few small dustings of snow. There are no big snowfalls expected for now, but who knows, the forecast isn’t too precise more than a few days ahead.

Let’s talk about skiing conditions now. This weekend there seems to have not been two identical slopes in terms of snow cover and how they’ve been maintained. The Plato is in better condition than previously, however, there are still some rocks here and there on the skier’s right side of the slope. The good news is that the snowcats have groomed the Plato runs, so they’re not too bumpy, but not what we want them to be. Hopefully, once we get the next decent snowfall we’ll see the Plato finally have a good corduroy finish. Below the Plato is everyone’s favorite N.5 and N.10 Shiligarnika ski runs, which are in better condition than most of the other slopes. There the only downside is that the snow cannons are sometimes left running when it’s cold enough, even during working hours. In the morning you’ll find that the snowcats have groomed the slopes thoroughly, but by noon they start to deteriorate and the icy patches start coming up. 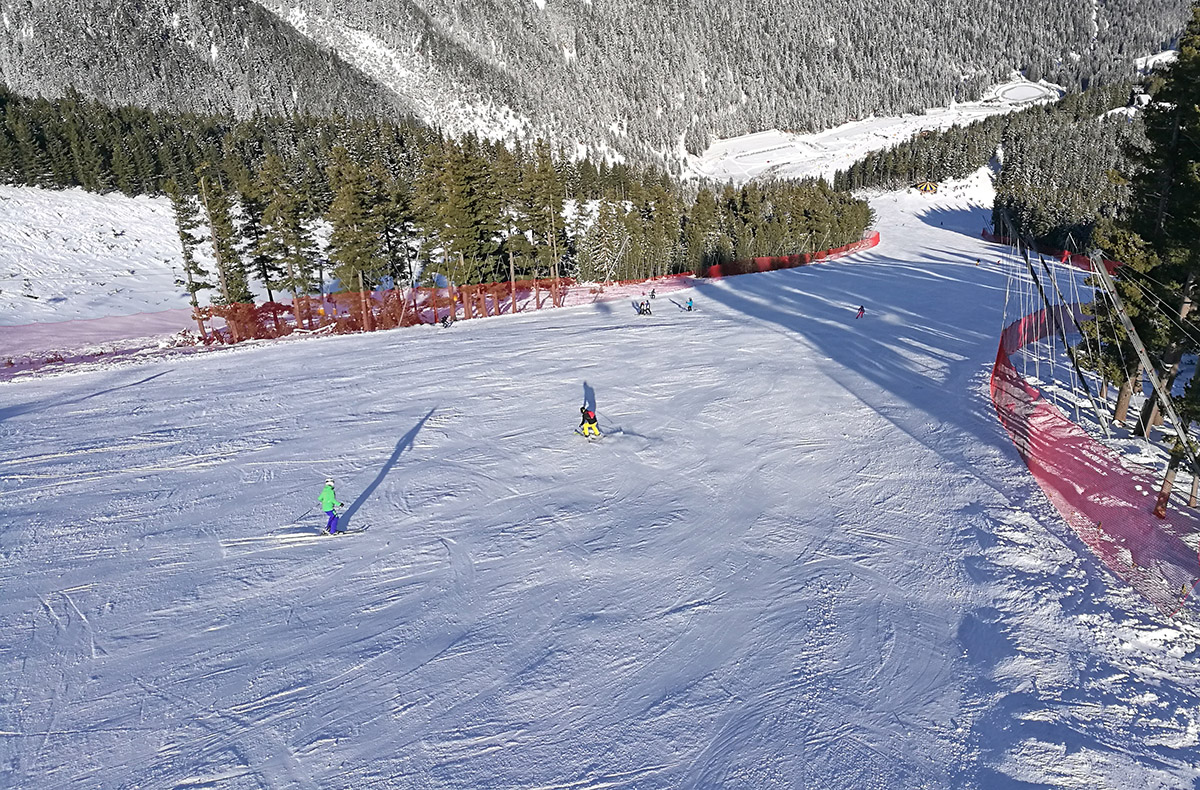 The Todorka ski run was part of the World Cup race track.

On the other side of the mountain, the Todorka and Tomba ski runs are in very good condition and not as icy as one would expect after a World Cup race was held on them. These are also the two best ski runs at the moment, but they are only for more advanced skiers. Tomba itself is not suitable even for intermediate skiers, then again, it is the only black run on the mountain. That’s also part of the reason why these are the best-kept slopes, fewer people skiing them means less slope deterioration. Lower down the mountain, conditions in the Chalin Valog ski area are also excellent. There you’ll find fewer people and perfectly flat slopes, even if they are on the hard side. 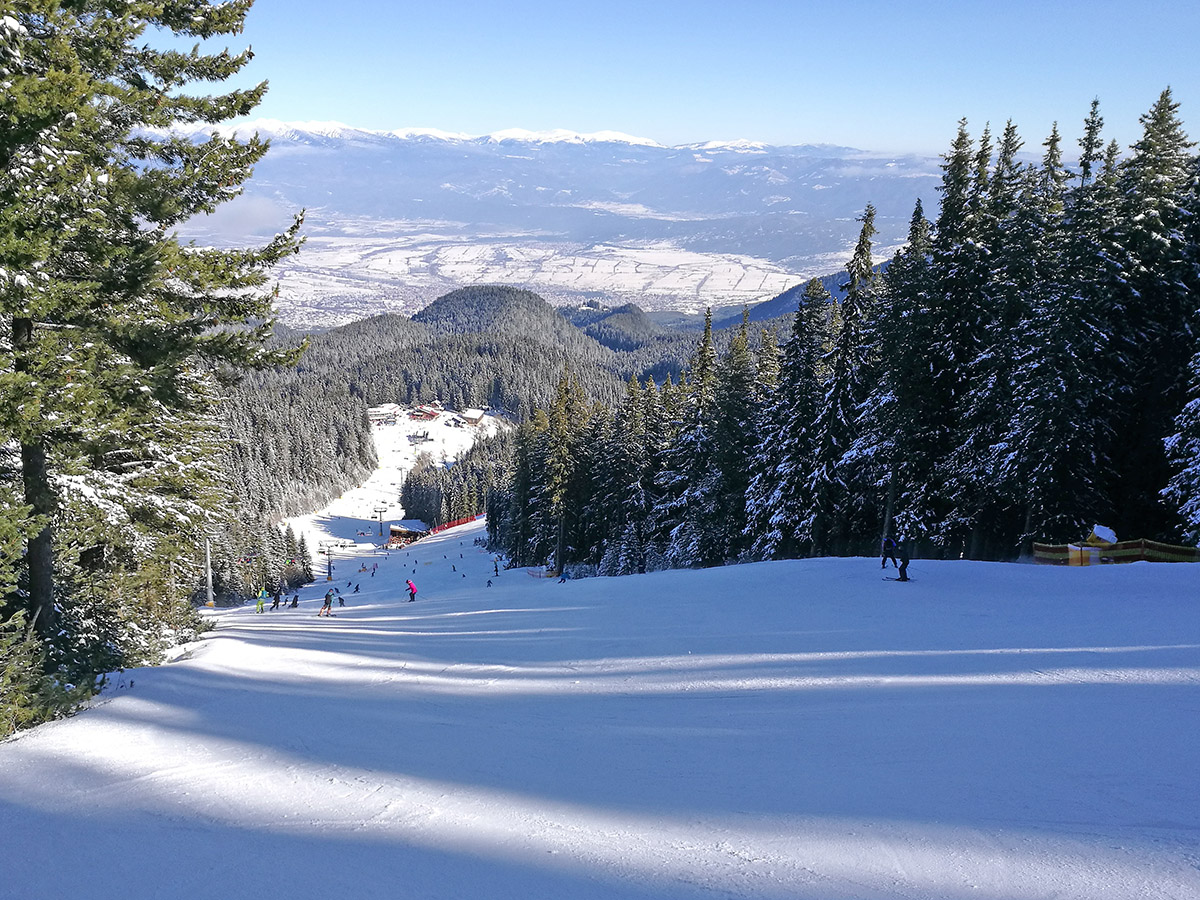 This year we don’t have any information about whether there will be a snow park or not. Usually, the park staff has started work on it by this time of the season, but for now all that’s been done is a few of the rails have been moved to the snowpark area. Conditions off-piste are still a “no-go”, there just isn’t enough snow yet. 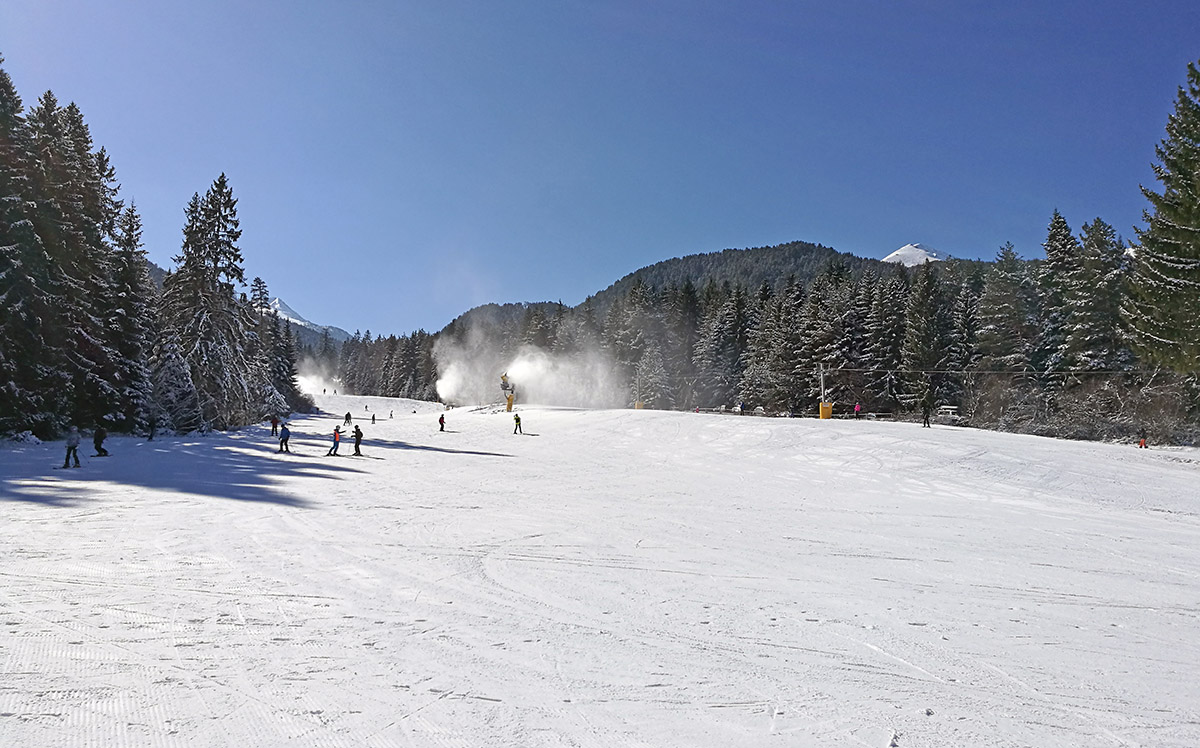 The green run in the Chalin Valog ski area is one of the best places for beginners to learn.