If you’re looking for a snowy vacation, then Bansko has you covered. Today we got over 40cm of fresh snow on the mountain and and in the town and got to ski some decent powder in the safer parts of the resort. If you’re still wondering on whether to head out this way, there will be plenty of snow for a long time. Forecast is for the temperatures to stay at their current levels and even more snow! 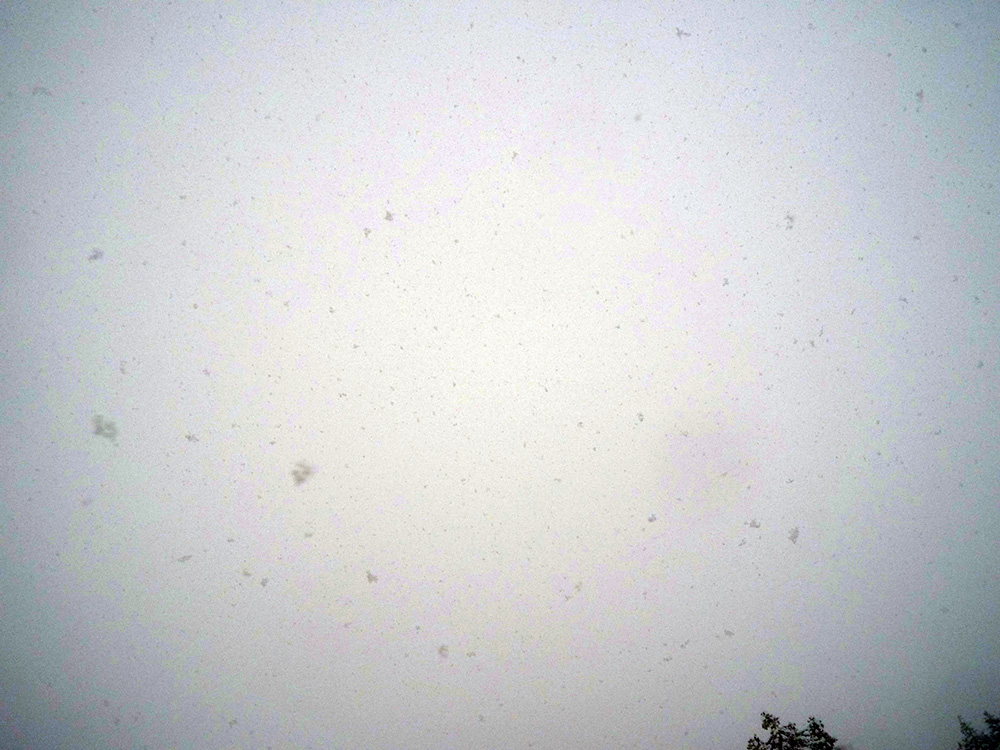 All of the lifts have opened, except for the Plato lift. We are hoping for it to open soon after this new snowfall, but we can only speculate at the time being.

Snow cover is very good at the moment. On the slopes there is a very big base layer, which got even bigger after today. This means that there will be sufficient snow throughout most of February, even if it doesn’t snow any more (which is highly unlikely). However, piste conditions today were not so good for most skiers. As with any resort in the world, the snowcat can’t groom while there are skiers on the slopes (for safety reasons). If it’s snowing non-stop, like it has been since last night, there is a high chance that the slopes will be covered in soft powder snow in the morning. This is great if you’re one of the first people on the mountain, but not so good for the afternoon skiers. In such conditions the skiers push the snow and big bumps form all over the slopes. But fear not, every night the pistes are groomed. 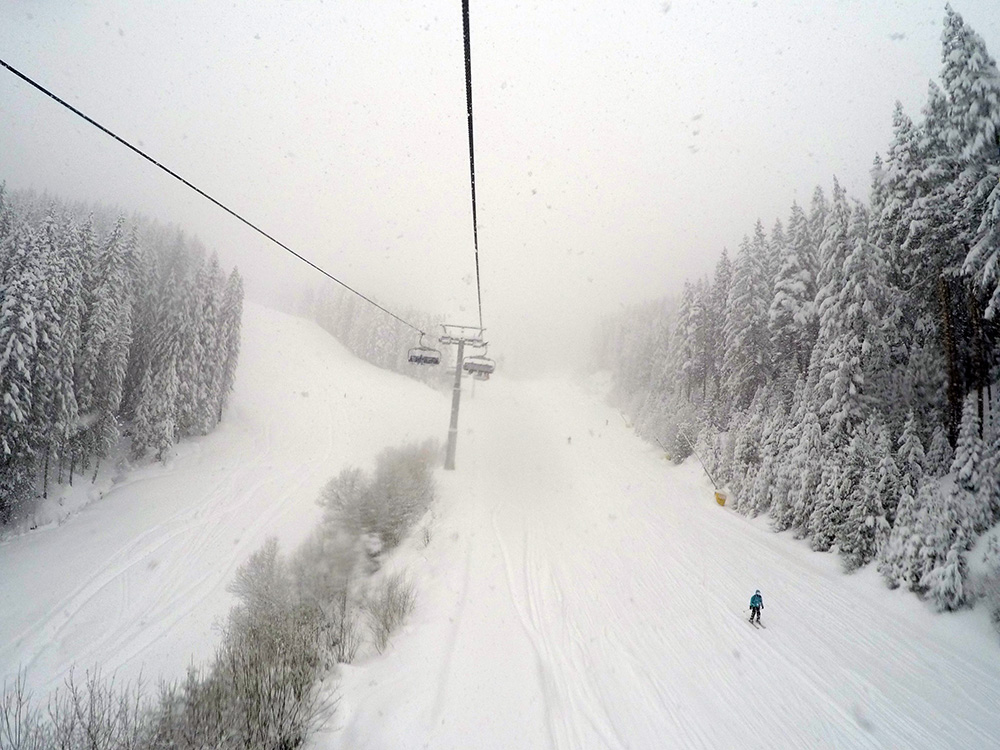 The conditions at noon were most bumpy on the Shiligarnik runs (N.5 & N.10), Chalin Valog and Balkaniada runs. They were best on Tomba, as much fewer people ski there. The good news for first timers is that the beginner slopes often stay flat through the better part of the day. This is because skiers are going much slower and affect the slope less. In the Chalin Valog ski area, there was over 30cm of fresh champagne snow on top of the groomed piste. 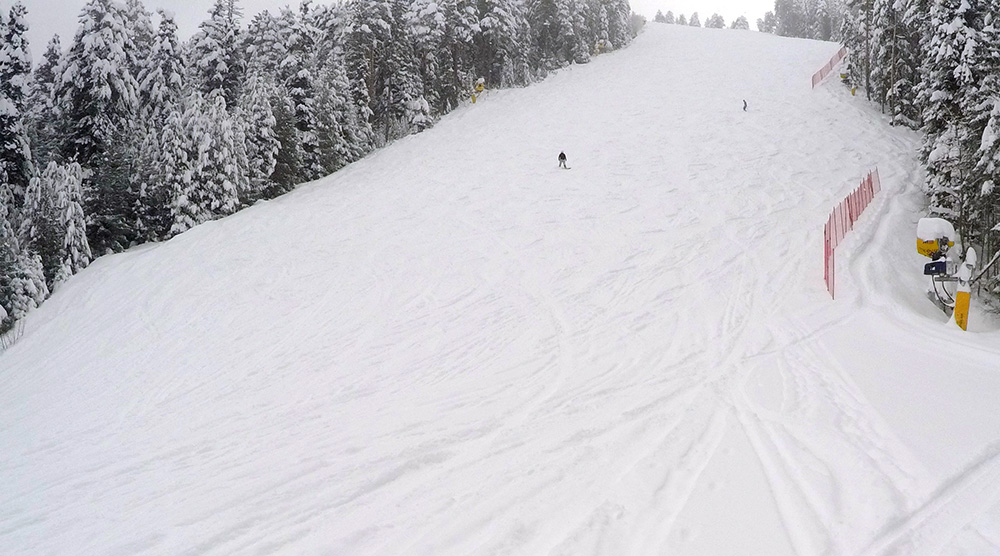 If you plan on going off-piste, we advise extreme caution. In the wooded terrain, the snow still doesn’t cover every rock and root. Many of which are just under the surface. The Plato ski run is still officially closed and wasn’t groomed. Here there are still a few roots to the side of the slope, but should be relatively safe for most intermediate skiers. A very important place to stay away from is “The Cup”. This is the area located between the top of the Plato ski runs and the N.4 Balkaniada. At the moment it is deadly and you won’t be the first to die there if something goes wrong. In fog it is possible to wander into it by mistake when going from the top of the Todorka lift towards to Plato ski runs. So be aware of where you are on the slope at all times. The Bunderitsa chutes, some of the most fun and dangerous terrain in Bansko is still out of the question even for the best local freeriders. The snow is just too unstable, so please don’t be a hero and know your limits.

If you want to learn to freeride and are lucky enough to be in Bansko during a snowstorm, then we advise sticking to the un-groomed slopes first, then venturing slightly to the sides of the piste. 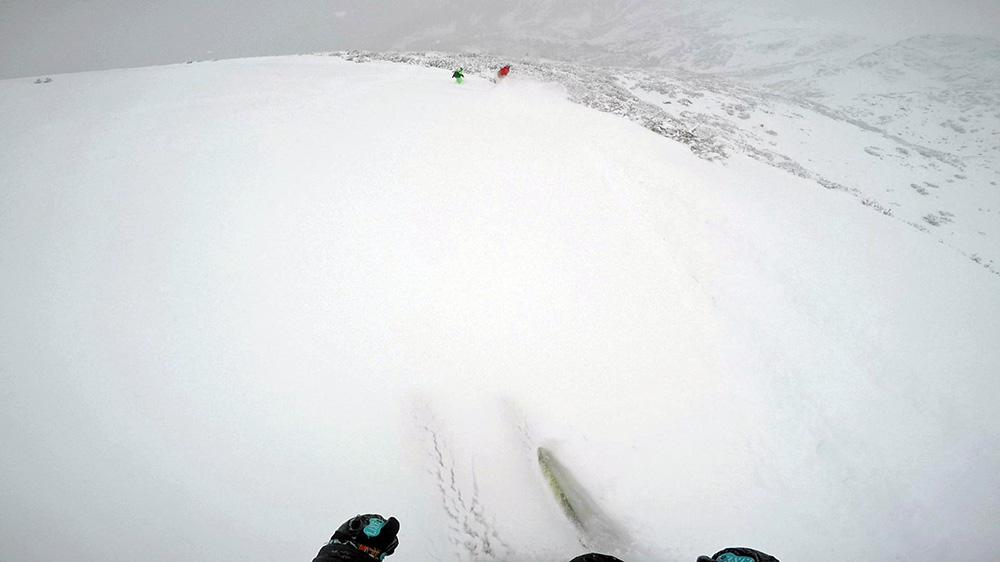 WARNING: Today there were a lot of people skiing on the skier’s right of the N.10 ski run. It is extremely important to stay as close to the slope as possible and to not venture to far down. There are signs showing when you must turn left towards the slope, but if you continue past them even for 5 more turns you won’t be able to ski back to the slopes! This area leads to extremely dangerous terrain and we advise you to stay within sight of the ski run. If you do miss the signs and find yourself low in the mountain, call the mountain rescue service for instructions and do not continue forward. 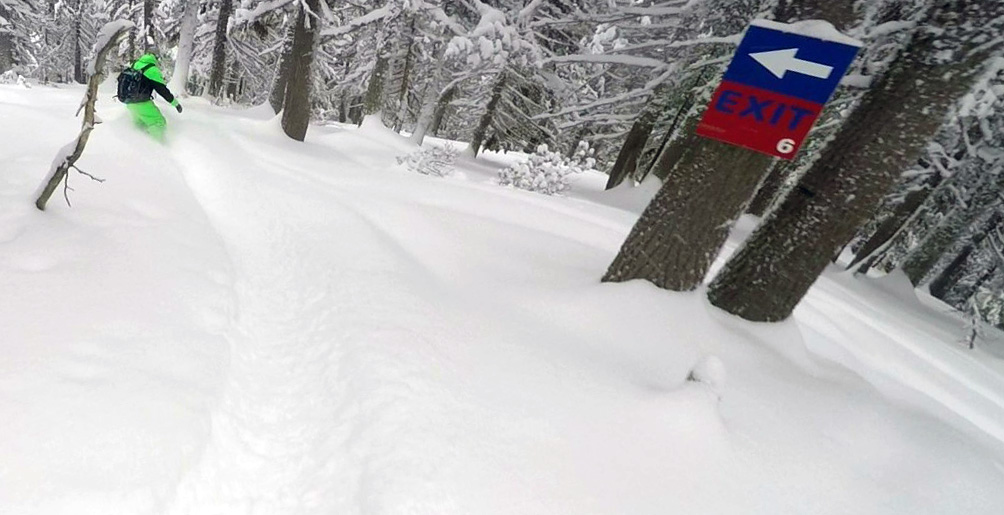 These are the signs you shouldn’t pass.