Another week of snow and sunshine here in Bansko. Snow cover is good, but today was very cloudy in the middle of the mountain. Good news is that the forecast is for lots of sun during the weekend. Keep reading to get the low down on what the conditions are in Bansko.

After last Thursday’s snowfall, there hasn’t been any sufficient new snow. It only snowed slightly a few times since then, but nothing noticeable. But the good news is that it was very sunny, which is a great change from the cold weather we’ve gotten used to here. Temperatures are still below freezing, but the sunshine makes it feel much warmer. An added benifit of the sun and warmer weather is that the off-piste snow can finally stabilize at least a little. Conditions on most of the mountain today were cloudy, however the Plato was all sunshine.

All slopes are currently open, except for the Tomba ski run. It’s closed for preparation of the snowboard world cup which will be held there. We don’t expect the piste to be open before the 7th-8th of February. If you’re in Bansko between the 3rd and 5th of February, you should definitely take some time to watch to best snowboards in the world battle it out in the Slalom, Duel Slalom and Boardercross disciplines. 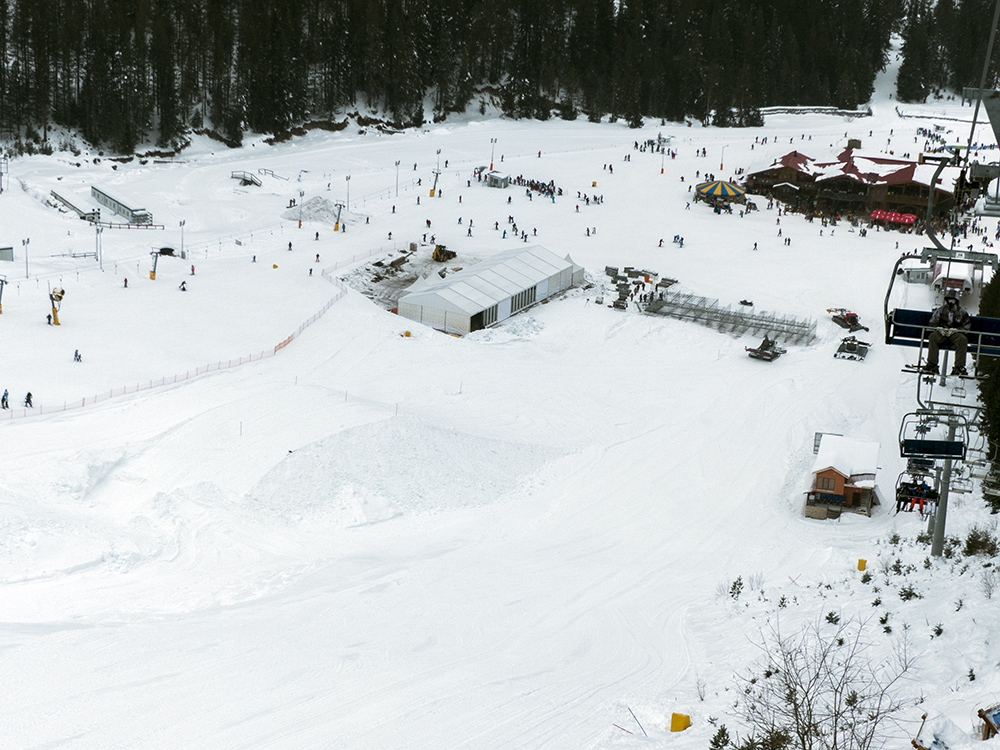 Slope conditions are very hardpacked with some ice here and there in the afternoon. If you want to go fast and get some great carving turns in, then we suggest being in the mountain as early as you can. Good news is that the slopes don’t get bumpy in the afternoon. If you’re skiing on the Plato you should take it slow at the top. The snow cover isn’t enough to cover every rock and grassy patch.

The forecast is for next week is low temperatures and a mix of sunny and cloudy days. No big snowfall on the horizon.

There are a few patcheslike this one on the Plato ski runs at the top section.

Ski & Board Traventura is a leading provider of lift passes, equipment rental, airport transfers and ski school for the Bansko area. To book your next ski vacation in Bansko with us, please check our website – www.skibansko.bg