Snow conditions in Bansko are pretty good for early January and with more snow to come next week we are expecting a great month of skiing and snowboarding.

The connection between Banderitza and Plato

Spring temperatures in January were not what we expected, although they did brought sunny, bluebird days on the slopes. The whole week the temperatures stayed positive around +10°C at Shiligarnika and Bunderitsa and  +7°C at Plato, but as the weekend approached we had some weather change. Temperatures dropped down and the weather forecasts for next week show even some snowfall on Monday till Wednesday, meanwhile at 2100m we will have temperatures between -3 and –9°C.

There haven’t been any significant snowfalls during the last week, but luckily the low angle of the sun at this time of the year doesn’t  cause too much melting of the snow cover. At the top we now have 130cm and at Banderishka Polyana (1620m) – 80cm. We have our fingers crossed for next week’s snow forecast and if it does come true, we might have some proper powder days. 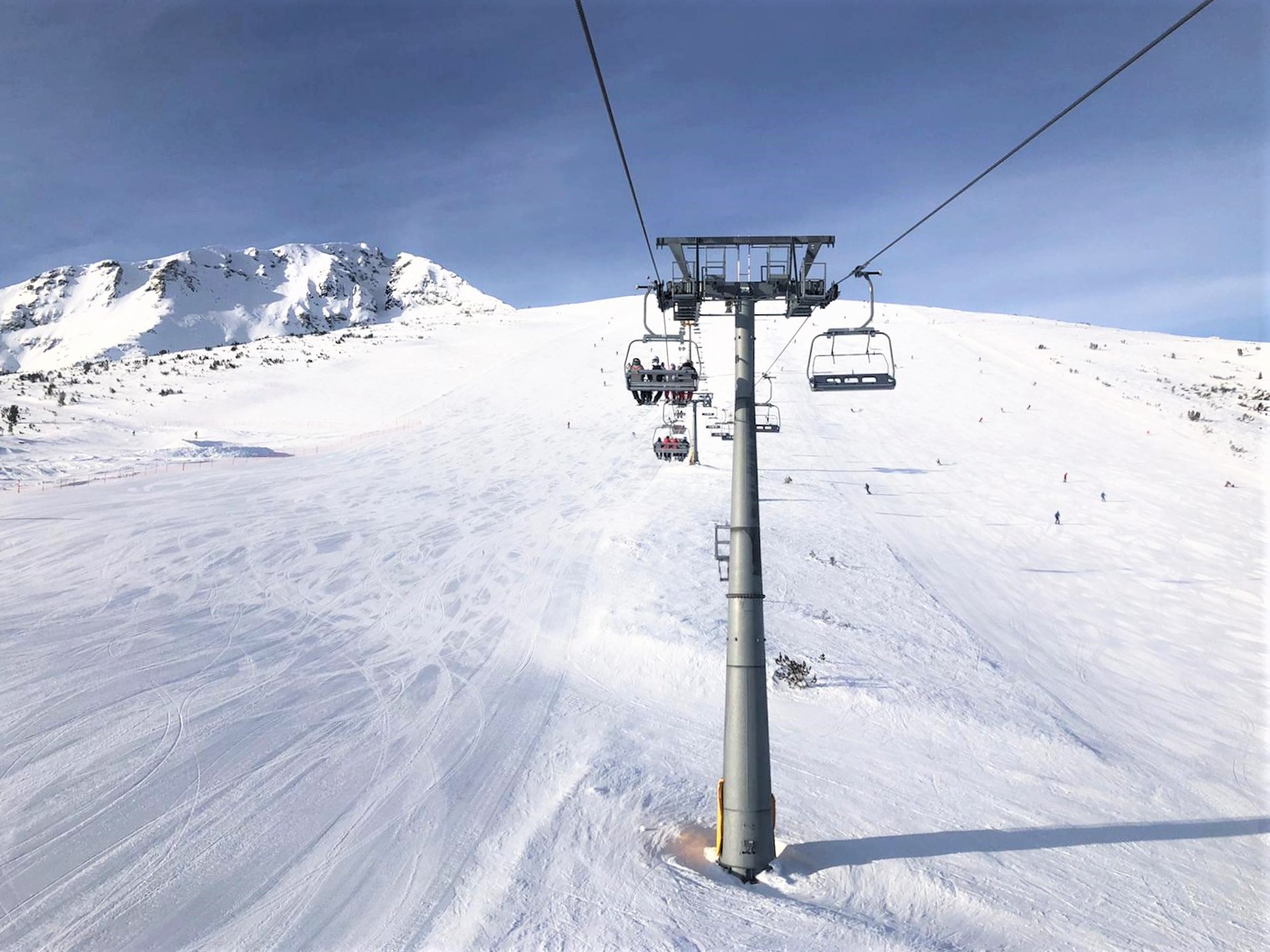 View of Mount Todorka from the Plato chairlift

Conditions last week remained great, despite the positive temperatures and the lack of new snow. Perfectly groomed slopes in the mornings and of course “waffles for breakfast” for the early birds.

Early was the keyword these days, if you wanted to get the best out of skiing in Bansko. Despite getting a bit slushy in the afternoon, the slopes were still quite enjoyable. Plato offered some great morning conditions with softer snow, compared to both runs number 5 and it’s parallel number 10, where the snow was a bit hard before 11:00 am. One could really make the difference between slopes with real and artificial snow, as those that have plenty of the latest, were indeed keeping cover tighter for longer, despite the occasional icy and hard patches.

Some not so busy slopes you definitely would like to try are Banderitza and Balkaniada runs, as well as Todorka, do keep in mind though, that they are red slopes and intermediate skills are needed to feel comfortable on them.

All slopes are now opened and all lifts are working with the usual operating hours of the resort for this time of the year. The best part is that there are fewer people in Bansko at the moment than while holidays and virtually no queues for the chairlifts. The Ski Road is also open all the way to town, being in good condition to the very end.

Shiligarnika chairlift bottom station. the resort is not so busy after the holidays

Get to know the new measures taking place this Friday, January 7th.