We are now in the middle of  March, around a month before the season’s end, and here is our weekly snow report! Today it was sunny and warm, but Baba Marta (or Granny March, as the month is famous in Bulgaria), surprised us with some winter views and low temperatures. 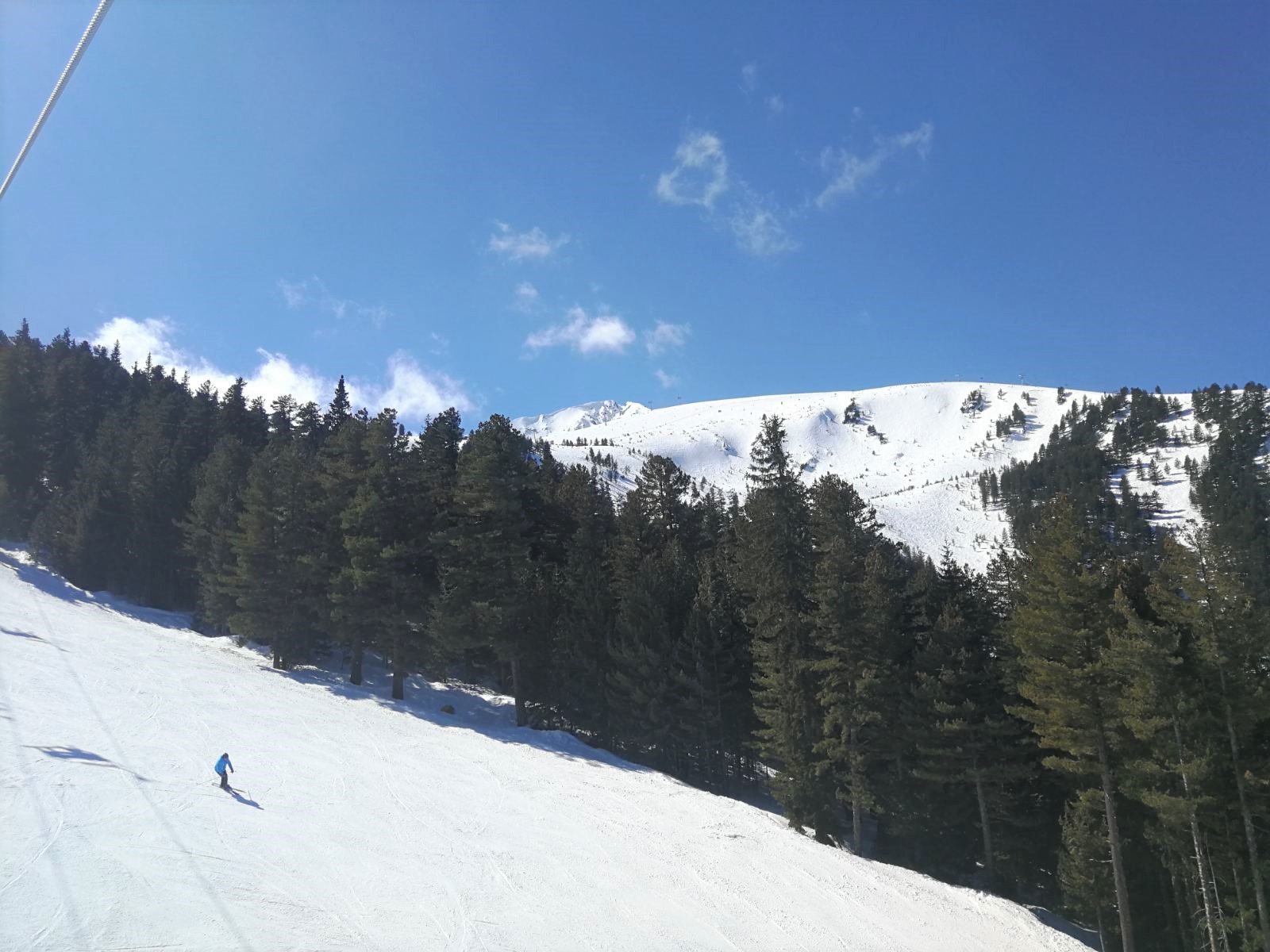 There was some snowfall at the beginning of the week. After that, the higher temperatures slowly melted the snow. Therefore, I can report the same snow cover as in our previous snow report: on the very top of the mountain, at Todorka peak, the snow at the moment is around 200 cm. At Banderishka meadow, at 1620 meters, the snow is 140 cm. In the town, there were around 2 centimeters of snow only on Tuesday, but it disappeared the same day. Winds were not strong and none of the slopes on top had to close because of bad weather conditions. 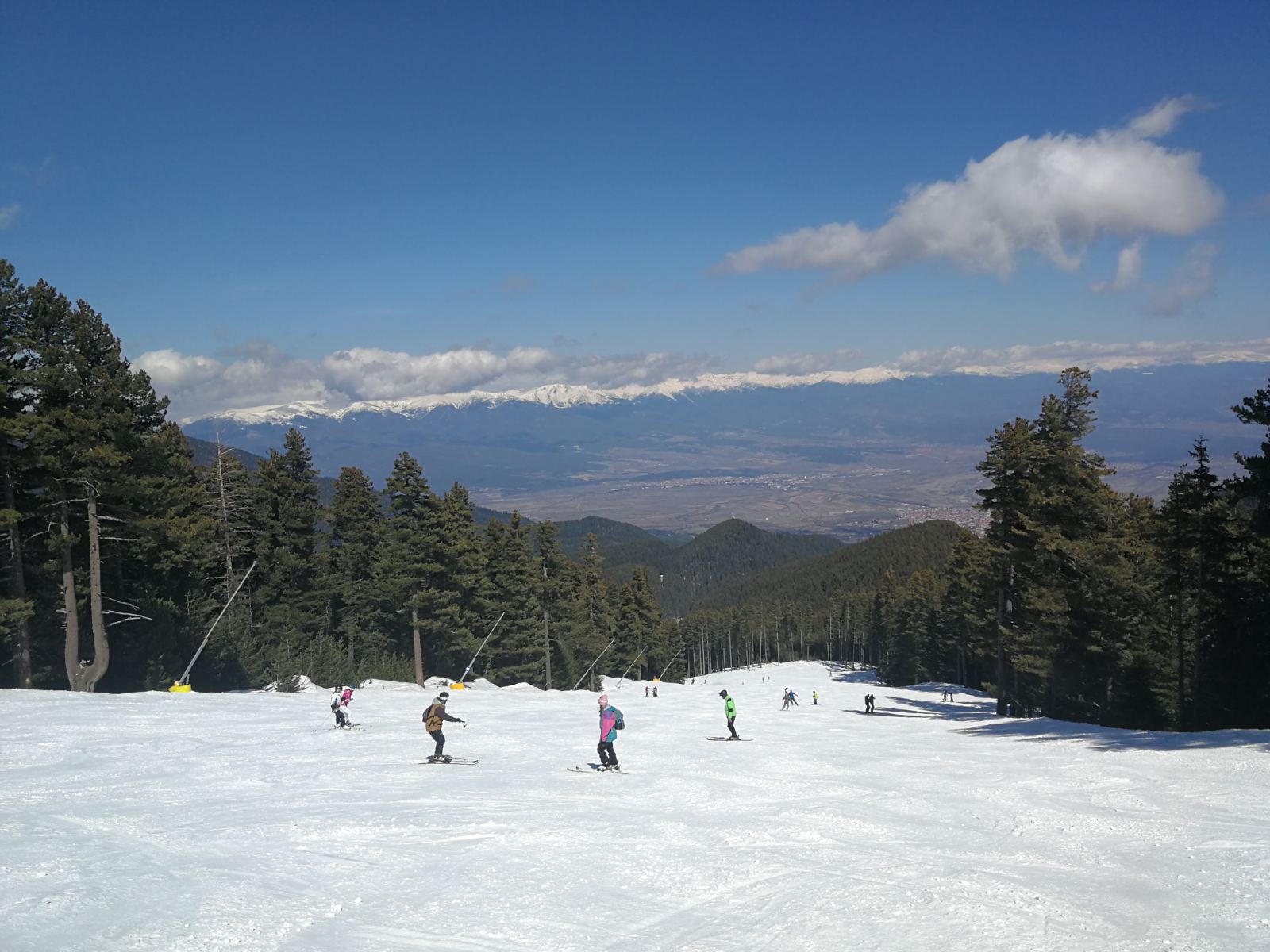 The management of the resort continues to produce snow every time when possible. The slopes are groomed and maintained every day. Yet there are not significant black spots on the slopes, so conditions can be rated as good-level.

As usual, the slopes were a lot busier over the weekend. Borovets, the other famous Bulgarian ski resort, has announced reduced lift pass prices from the 16th of March. It’s expected that most of the Bulgarians will head off there next week. If you are one of the people, that are willing to check on skiing there, you can book your equipment with our colleagues from Ski & Board Traventuria- Borovets here!

Another view from Ski Slope 10

A few of the restaurants in the ski zone have started preparing for the end of the season. Kozela Restaurant and the outside bars at Shiligarnika and Banderishka Meadow are closed. The good news is that still everything back in the resort is open until 10 p.m.

All slopes are opened. The black sleeve of Chalin Valog is the only closed slope (as it was the whole season).

Due to the warm weather, the snow is a bit squishy in the afternoon. There is no waiting time at none of the slopes or lifts. The car road and the parking at Banderishka Meadow are now re-opened. 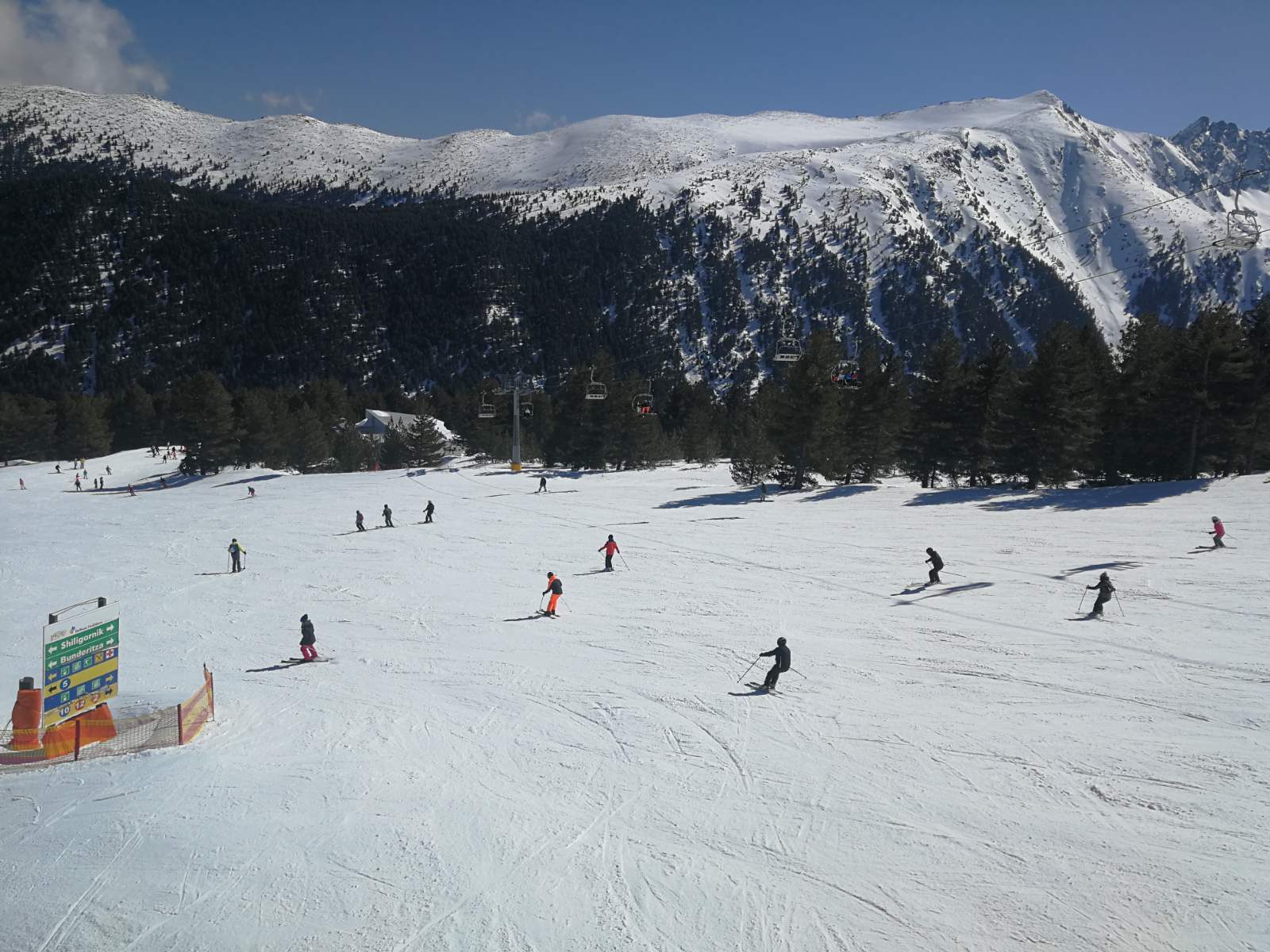 Plato Ski Run at its end.