This week was marked by the competitions that took place in the resort. Bansko Freeride World Qualifier 3* and a State Championship in snowboarding. Great organization from the resort and spectacular events to watch live.

The whole week the weather was more like it is mid February, rather than the end of March. Temperatures were below 0°C, and even on Saturday and Sunday at the top we had – 13°C to -15°C. At the beginning of the week the weather was more mild, with temperatures around zero. Then the mountain closed with clouds. On Thursday and Friday morning the upper part of the mountain was quite foggy, with some snowfalls and significant decrease of the temperatures. Friday afternoon the sky cleaned up and we had some great sunny hours with  а bonus of fresh snow to enjoy.

Banderitsa 2 chairlift on Friday morning. Couple of hours after the sky cleared up

The weekend was sunny, cold and with some light winds, but altogether great. Bit chilly with -15°C, which is definitely not common for this time of the year.

Next week we expect mostly dry weather. No snowfalls ahead and cold weather till the middle of the week. The coldest day is said to be Monday with -9 °C and then slightly the weather will warm up. 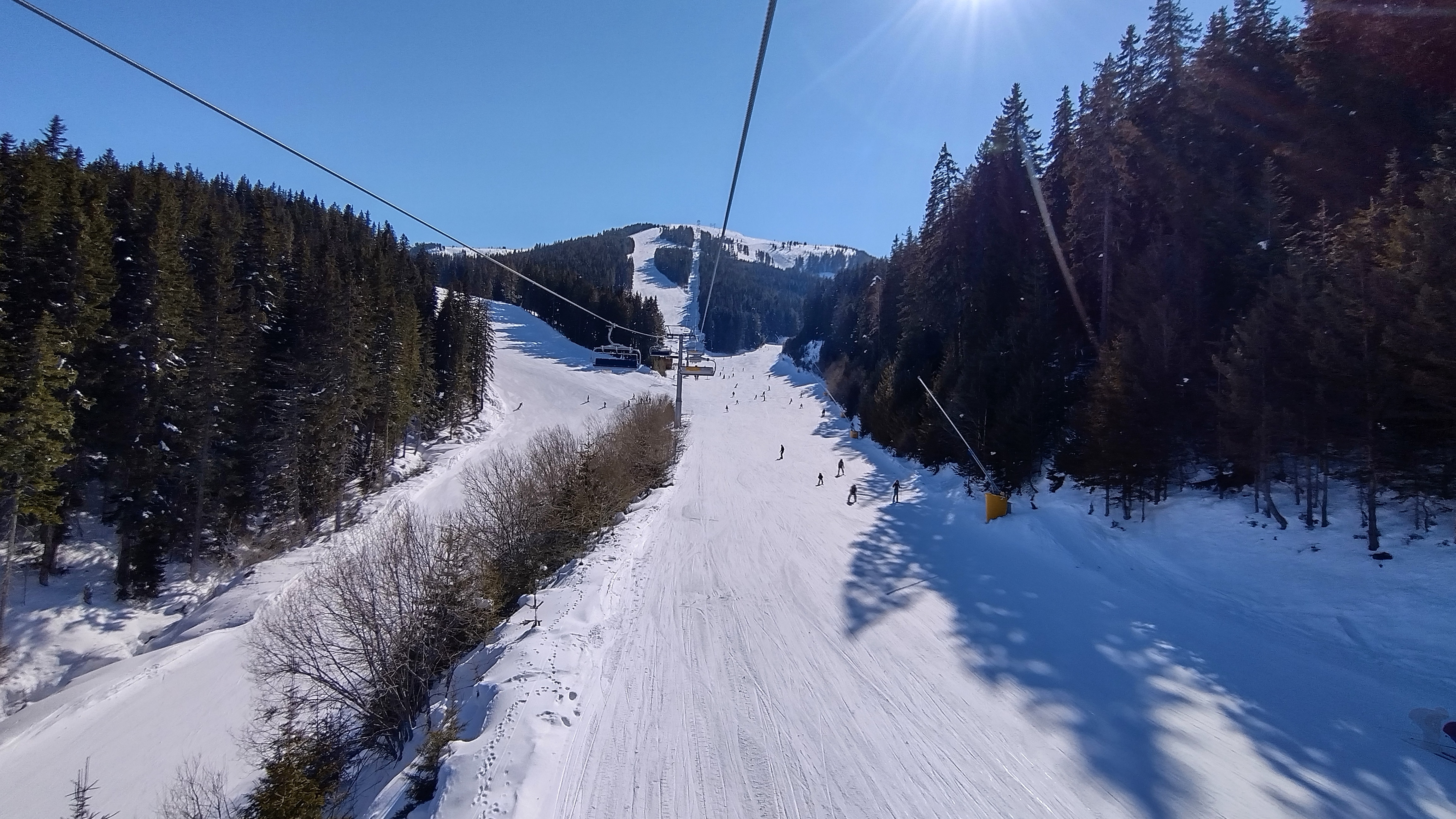 We enjoyed some nice sunny days at the end of the week. The weather will stay sunny also next week.

Above 2100m temperatures will stay below 0°C, but for the lower part of the resort we expect them to be around 0°C and even positive on Saturday and Sunday. The spring is slowly coming as it is normal to be. On Tuesday and Wednesday above 2100m will be quite windy. The rest of the week will stay sunny with light winds.

To Tell the truth the mountain hasn’t been so snowy for years. Having more than 2,5 m at the top and more than a meter at the lower part of the resort is not common for this time of the year. The snow blanket at Plato (2550m) now is more than 250cm and at Banderishka polyana – 150cm. Thursday and Friday we even had some fresh now to enjoy =) 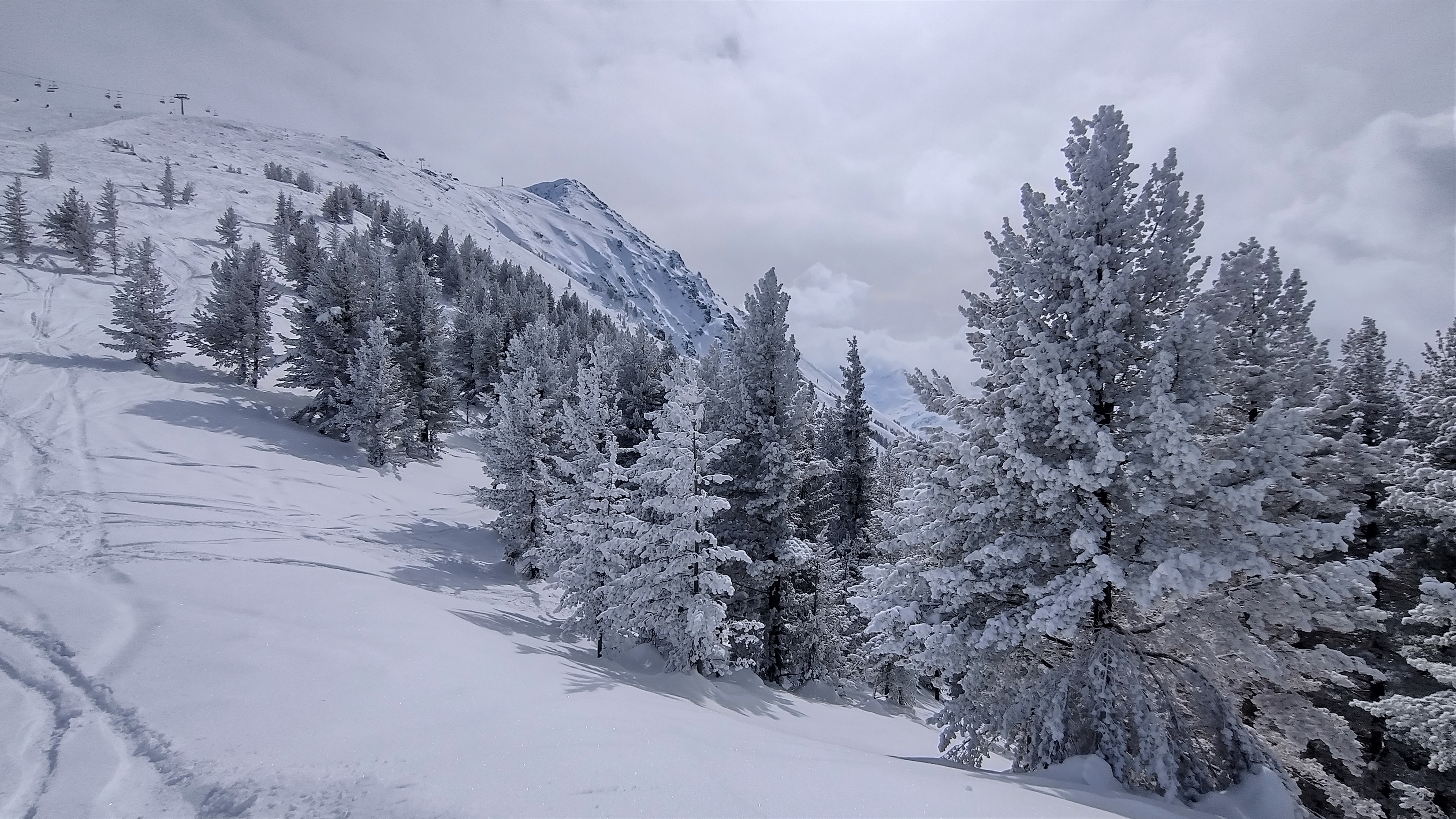 All slopes are open, in great condition and perfectly maintained. We have snow till downtown Bansko and the ski road is still great. In comparison, a couple of years ago at the same time of the season we were already going down with the gondola as there was no snow for the ski road.

As the high season is gone we can now enjoy the non crowded slopes. They are staying in very good condition till the end of the day and the snow is soft and forgiving. Only early in the morning is a bit hard. No queues for the gondola and no queues for the chair lifts up the mountain. Only this Saturday was a bit busier, but this was due to the Freeride World Qualifier that took place in the resort. 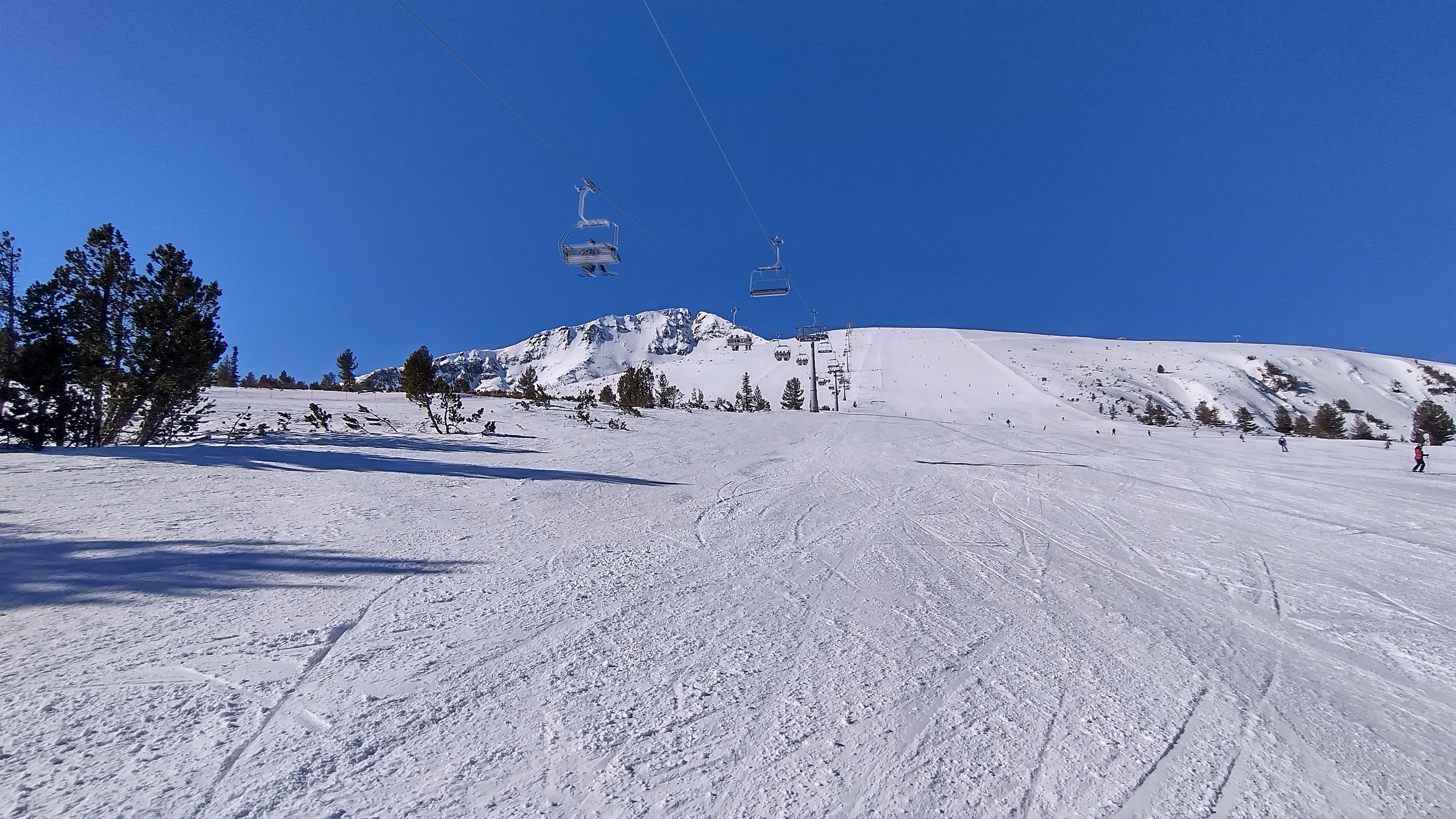 Slopes are almost empty and in great snow conditions 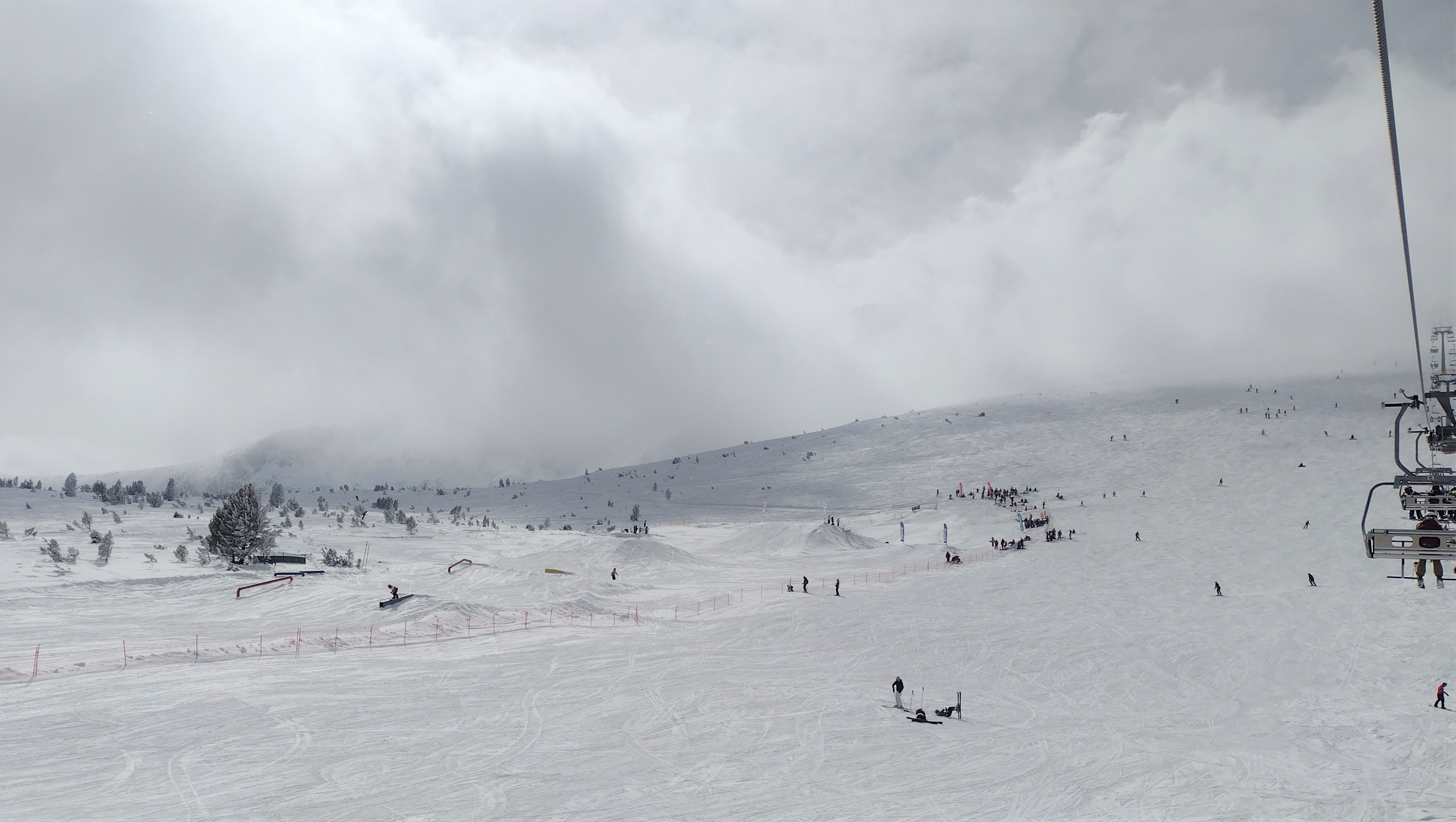 A State Championship in snowboarding at Plato

The bigger event – Bansko Freeride World Qualifier 3* (WFQ) went as it was planned. The start was on the 19th of March – Saturday. A great competition to watch, as it took place at the North face of Todorka peak and it was spectacular indeed. The organization of the event was at top level. There was a FAN ZONE built at 2550m, which was the highest fan zone ever built for this kind of event in Bulgaria. The competition lasted more than 3 hours and it gathered hundreds of spectators to watch it. 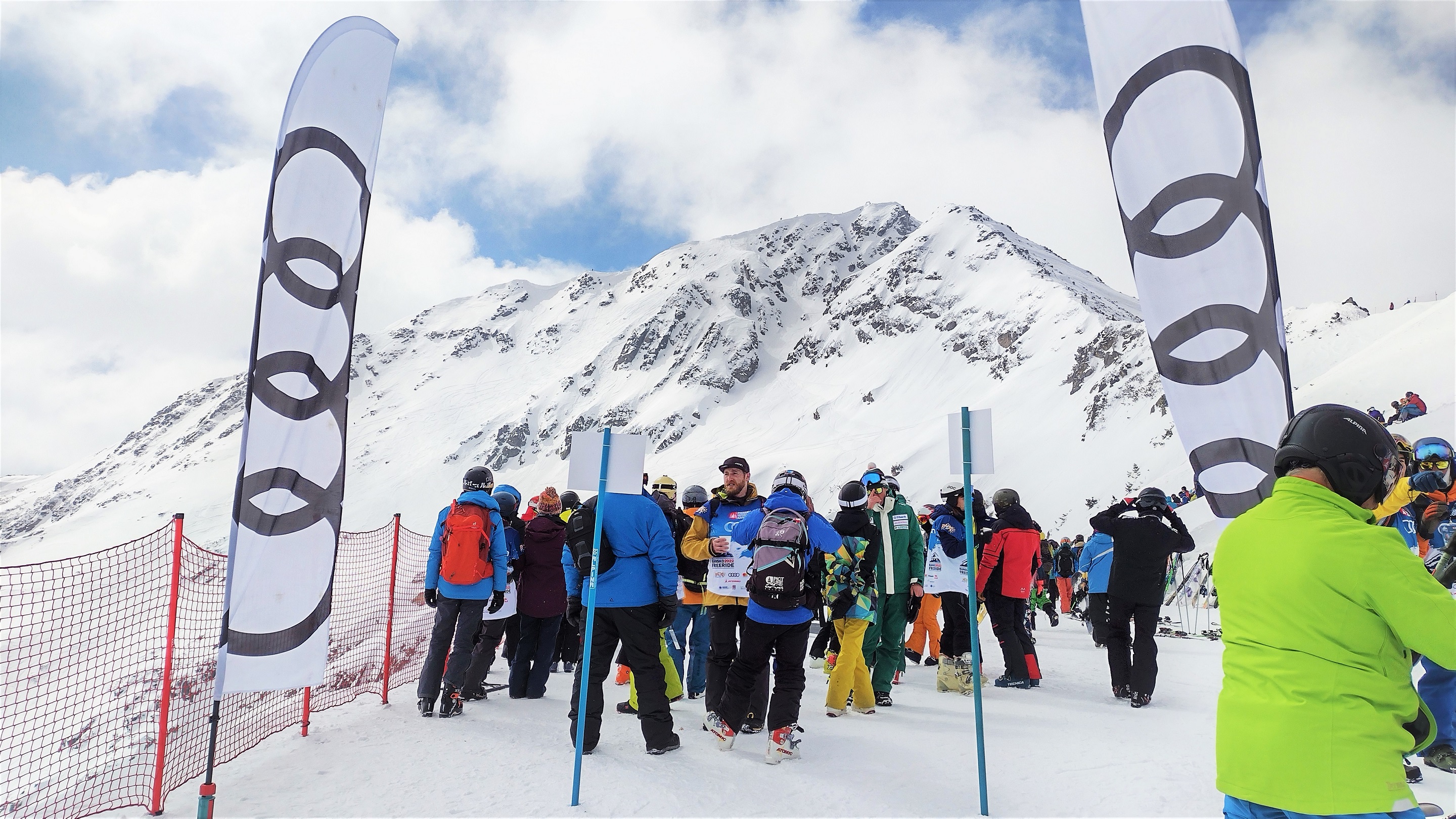 North face of Todorka peak, where the WFQ took place