The conditions for skiing this week were more than perfect. A lot of new fresh snow, cold temperatures, and a little bit of sun: this will be the focus of today’s snow report!

Last week finished with a lot of snowfall and this week it continued. In total, we had 7 days of snow, in almost 5 of them, it was snowing also in town! The temperatures were below zero, but it starts to look like spring. We have more sun, no winds, and temperatures slightly above 0°C the last three days. 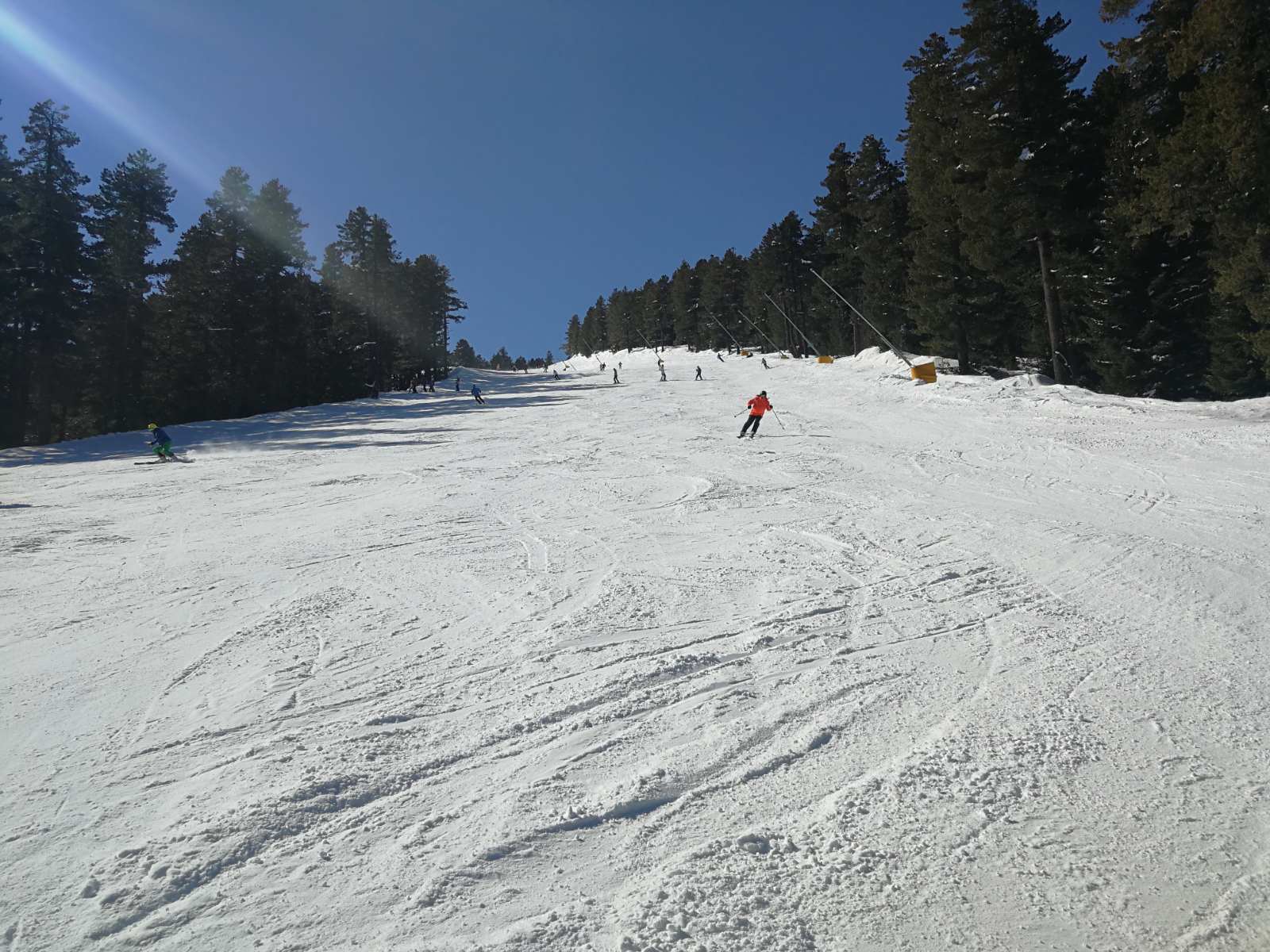 In the upcoming days, we expect some rain. Most probably it won’t turn into snow, because the temperatures are expected to stay above 0°C.

Hopefully, even if it’s raining it won’t affect the snow cover much. At the moment, there are 230 centimeters at the top of the mountain. At Banderishka Meadow it is 165 centimeters and there is even some snow left in town. The end of the ski road is still well covered, but in the afternoons it’s really slushy, so many people won’t like trying it. 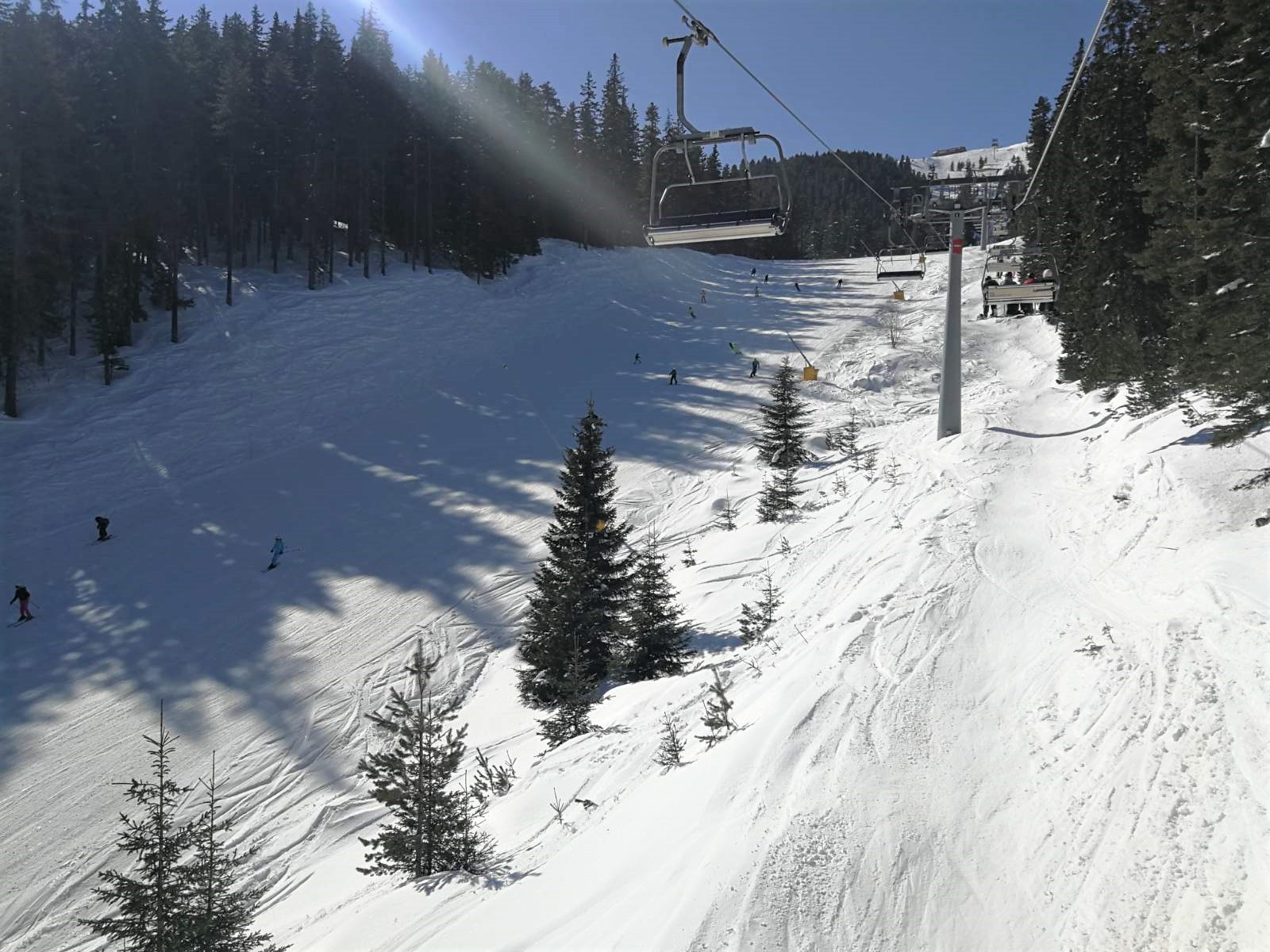 This weekend was very busy: not like we used to see it in previous seasons but in comparison with season 20/21. We have many new guests from Israel, who were not allowed to travel until now. 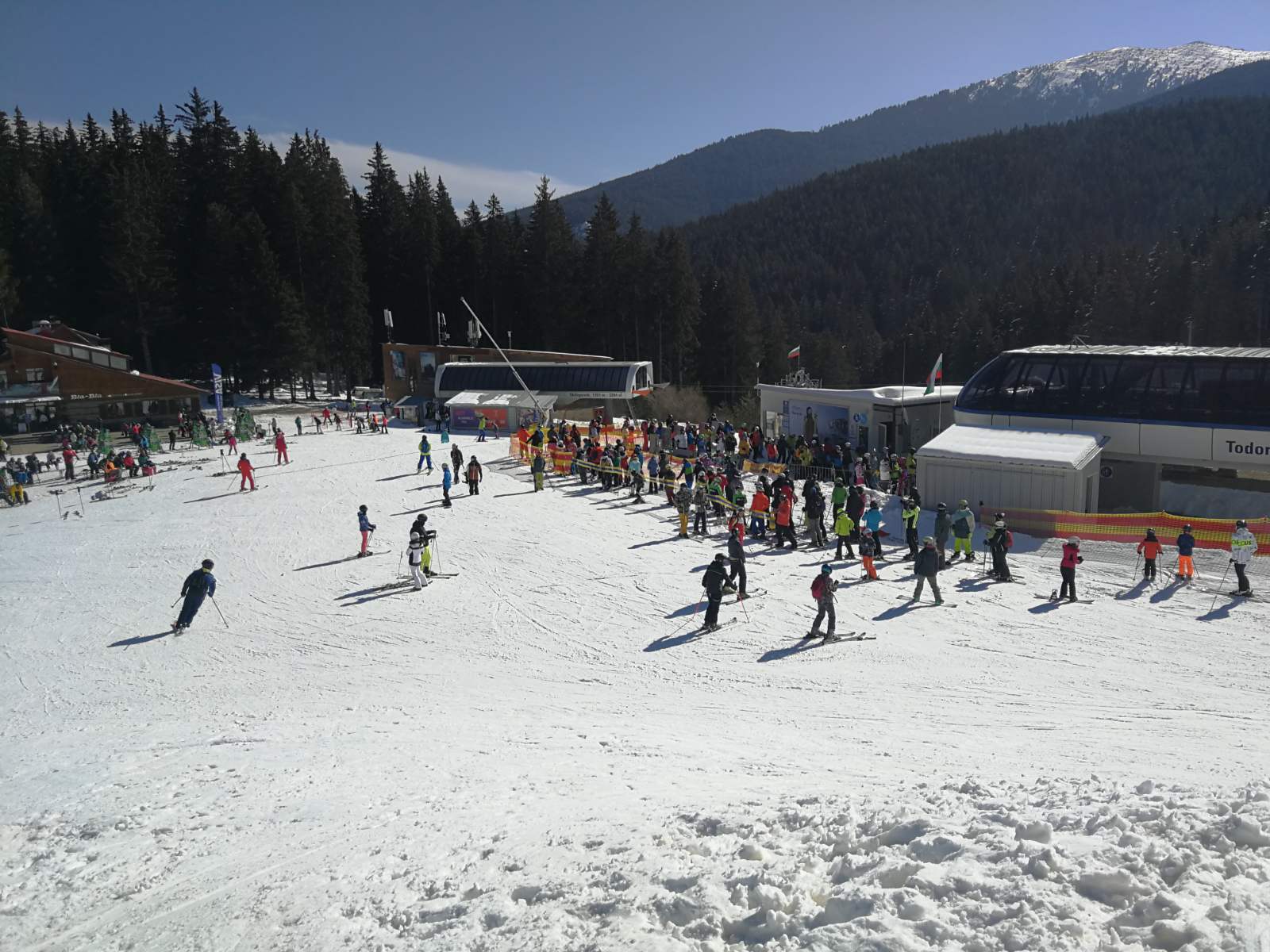 The queue at 6-seated chairlift Todorka, leading to Balcaniada and Banderitza Runs.

In the early hours of the day, there was a queue at the gondola, with a waiting time of around 30 minutes. Also on top of the mountain, there was waiting for some of the chairlifts, which varied between 10 to 20 minutes. Obviously, when everything is under lockdown and there are not many options for some fun, many Bulgarians prefer to hit the slopes. Starting from Monday, the 22nd of March all restaurants in Bulgaria are closed for visitors. I should note, that not just the slopes, but the bars were busy also! Waiting time for a beer at the bar was also long- 20 minutes! 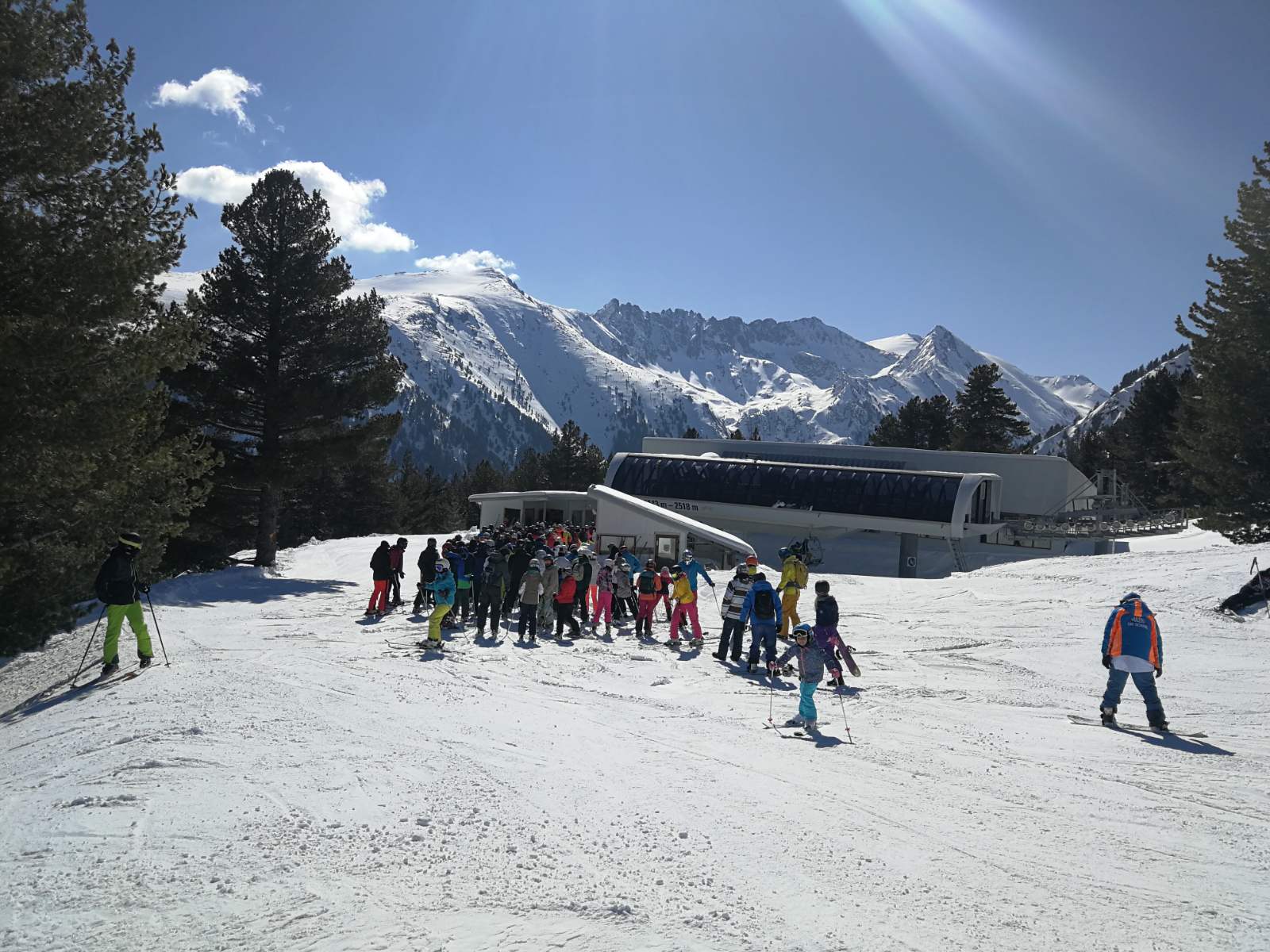 The chairlift to Plato Run.

It gives an impression, that all of the surrounding tops: Kutelo, Todorka, and the mountain furrows are full of ski and snowboard traces. This is very dangerous at the moment! The risk of avalanches is still very big! When talking about fresh snow and its mixing with the already fallen snow, this risk is much increased. Off-piste is not allowed! Please, be careful! Тhe resort management has observed that too many people are going to the top of the mountain in order to ski off-piste during last weekend and on Monday. This resulted in the closing of the chairlifts Plato and Banderitza 2 for 2 days. The goal was to reduce the avalanche risk. Fortunately, there were no accidents in the mountain.

All of the chairlifts and slopes were open today! It’s very pleasant to write this in a snow report at the end of March! Usually, at this time of the season, everything starts to close slowly, because of melting snow, spots on in the snow, or decreasing number of tourists.

The end of the Kolarski Ski Run with a good view of Banderishka Meadow!

The slopes are very well-groomed. Especially in the morning, skiing is at a top-level. As previously written, in the afternoon in some places (usually where is sunny), the snow is slushy. The busiest ski lifts are the beginner slopes around Banderishka Meadow and these leading to the top.