Bansko is a favorite destination for many people during the Christmas and New Years holidays and there is much to do other than skiing. One of the most interesting things you can see is the Starchevata Festival, which takes place in the neighboring town of Razlog (6km away). This festival marks the beginning of the New Year and takes place in Razlog’s town square at around 11AM on the 1st of January every year. During the traditional festival hundreds of people from Razlog and the surrounding area dress up in traditional Bulgarian clothing and costumes and parade through the city center. 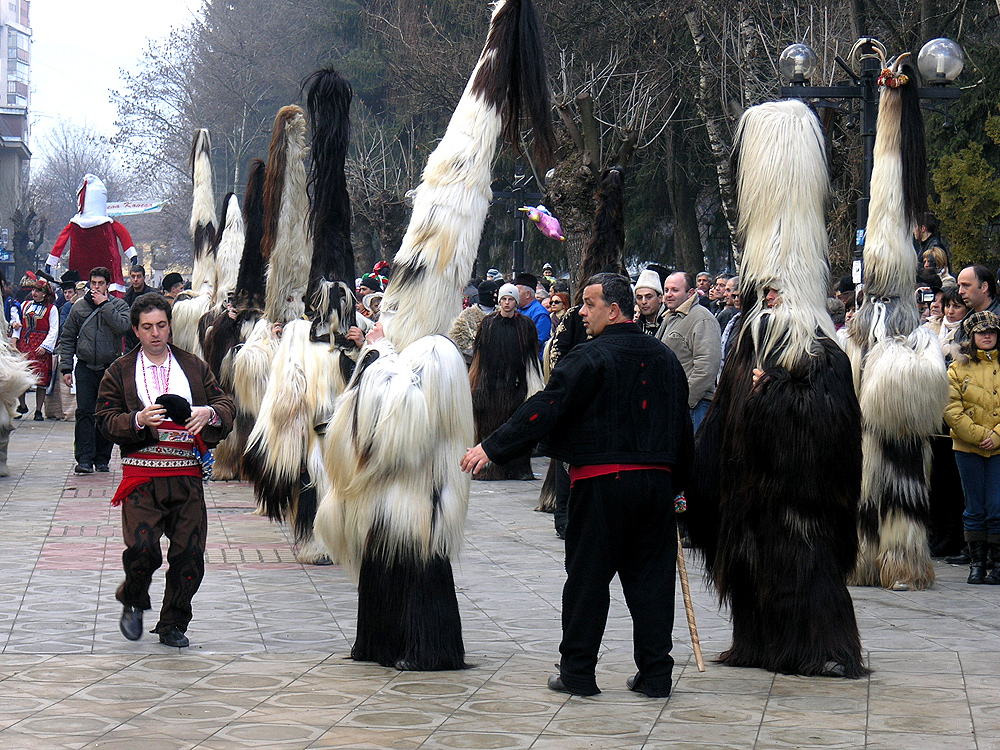 The festivities start in the morning when each of the 7 neighborhoods of Razlog gather in groups and start making their way towards the city center. Participants wear traditional Bulgarian clothing, which is often hand made and costumes. Kukeri are elaborately costumed men who perform traditional rituals intended to scare away evil spirits. Their costumes are truly interesting and some can cost several thousand euros, while others make their own from animals they have raised. Armed with bells and masks, the kukeri play a central part in the town festivities and are the main attraction. 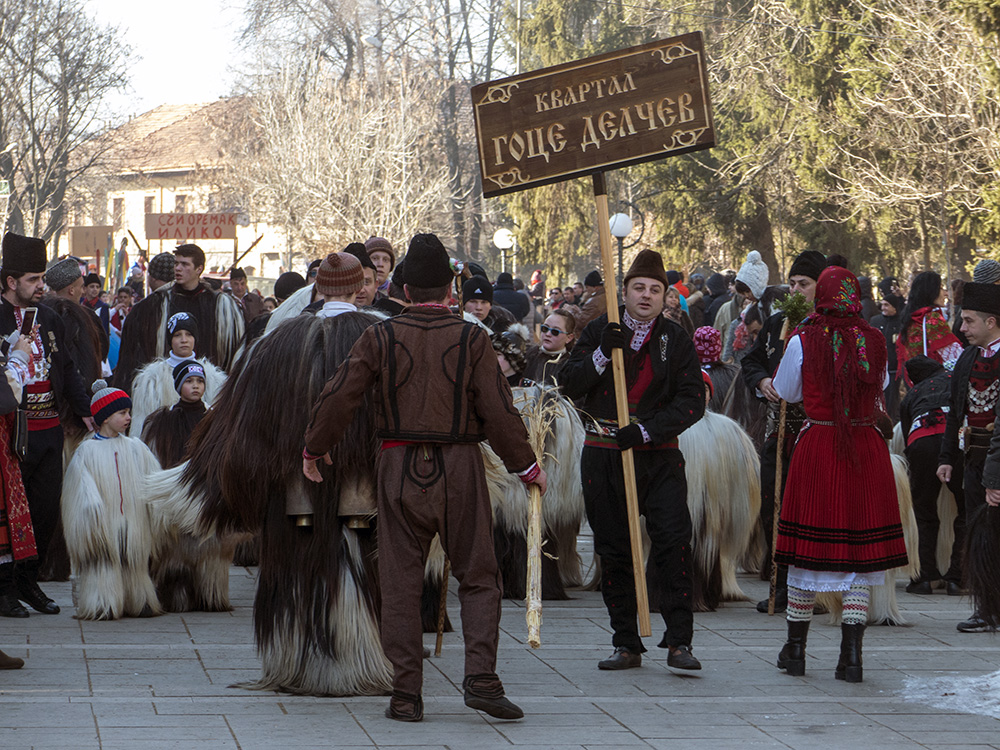 Goce Delchev neighborhood getting ready to enter the main square and start their performance.

The whole festival can also be described as a competition among the neighborhoods, where everyone is trying to outdo each other. After each neighborhood has gathered in their residential area, they make their way one by one through the town square, where they are welcomed by spectators. In the end those who thrown on the best show with the best costumes are proclaimed the winners and get to carry that honor for the rest of the year. 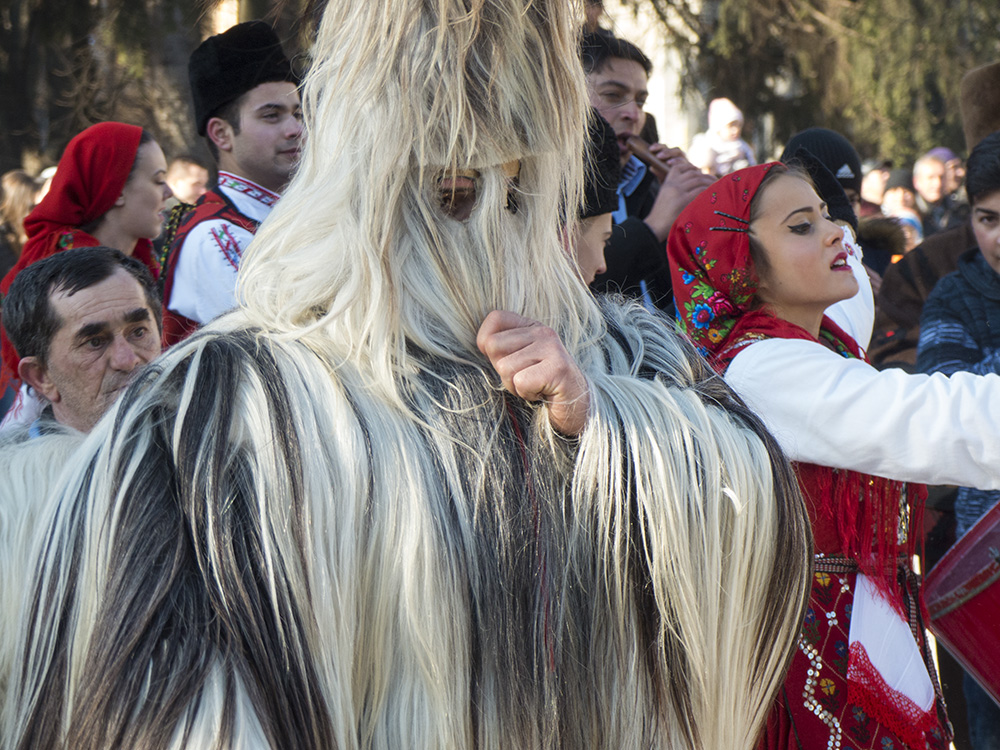 Other than kukeri, you can also find clowns and bears (people dressed as bears, not real ones) and other fun characters. The clowns in the parade aren’t very traditional though, as their main goal is to be funny. This year some of the funnier clowns were a guy dressed as Santa Claus, a bunch of people dressed in retro ski clothing (they even had their own bus decorated for the event) and many more. Support vehicles are not uncommon and many neighborhoods customize a bus or something similar to be part of their parade.

Another character in the parade is the bear charmer. These are people dressed in bear trainer costumes with multiple other people dressed as bears chained to them. The tradition is for the bears to come and pick you up by the feet, so that good things happen to you in the new year. 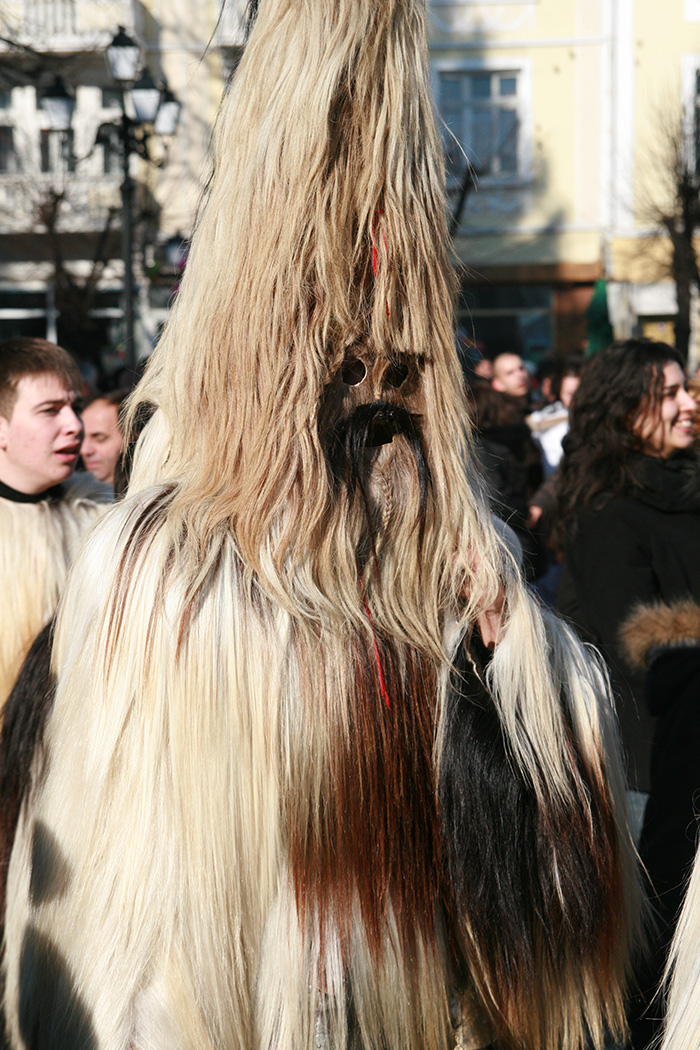 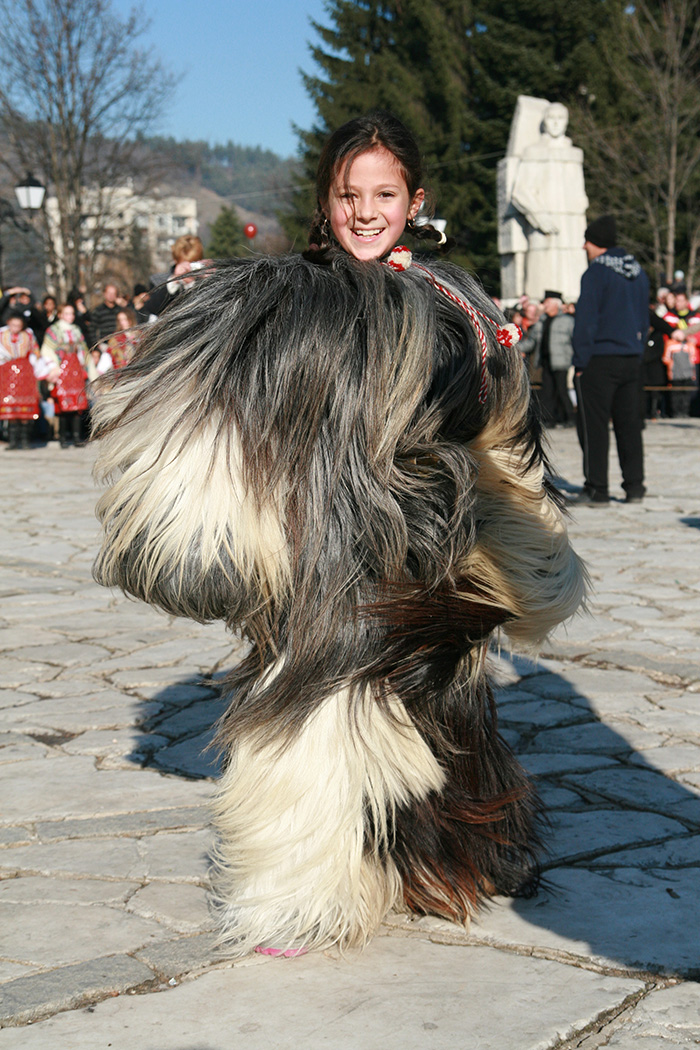 If you can’t make it out to Razlog for the festival, there is a smaller one in Bansko’s town square as well.